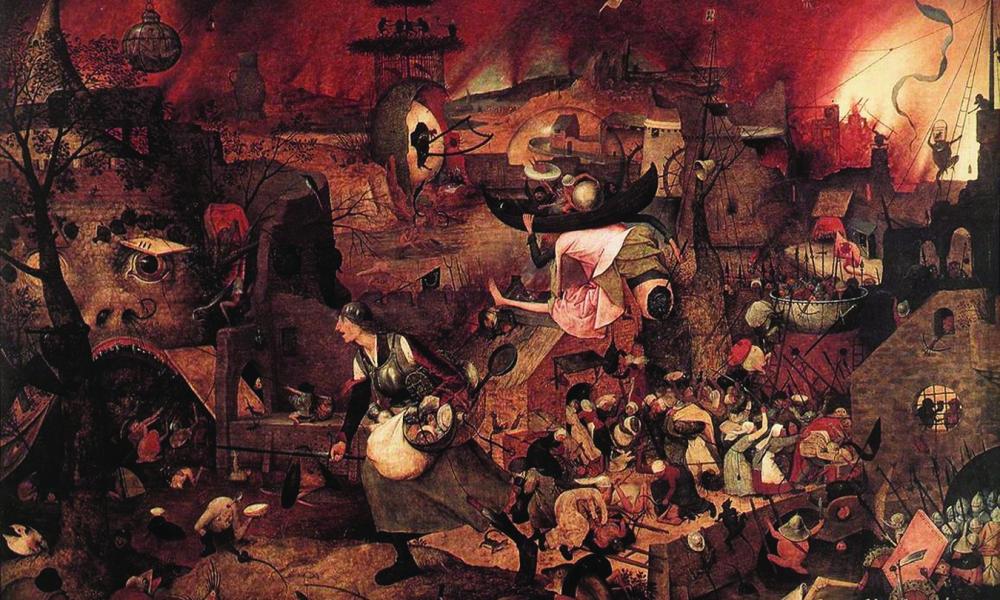 FAITH interviewed Father Gladstone Stevens, who is vice-rector of St. Mary Seminary, Baltimore. Father Robert Schoenstene is a Scripture professor at Mundelein Seminary in the Archdiocese of Chicago.

Q. If God created everything, did he create evil?

Father Stevens: Isaiah says ‘yes.’ If he didn’t, then there must be another creator. The question is, what do we mean by evil? In 2 Is 45, God says, “I am the Lord. I have chosen Cyrus ….” The Jews were in exile in Babylon and Cyrus, king of Persia, lets them go home. For Isaiah, Cyrus is the anointed of God. This goes along with the question of how God works in history. Somehow, this empire builder, Cyrus, is doing what God has in mind at the time. God says, “I am the Lord, there is no other. I create light; I create darkness. I create shalom; but I also create rah (evil).” Some translations balk at that; they’ll say woe or bad times, but Isaiah is being very blunt there. The reason is that the religion of the Persians, Zoroastrianism, posited two equal powers – good and evil. They are locked in battle. Isaiah does not want to posit another god, he wants to posit the unity of God. But by evil, Isaiah probably has in mind the Babylonian exile, which God has created. But now God has created the Israelites’ return. What looked like evil is now good.  God is behind it. The problem is what we perceive as evil may not work out that way.

Systematic theologians would say that God permits evil. There is a mystery here. God did not create moral evil, but he created the ability to choose it. We don’t know good unless we know evil. The freedom that comes from God gives us terrible possibilities, and the sad reality is that humanity so often makes the wrong choice. Augustine’s view is that moral evil is a lack of being. It’s a denial of  real being, which is good. But what you don’t want to do is propose a dualism, where God created good but then the devil came and made everything bad.  People blame the devil for a lot of stuff he doesn’t have to do.

Father Schoenstene: Nope. This is something we recognize deep within our tradition. St. Augustine recognized this possibly more clearly than anyone else: Evil is the privation of being, not a being. Pure evil would be nothing. We can look at Exodus – when God encounters Moses, he says “I AM” – I am not one being among others, I AM being. I am the one who is. God is that from which other things receive being. So, the more we depart from God – through sin, through evil – we more we depart, not only from God, but from existence itself. Evil arises from our free will to depart from God.

Who is that philosopher?

Prior to studying theology, seminarians study philosophy, which is defined as “the love of wisdom.” Many great theologians have thoughts rooted in pre-Christian or other philosophers, or learn from the arguments against them. We are going to profile some of them in this series.

Thomas More was born in 1478 in England, and was well known as a lawyer, author and statesman. He was married to his first wife, Jane in 1505 and she bore him four children. Jane died in 1511 and he married his second wife, Alice, who was a devoted stepmother. More also adopted her daughter from a previous marriage.

What did he do?

Sir Thomas was the undersheriff of London from 1510 to 1518. He had a reputation for honesty and honor and was appointed chancellor to the king in 1517. He was a scholar and historian, well known for his fictional work, Utopia, a term he invented. Utopia is an imaginary island nation with perfect order. In it, there is religious tolerance and no private property.

What is he best known for?

More assisted King Henry VIII with his Defence of the Seven Sacraments, a response to Martin Luther. When Henry wanted an annulment for his marriage to Catherine of Aragon, he fired Lord Wolsey, the chancellor who had failed to procure it for him, and appointed More in his stead. At this point, the king began his famous claims that the pope was the bishop of Rome only, and therefore had no authority over the entire Christian church. Although More initially supported Henry, he became increasingly convinced that Henry was lapsing into heresy. More was deeply concerned about heresy and  the growing Protestant trend in England and had written refutations of Tyndale’s Lutheran tracts.

How did he die?

In 1534, More refused to sign the Act of Supremacy, which made King Henry the head of the English church. He was imprisoned in the Tower of London and beheaded. The church recognizes him as a martyr and he was canonized in 1935. In 2000, he was proclaimed the patron saint of politicians.

God and the arts

Many philosophers and theologians, such as Hans Urs von Balthasar, believe that the human creative drive is a reflection of the divine creator. Throughout history, artists of all kinds – from poets and painters to sculptors and songwriters – have attempted to express their understanding of God. Each month, FAITH presents a sample:

The world is charged with the grandeur of God.

It will flame out, like shining from shook foil;

It gathers to a greatness, like the ooze of oil

Crushed. Why do men then now not reck his rod?

What do you believe about God the Father as he relates to the Holy Spirit?

Do you think that the Father, the Son and the Holy Spirit are three “offices” of the same one God? So that God as Father creates, God as Son saves and God as Holy Spirit is with us now? If so, this is the heresy of modalism. The church teaches that God is three distinct persons in one being, the Godhead. A major proponent of this heresy was Sabellius, but it was rejected by all the early church fathers.

Bible Quiz – Where in the world …

It has a famous river, a beautiful queen, pyramids and sarcophagi. Many biblical characters spent time there, from Joseph to Moses. When they were being hunted by Herod, Mary and Joseph fled there with their new baby. What is this land that has been both prison and refuge?

From the Latin for “three-cornered,” the triquetra can be interpreted simply as being a triangle, but it has also absorbed the form of another shape, the vesica piscis, or “bladder of the fish.” This shape is formed by two intersecting circles and resembles a lens. The triquetra combines allusions to the early Christian symbol of a fish, eternity as represented by a continuous line, and the Trinity.