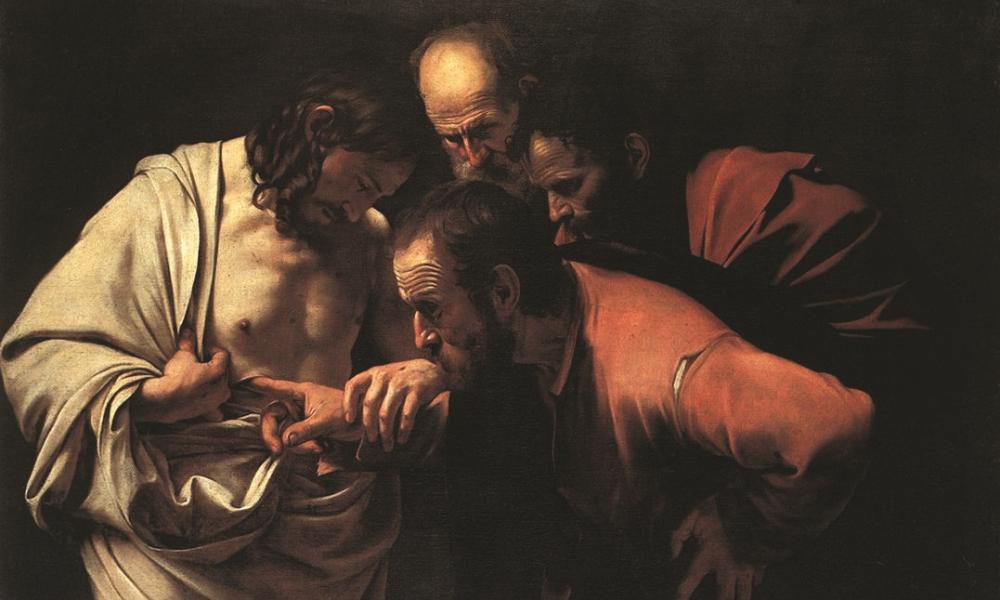 The creed Part 5: What do we believe about Jesus Christ?

what do we believe about Jesus Christ who descended into hell and rose again on the third day?

Years ago a rather prominent preacher and his wife were discussing the beauty of the Easter season. The wife was moved by the music, the love and joy of the season. As the camera zoomed in on her, she said to her husband, “At this time of year, everything seems to be coming to life. It feels so wonderful to be a Christian. I’d believe all of this even if it weren’t true!” The audience applauded.

St. Paul would not have tolerated such thinking. The resurrection of Jesus either happened or it didn’t. Christianity either stands on reality or it doesn’t

Perhaps it is helpful to remember that we have two primary Creeds in the Church. The Nicene Creed, an expanded creed, coming from Church councils – which clearly articulated Church teaching and belief – says that Jesus died, was buried, and on the third day rose.

The wording of the Apostles’ Creed itself throughout the centuries has changed from “descended into hell” to “descended to the dead.” We are told Christ “preached even to the dead” and “Christ went down into the depths of death so that ‘the dead will hear the voice of the Son of God, and those who hear will live.’” (1 Pet 4:6, CCC 645) Jesus really died, and therefore was among the dead, the faithful departed, until He was risen.

Back to the Resurrection: The resurrection of Jesus from the dead is the bedrock fact of our faith. It is the heart of the Good News about Jesus. The conviction that Jesus physically rose after death is so central that St. Paul was led to say, “If Christ has not been raised, then our preaching is in vain and your faith is in vain.” (1 Cor 15:14)

What was the risen Jesus like? Exactly how did the disciples experience Him? What seems certain yet mysterious in the Gospel accounts is that Jesus was truly transformed through the Resurrection. He was experiencing an utterly new kind of existence.

The resurrection of Jesus was not a resuscitation, nor a waking from deep sleep. Resurrected life is not merely a continuation, after death, of the kind of earthly life we experience. It is, rather, an entirely new way of living, a new relationship in and with God.

When Christ appeared to the apostles after the Resurrection, His body was glorified. It was not confined by space or time. Closed doors did not bar Him. Yet, He was not a ghost. His was a real body, but glorified, not belonging to earth, but to the Father’s realm.

And, as always, this mystery of our faith says much about Jesus but it doesn’t end there. If it is true, if it is important and significant for our faith, it also says something about us. It says that we, too, are ready to be transformed. Because the new life of Jesus rises in us, we rise to new life as well.

We certainly believe that we are invited to share eternal life with God when we die, but this new life also begins right now. The resurrection of Jesus calls us to a new life, a new way of living, a new way of seeing things now – a different way than the world sees, believes and acts.

The Resurrection is as revolutionary and challenging to us as it was for the apostles. Are we really aware of its meaning and ready to live all of its implications?

We pray what we believe: 3 ways to merge your spiritual path with the road to Emmaus

The story of what happened to the two disciples on the road to Emmaus is a beautiful incident. (Luke 24:13-35) They are filled with the anxieties and disappointments.

“Are you the only one around?” they ask the stranger who joins their company, “that hasn’t heard about what’s happened in Jerusalem in these days?”

Jesus makes them see the problems of their life and the events of their world in the light of Scripture. He really gives them a vision of life from God’s point of view. They become excited about the different view this gives them of the reality they’re experiencing. However, they do not recognize Jesus yet.

They offer Jesus hospitality. Then they come to recognize Jesus in the “breaking of the bread.” This alludes to both bread of hospitality – being open and receptive to another – as well as the Bread of Life, the Eucharist.

It’s very interesting what the two disciples do after they have recognized Jesus in the breaking of the bread and He disappears. They return to Jerusalem.

They are converted, literally “turned around.” They go back to tell the others of their experience of the risen Lord. They join the others who will spend the rest of their lives witnessing to the risen Lord and the Good News – Christ is risen!

The Resurrection is meant to turn us around. When life gets you down, ask yourself:

1 Do you think you must have it all here? At times, do you find it hard to share what you have with those who have nothing, and get by with a little less?

2 Do you take time to offer hospitality, companionship and friendship to those you encounter – and those you don’t see across the globe – on your journey through life?

3 Does the message of the Resurrection cause you to have more awareness of the presence of the risen Lord in all the moments of your day?

Jesus’ challenge calls to us to be His effective witnesses in a world that is hurting and in need of peace and healing.

The Emmaus incident models the structure and celebration of the Mass. First we have the Liturgy of the Word where an account of God’s relationship with God’s people is proclaimed, and the homily applies the Word of God to today’s life. We then celebrate the Liturgy of the Eucharist where we share, not just the bread of fellowship and hospitality, but the very Bread of Life.

1. In the accounts of the Resurrection, what is the significance of eating?

In the shore side meeting in Galilee, Jesus eats fish with his disciples. He also eats in the Emmaus episode and at least one other time when He upbraids the disciples for being afraid and thinking that He’s a ghost. Jesus tells them to touch Him, and eats in their presence.

When the Word became flesh, people couldn’t believe He was God. Now that He is risen, it is tremendously important that people remember that He is human. His eating food is a way of affirming the Incarnation. The Resurrection doesn’t mean that Jesus finally went back to being God again. He never ceased being God. And He never ceases being human.

Eating is a simple action. It is very ordinary. We who are witnesses to the risen Lord have to look for his presence in the ordinariness of our own lives. Even more we have to bring the risen Lord to the ordinary parts of the life we share with others in a way that seems natural and normal – like eating.

2. Why does the risen Lord still bear the marks of the wounds?

Life is a continuum. Resurrected life is not something completely separated from this life. For Christ, the wounds caused by the nails and the spear became emblems of victory. Our sufferings will continue to have meaning, too, for all eternity.

In one of the Gospel episodes, the women come to the tomb and find an angel sitting there who asks them, “Why do you seek the living among the dead?”

The same question might be addressed to us. Perhaps we don’t look for the risen Lord in the right places. We think that the less human we become, the more like God we become. That the more “celestial” we try to be, the closer to God we will get. We do more looking than doing. Perhaps we don’t look with faith. God is in the small moments, the ordinary moments and actions of everyday life – if we but just look with faith and recognize.