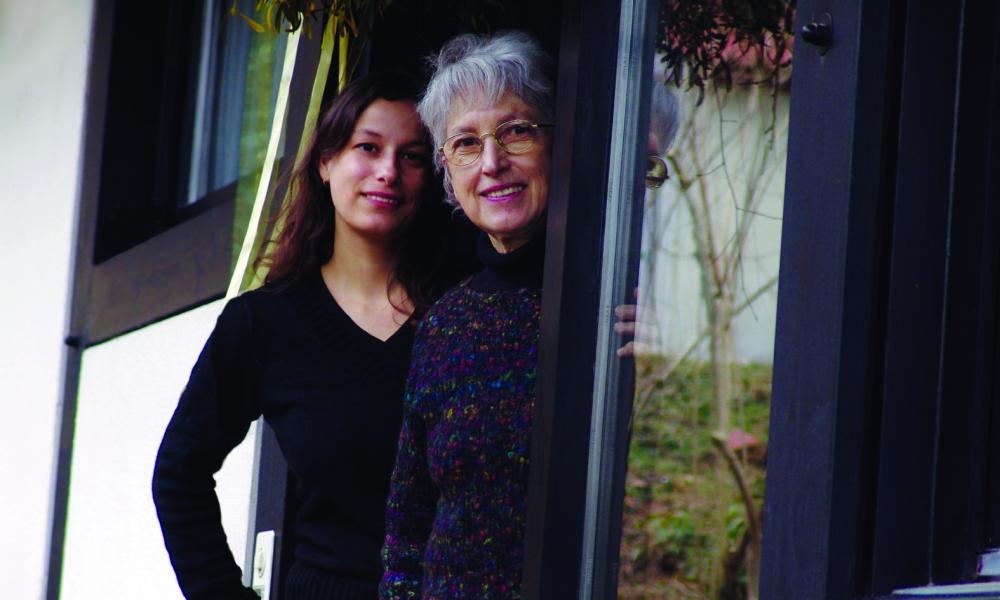 When I was very young, I was introduced to the world of gasoline, grease, oil, brake linings, inner tubes and all manner of supplies for cars. My father owned a gas station and he repaired cars as well. The men he associated with were, in some respects, rough and tough – but they were also honest and kind. I liked to be there, to ask questions, to learn. But, as I grew, I also began to see a genuineness, a sincerity about them. They were men of their word. I liked them. Later, my father also managed an interstate truck terminal and many truckers would stop for food and a rest before traveling on. I got to meet many of the “regulars” and they always treated me with deference and respect – even standing if I walked into the main area. Why? Well, I think my father had made it clear: This is my daughter. Treat her as I do – and they did, with never an exception.

What does this anecdote have to do with the Gospel of Mark? In Mark 4:31-35, we read: “And his mother and his brothers came, and standing outside, they sent to him and called him. And a crowd was sitting about him; and they said to him: ‘Your mother and your brothers are outside, asking for you.’ And he replied, ‘Who are my mother and my brothers?’ And looking around on those who sat around him, he said, ‘Here are my mother and my brothers! Whoever does the will of God is brother and sister and mother.’”

It is a pivotal passage for any true disciple. Jesus was telling them that they, too, could be in as close a relationship with him as our most intimate family relationships. The litmus test was whether you were willing to do what he asked. To the extent that you were, you were drawn into the circle of those who had the same desires, the same goals. Jesus is extending the same invitation to each of you who read this column. Because God’s word is living, it has the power to make that call real for you at this moment. Jesus is inviting you into a circle of brothers and sisters who want the same thing – to be intimately united in will and purpose; to be one family.

There were men my father could no longer employ because they didn’t have the same work ethic or the same honesty. Sometimes he would have talks with them and they would grow and change. Sometimes they chose not to grow and change and they were the less for it. But those who did were friends for life.

That is what Jesus wants for us – his sons and daughters! He wants friends, not just for life here, but for eternity. He wants a family of sons and daughters who are intimately bound to him with affection and trust and a commitment to follow his plan.

At my father’s funeral, a man walked up to me. I knew he was a friend of my dad’s, but I did not know him well. He took my hands, expressing his sympathy and then he said, “Do you know, your father bought me my first pair of shoes when I was 14. My family had nothing, but your dad believed in me and helped me. I will never forget – even beyond the grave, I will never forget.”

That’s the kind of relationships we all need – and we need to work to build them and to receive them. It begins by taking Jesus’ implicit challenge in these few verses to heart. Whoever does the will of my Father is brother and sister and mother to me.”

1) Doing our own will, our own way, gets us into trouble. Ask the Lord for grace to surrender our stubbornness and close-mindedness so that we can be open by grace to hear his voice say to each of us, “Come, follow me.” Jesus does want a personal relationship with you and then he wants to bind you to other like-minded individuals, who also are seeking God so you can help one another.

2) Read the first four chapters of the Gospel of Mark

• If you want, you can read the whole Gospel to get an overview, but, mainly, over this next month, spend most of your time on the first four chapters. Just read and re-read. Let God’s Spirit convict and challenge and change you.

• Mark’s Gospel is the shortest of the four. Many biblical experts see this Gospel, which has all the earmarks of an eyewitness account, to actually be the first Gospel written. It was probably composed somewhere around 65-70 AD. It is believed that the eye-witness of Jesus from whom Mark got the material for his Gospel was none other than Simon Peter.

• Mark was a cousin of Barnabas and traveled with him on some of the missionary journeys. Later, he was with Paul during the time Paul composed his letters to the Colossians and to Philemon. Finally, Scripture tells us quite clearly that Mark was with Peter (See 1Peter 5:13).

• The main focus of the whole Gospel is the proclamation that Jesus is the Son of God and son of man. The focus of the Gospel is on the mighty acts of Jesus, rather than on Jesus’ teaching. (More about that next month).

Jesus, the Son of God – yes, the Son of GOD – wants a personal relationship with you. Commit or recommit your life to him. When Jesus sees in your heart an honest attempt, with grace, to respond to his invitation, he will draw you more deeply into companionship with him and with like-minded brothers and sisters. There is a sweetness and a strength to that fellowship that are tastes of the life to come.

An experience of saying goodbye – with hope

A young friend of mine (30 years old) died recently of cancer. I was privileged to be with him and with his family and friends in those last weeks and days. It was not easy. Death never is, but I was struck a number of times by the faith that marked everyone present. Many young people in their 20s and 30s did not shy away from death, but were there serving and praying – night and day. It was terribly hard to say goodbye, especially for his wife of just one year. But never did I hear despair or hopelessness. There were plenty of tears and grief – of course. But they were all bound together by the conviction that they would see him again. And they strengthened and held one another up by that certainty. Even Peter, in his last days, could say to me, “Don’t worry about me. I will be all right, but please take care of my wife. Focus your attention on her, not me.” Right then, I marveled that this friend, fighting for breath, should think not of himself, but of his wife. Where does that strength and selflessness come from? It comes from the commitment made some years before that: “God is the center of my life, I want to follow him and I ask him for friends who will help me on the way.”

God supplied what Peter asked for – and so he will do for you, if you tell him that you choose his will and his way above all.

Sister Ann Shields is a renowned author and a member of the Servants of God’s Love. Questions can be addressed to Sister Ann Shields, Renewal Ministries, 230 Collingwood, Suite 240, Ann Arbor, MI 48103