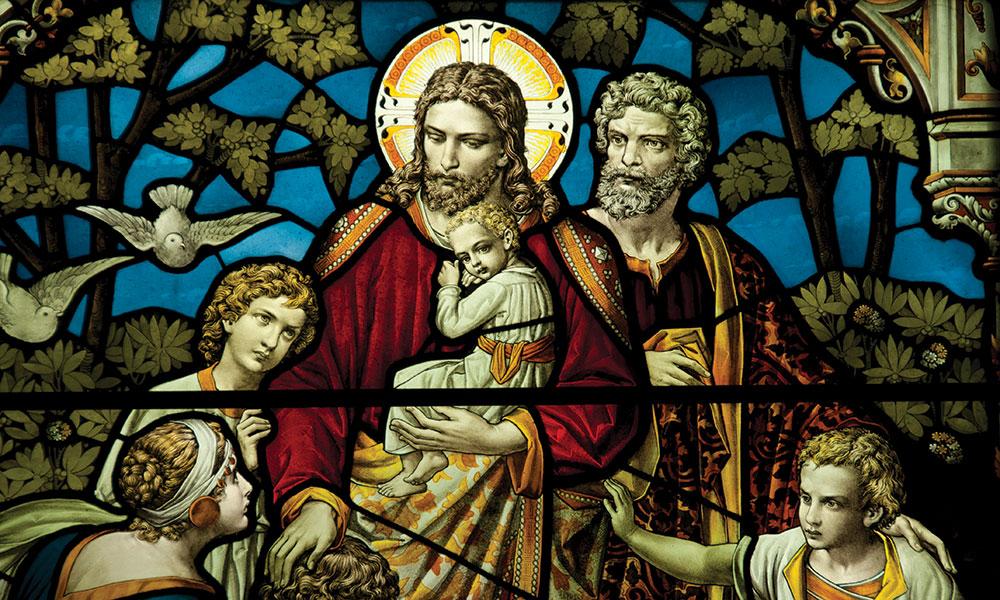 As we move through the Bishop’s Year of the Bible, we continue to consider how each of us, through our baptism, share in Christ’s role as priest, prophet and king. We, the laity, live those roles in unique and powerful ways in both the Church – and perhaps more importantly – the world. As with the roles of priest and prophet, the kingly role requires the need to know God in order to speak about him, and the primary source for that knowledge is the Bible.

Jesus has many kingly titles: King of Heaven, King of Glory, King of the Jews, Christ the King, to name a few. The kingdom of God is spoken of more than 80 times in the New Testament. Jesus clearly wanted the image of a kingdom to be conveyed. When he preached the Gospel in Galilee, he declared “the Kingdom of God is at hand.”(Mk 1:15) We pray for that kingdom to come, here on earth, with every “Our Father.” And each of us is called to open our hearts to him so to reign over our lives as king.

While living under a king is foreign to most of us today, we know that a good king is one who leads with love and justice, caring for all of his people. Historically, however, most kings lived very different lives than those of their people. But with Jesus, we see a new type of king. He is not a king on a velvet throne, dining on fine food and living a courtly life. Instead, he enters into the struggles with his people, living with and for them, offering his very life for them. He is rather a servant king. The Church teaches that the laity are called to follow Jesus in this sort of kingly leadership. Lumen Gentium, a document from the Second Vatican Council, states, “The Lord wishes to spread his kingdom also by the means of the laity.” (LG 36)

“Christ has communicated this royal power to his disciples that they might be constituted in royal freedom and that by true penance and a holy life they might conquer the reign of sin in themselves.” (LG 36) The laity’s kingly office should first be lived within their own souls, having gained some control over their own desires. Once one accepts this royal role in their own life, they can bring renewal and new life to others. “They must assist each other to live holier lives even in their daily occupations.” (LG 36) The laity seek to lead others to this life of peace found in Christ. The laity thus takes up the role of servant king wherever they find themselves in their daily life.

The Gospels show Jesus doing this in his regular encounters with people. He always challenges them, but does not force them into anything. He respects their freedom, but always lets them choose for themselves. He treats everyone, even his enemies, with dignity. And at the Last Supper, he takes the ultimate role of a servant, getting down on his knees to wash the feet of his disciples. He says at the end of that encounter, “Do this in memory of me,” the same thing he says after instituting the Eucharist. He’s saying to all of his followers: “Be a servant in this world, be the humble one who reaches out to serve others.”

Don’t we have an extraordinary example of this in Pope Francis? When he celebrates, he celebrates with joy. He calls all the people to share that joy with him. When he proclaims the Gospel message, he does so in the context of caring for the poor and bringing justice into our world. He makes it a point on Holy Thursday every year to go into a prison and wash the feet of the people, to imitate the way of Jesus. Each one of us is called to be priest, prophet and king; to serve, not as a ruler with might and power and armies, but as one who serves others out of love.