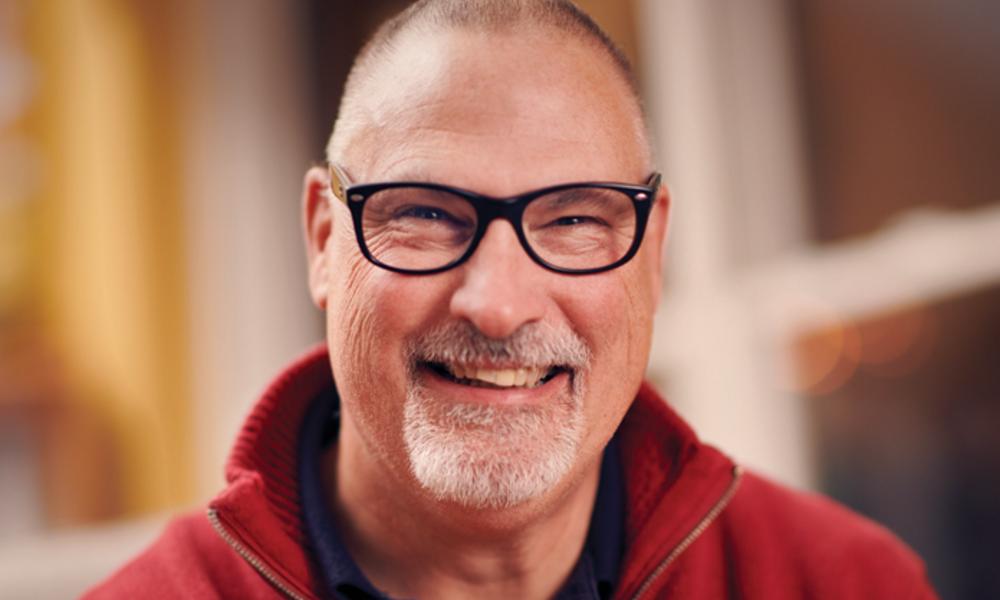 For Chris, men’s conference was ‘what I need…what my family needs’

Chris Cullin signed up, and paid the $40 fee, but as the date drew near for the 2017 Men’s Conference at Our Lady of Fatima in the Jackson area, he told his wife he would not be attending. Spending seven hours at “church” didn’t sound very appealing. But circumstances led to his attendance, and Chris walked away transformed by the experience.

How did you end up attending the conference after having such strong reservations?

I was the Grand Knight for our Knights of Columbus, and I had a district meeting, and they were adamant I had to get a group to go to this men's meeting. I'm a Sunday, one-hour guy. Saturday comes and it was a rare Saturday where we didn't have anything going on, and it was also rare that there was a high of 29 degrees because I am a psycho golfer. If it was in the 30s, and there was no snow on the ground, I would have been playing golf, but I was out of excuses, I had paid, I was signed up and I had a friend going.

What was your first experience at the conference and how did that shape your expectations for the rest of the day?

I pull up and I'm shocked because the parking lot is so full that they’re parking cars like it's the State Fair. This thing was huge, so I’m already sort of impressed. I walk up and there was a big smoker, and there was a pig roast going on, and people are flooding into this place. I sat down and I looked at the clock, and it was 10 a.m. and I thought this was still going to be the longest day of my life. But it was fantastic.

The first speakers … their message was when you receive the Eucharist, you ask for the things you need in your life emotionally and spiritually. I had always been taught at Communion you go back to your seat, you say the Our Father and a Hail Mary and you people watch. But listening to these guys, I thought, “This is what I need, this is what my family needs” – it was a different way of looking at the Eucharist than I had ever considered before.

What was the best part?

Confession. At lunch, I went to get the barbecue, but they had this huge line, so I thought I will go to confession. I'm 55 years old, and I can't remember having confession in my adult life. I'm in line, about 10 deep, and I'm nervous. Really nervous. There is a kid, probably in his 30s, in front of me, and he can see I am nervous. I'm almost ready to wander off. I've already violated a couple of rules: don't make eye contact; don't talk to the person in front of you or behind you. And he says, “Chris, it's going to be great.” And I'm thinking this is the Holy Spirit, because how does he know my name, and I realize that I have a nametag on.

He says to me, “You are not going to believe how good you feel when you're done with confession.” And he was right, it was incredible. I said to the priest, “I don't remember the last time I went to confession.” I am bracing for impact and he says, “Welcome home.”

When I walked out of there, I felt like I was walking on air. I had some barbecue and really settled in. There were other great parts to it. It was just really inspirational seeing all the people, young and old, black and white. I was very apprehensive about it, but it flew by and it was incredibly powerful.

Why would you encourage someone to go to the 2018 Men’s Conference?

It’s not preachy. It’s not homilies. It’s men talking about their faith. One of their messages was that, with the whole world battling all its demons, Christian men are like the white blood cells of the body. We are responsible for keeping out the infections of our society, and being our moral conscience. That's a role that maybe I have not taken as seriously as I should have, but I felt motivated and inspired to live as an example after this meeting.

But I just can’t say enough about confession. I don't know why we don't go to confession more often. It is liberating and a great confirmation of our faith, and what we are taught, like forgiveness. It gives you strength and confidence, and it lets you let go of all the regret, self-doubt and guilt.

I will definitely go back this year.