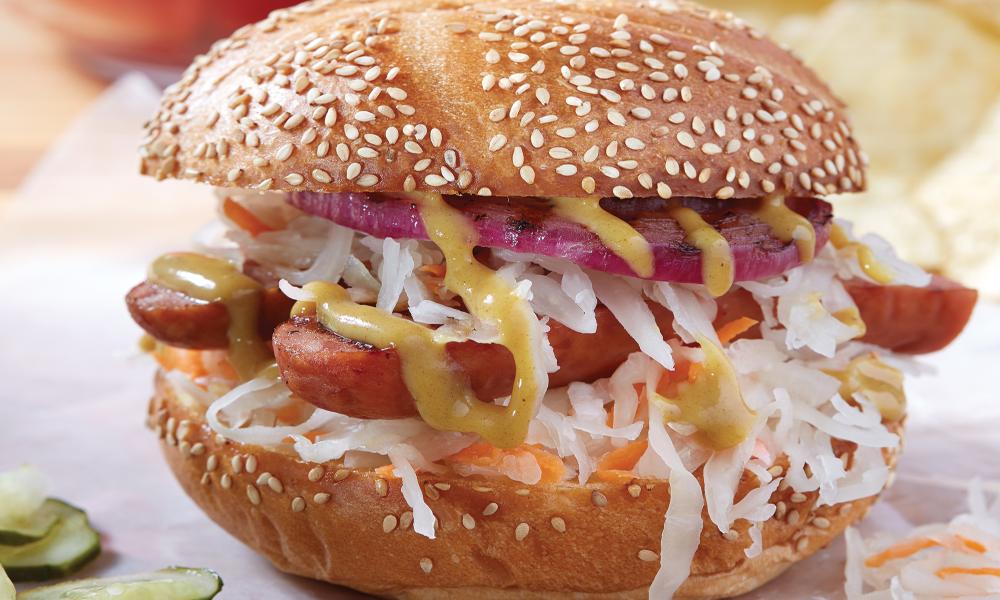 This past Memorial Day was a particularly solemn one for me, and the verse above kept coming to mind as I thought of the brave soldiers who sacrificed their lives for our freedom.

As we were driving to my parents’ house for a barbecue, we explained to our kids what the holiday is all about, and that we wouldn’t be visiting family, grilling or swimming if it weren’t for their sacrifice. As the kids asked questions, my mind shifted from military battle to spiritual battle, and I thought of another soldier – one who was on the front lines fighting to win souls for Christ.

St. Maximilian Kolbe was born Raymund Kolbe in Poland (which was then part of the Russian Empire). He knew at a very young age he was destined for martyrdom when Mary appeared to him in a dream: “That night I asked the Mother of God what was to become of me. Then she came to me holding two crowns, one white, the other red. She asked me if I was willing to accept either of these crowns. The white one meant that I should persevere in purity, and the red that I should become a martyr. I said that I would accept them both.”

He had his marching orders. He left home to become a Franciscan friar, and was later ordained a priest. He founded a monastery, and ran several publications encouraging veneration of the Blessed Mother. After undertaking missionary work outside of his home country, he fell ill and returned to Poland.

When World War II broke out, Poland was overrun by Germany, but Father Kolbe refused to accept German citizenship. For his role in hiding up to 2,000 Jews from the Nazis and for his anti-Nazi publications, he was arrested and transferred to Auschwitz.

There, he was subjected to harsh beatings and other mistreatment. When three of the prisoners from his unit escaped, the commander ordered 10 of them to an underground bunker to starve. One of the selected men cried out, “My wife! My children!” Father Kolbe stepped in to take his place.

Despite horrid conditions and poor health, Father Kolbe’s spirit remained strong and he continued his mission of encouraging others and praying with them. Two weeks later, all but a few of the prisoners had died, and Father Kolbe was one of the few remaining. He willfully accepted death by lethal injection on Aug. 14, 1941.

One the day of his canonization in 1982, Pope St. John Paul II declared Maximilian Kolbe a martyr. He said, “Maximilian did not die, but gave his life ... for his brother.”

Each time I ponder the life of St. Maximilian Kolbe, I wonder what other saints-in-the making are out there in the world today, defending and even dying for our faith. And I ask myself, “Would I ever have the courage to do that?” I think that’s why feast days are so important. They are great reminders of the sacrifices of our holy men and women and the fact that we are all called to be saints. For St. Maximilian Kolbe’s feast day in August, we thought it fitting to memorialize such a courageous saint with a Polish barbecue.

Preheat grill. Cut kielbasa into 4-inch pieces and then butterfly lengthwise. Set aside.

Place sliced onion and sauerkraut on large sheet of heavy-duty foil. Drizzle a bit of olive oil over the top and season with salt and pepper. Fold and seal foil pouch and place on hot grill. Cook for about 10-12 minutes and then flip pouch.

Meanwhile, place kielbasa links skin down on the grill. Cook for 5-7 minutes and flip to other side. Cook for an additional 5-7 minutes or until meat is done and has a light golden crisp. Remove pouch and transfer sliced kielbasa to a large plate and cover with foil. Place open rolls on grill and heat for less than a minute.

Place sliced kielbasa links on each roll and top with sauerkraut and onions. Drizzle with honey mustard sauce.