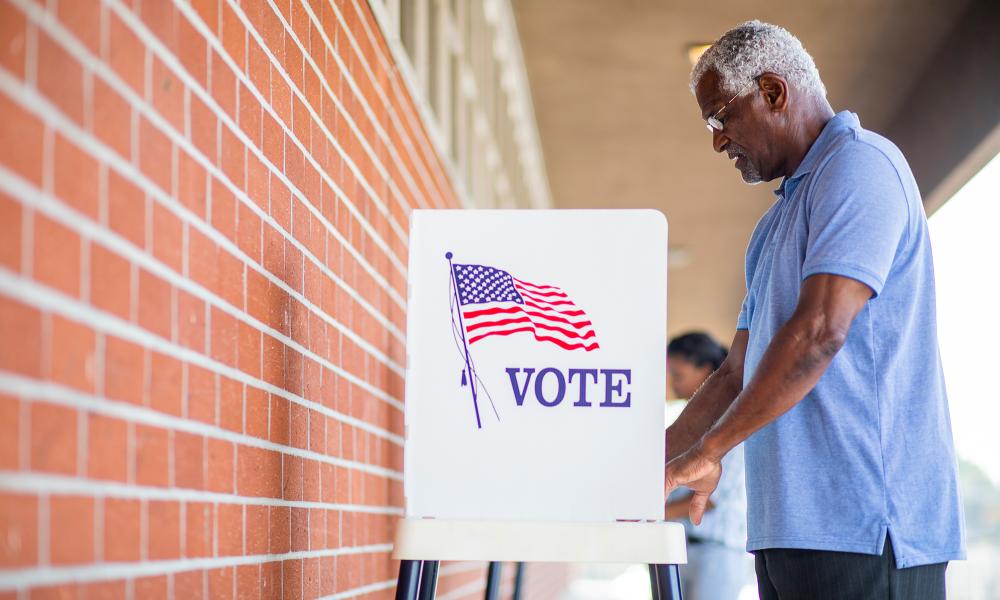 ON TUESDAY, NOV. 6, citizens registered to vote in Michigan will participate in the general election. With a crowded ballot, a great deal of candidate information to sift through and, at times, vocal and bitter partisanship in the public realm, it might be tempting for busy and well-meaning Catholic voters to avoid voting. However, the concept of faithful citizenship teaches that each person has the responsibility to participate in political life – with a well-formed conscience. Furthermore, the principles outlined in the U.S. Bishops’ election document, “Forming Consciences for Faithful Citizenship,” remind Catholics that they can help transform politics. This process is about more than polls, partisan rhetoric and individual interests. Instead, the Church urges Catholics to participate with an eye toward moral principles and the common good.

From there, it is the job of individual Catholics to weigh their choices and make decisions that advance the common good, in light of a well-formed conscience. At times, Catholics of goodwill may disagree on the best way to address or weigh a certain prudential issue; yet protecting the life and dignity of the human person and modeling respectful dialogue are not up for debate.

What is conscience and how does it relate to voting?

Within the document “Forming Consciences for Faithful Citizenship,” a word that immediately jumps out is conscience. The Church refers to conscience as a personal tool that helps people recognize the truth about God, the world and how to live their lives. Conscience is not a feeling, justification after the fact for an action or the internalization of news and facts that fit only with one’s existing political ideology. Instead, it is “the voice of God resounding in the human heart, revealing the truth” of faith and reason and guiding individuals to do good and to avoid evil.”

Closely tied to developing a well-formed conscience is the need for prudence, or “love choosing wisely between the things that help and those which hinder” (St. Augustine). Prudence helps individuals consider the best option for achieving a certain outcome. While the U.S. Conference of Catholic Bishops (USCCB) writes that certain evils must always be opposed – such as abortion, assisted suicide, euthanasia, the death penalty, embryonic stem cell research and racism – there may be other issues in which Catholics choose different ways to respond. Prudence is a key guidance in these decisions.

Proposal 1 asks Michigan voters if recreational marijuana should be legal. Questions about this proposal considered by the Michigan Catholic Conference Board of Directors, which includes the diocesan bishops of the state, asked if this measure promotes the common good and if it uplifts the moral fiber in the state. After careful review, the MCC Board is urging a “No” vote on the measure, citing the harm it may cause for Michigan families, health outcomes, communities and workers. To better understand the marijuana legalization proposal and to consider questions about its impact on the common good in society, visit WWW.MICATHOLIC.ORG.

TIPS ON DEVELOPING A WELL-FORMED CONSCIENCE

The themes of Catholic social teaching can be helpful in forming one’s conscience and preparing for voting.

The Right to Life and the Dignity of the Human Person

Every human person has inherent value, from conception to natural death.

Call to Family, Community and Participation

The institution of the family, based on marriage between one man and one woman, is the key building block in society.

Every person has the right to basic necessities: life, food, shelter, medical care, and religious freedom. At the same time, each has the responsibility to recognize and to protect the rights of others in society.

Option for the Poor and Vulnerable

How the most vulnerable are treated should be the basic moral test of any society, as their suffering is the suffering of the whole community.

Dignity of Work and the Rights of Workers

Work promotes and helps to protect the inherent dignity of each individual. It is a way to participate in the world God has created and to grow as a person in community with others. As such, the economy should put people first, and society should protect the rights of workers.

Each person is part of the larger human family, despite differences in race, ethnicity, income or ideology. Jesus taught that all are called to love their neighbor as themselves.

God created the earth, as well as the people, animals and plants that live upon it. As a result, all Catholics are called to be good stewards of creation and the gifts it provides, protecting human beings and the larger planet.