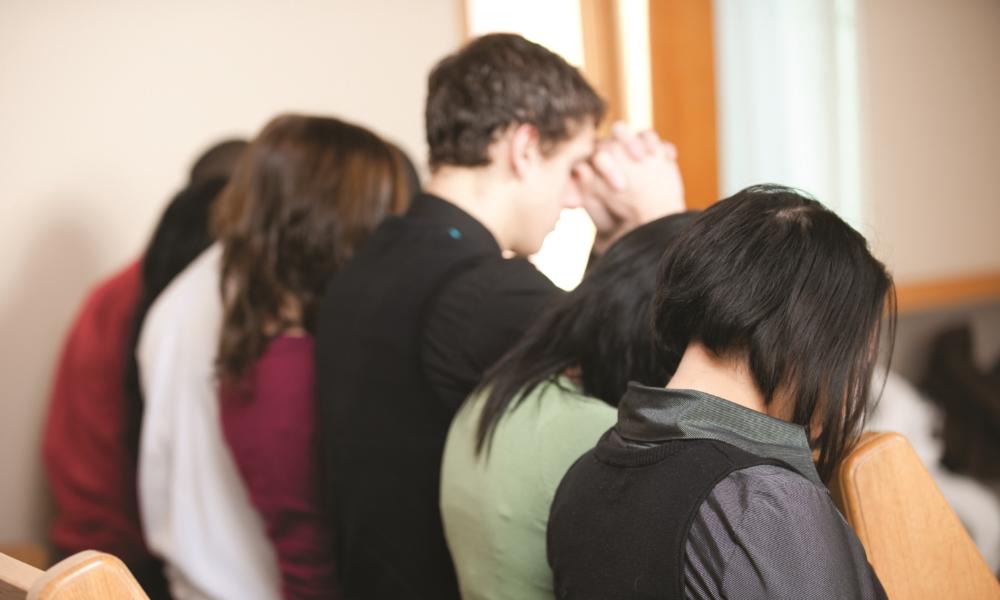 The Catechism of the Catholic Church

Part 2 of a year-long study of the Catechism

In his 1992 Apostolic Constitution, Fidei Depositum, Blessed John Paul II indicated the Catechism of the Catholic Church “is a statement of the Church’s faith and of Catholic doctrine, attested to or illumined by sacred Scripture, the apostolic tradition and the Church’s magisterium.” He went on to declare it to “be a sure norm for teaching the faith.”

The Catechism is built upon the four pillars of catechesis: the baptismal profession of faith, the sacraments of faith, the life of faith and the prayer of the believer.

The profession of faith

The Catechism states that Christians are to confess their faith before humanity. Consequently, the Catechism begins by expounding revelation, the process by which God “addresses and gives himself to man,” and the faith by which humanity responds to God. In other words, the Catechism follows the same structure of the entire spiritual life: we first receive, and then we respond. Like life itself, God first gives freely in order that we might have life more fully in communion with the Trinity, our destiny – but we have to choose to respond to this gift by receiving it. It is this “yes” to God’s gift of revelation that the Catechism hopes to foster and deepen through an exposition of the faith.

Consequently, the profession of faith “summarizes the gifts that God gives [humanity]: as the Author of all that is good; as Redeemer; and as Sanctifier.” It does this through the exploration of God’s self-revelation to us as the triune God: Father, Son and Holy Spirit.

The sacraments of faith

This pillar of the faith explains how God’s salvation, “accomplished once for all through Christ Jesus and the Holy Spirit, is made present in the sacred actions of the Church’s liturgy and in the seven sacraments.” Again, the Catechism depicts the gifts God has freely given to us for our salvation and then invites us to respond in faith by our participation in these gifts. It is a dynamic that repeats itself in the next two sections as well.

The life of faith

Humanity was created by God for eternal life in communion with God, or beatitude. Because this is the end for which humanity was created, this section explores both beatitude and the ways of reaching it. We only can be truly alive when our lives are in harmony with that for which we were created.

Prayer in the life of faith

Relationship with God is rendered meaningless with the absence of prayer. Prayer is the foundation upon which the life of faith is built and finds its ongoing support. For this reason, the last part of the Catechism deals with the meaning and importance of prayer for the believer. It also provides a commentary on the perfect prayer, the “Lord’s Prayer.” It is perfect because it was given to us by Jesus Christ himself and its seven petitions summarize “all the good things which we must hope for and which our heavenly Father wants to grant us.”

The Catechism does not provide any adaptations of doctrinal presentations and catechetical methods required by “differences of culture, age, spiritual maturity, and social and ecclesial condition.” This faithful adaptation is left to those responsible for instructing the faithful, primarily the bishops, and for particular catechisms.

The Compendium employs a question and answer format with only the “essentials” of the Catechism to facilitate ease of use. The U.S. Catechism for Adults was issued by the United States Conference of Catholic Bishops in 2006 as a “local” catechism. This catechism is designed to help the U.S. reader better relate to the lessons of faith through the use of stories of individuals from the U.S., sidebars, discussion questions, meditation and prayer.

Pope Paul VI was elected to the papacy on June 21, 1963. He re-opened the Council, which had automatically closed per canon law with the death of Pope John XXIII. He also was charged with interpreting and implementing the Council’s mandates after the Council closed.

On the significance of the closing of the council

“This is a unique moment, a moment of incomparable significance and riches. In this universal assembly, in this privileged point of time and space, there converge together the past, the present and the future – the past: for here, gathered in this spot, we have the Church of Christ with her tradition, her history, her councils, her doctors, her saints; the present: for we are taking leave of one another to go out towards the world of today with its miseries, its sufferings, its sins, but also with its prodigious accomplishment, its values, its virtues; and lastly, the future is here in the urgent appeal of the peoples of the world for more justice, in their will for peace, in their conscious or unconscious thirst for a higher life, that life precisely which the Church of Christ can and wishes to live them.”

“To appreciate it properly it is necessary to remember the time in which it was realized: a time which everyone admits is orientated toward the conquest of the kingdom of earth rather than of that of heaven; a time in which forgetfulness of God has become habitual, and seems, quite wrongly, to be prompted by the progress of science; a time in which the fundamental act of the human person, more conscious now of himself and of his liberty, tends to pronounce in favor of his own absolute autonomy, in emancipation from every transcendent law; a time in which secularism seems the legitimate consequence of modern thought and the highest wisdom in the temporal ordering of society; a time, moreover, in which the soul of man has plumbed the depths of irrationality and desolation; a time, finally, which is characterized by upheavals and a hitherto unknown decline even in the great world religions.”

(b) Trinity – “It is the mystery of God in himself. It is therefore the source of all the other mysteries of faith, the light that enlightens them.” (CCC 234)