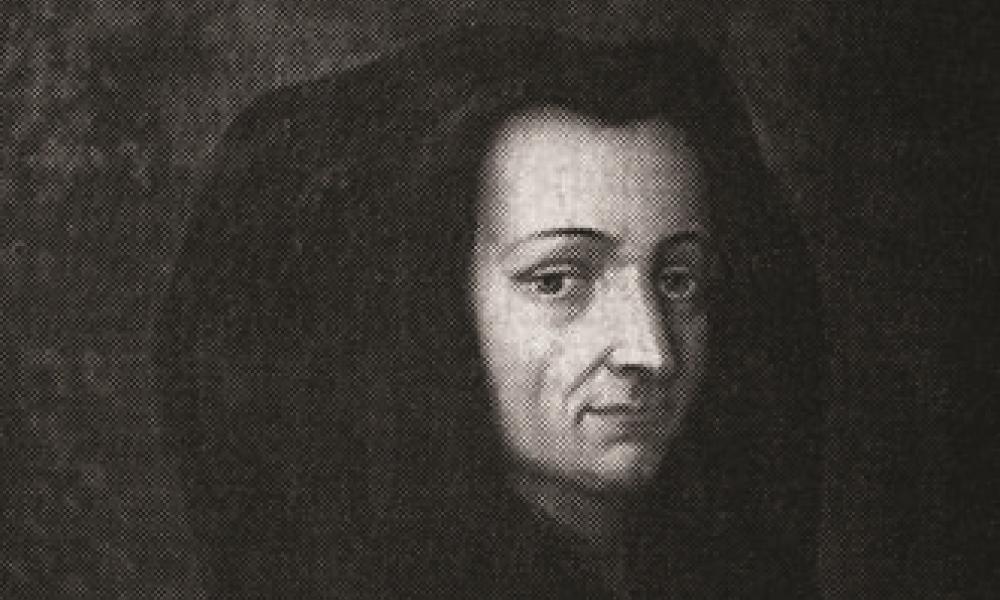 A Powerful and Controversial Force in Education in the 1600s

Rose was the daughter of Godfrey Venerini, a physician. As a young woman, Rose was engaged to be married, but her fiancé died and Rose entered a convent instead. A few months later, Rose’s father died, and she left the peace of convent life to return home and care for her widowed mother.

Rose invited the neighborhood women and girls into her home every evening to pray the rosary. When she discovered they were unschooled in the tenets of their faith, she added catechesis to their prayer time. Her spiritual director, Father Ignatius Martinelli, convinced her that she was a “natural born teacher,” whose vocation was in the world rather than the cloister. Obedient in all things, Rose gave up her dream of a contemplative life and searched for a location in which to open a school.

A foundation of education:

In 1685, Rose and two friends opened a free pre-school for girls, which became very popular. As a result, Cardinal Barbarigo, the bishop of Montefiascone, asked her to train the teachers and administer the schools in his diocese.

Strength in the face of opposition:

At the cardinal’s request, Rose organized many schools in a variety of places, facing opposition that sometimes became violent. Her teachers were shot with bows and arrows and their houses were burned. Rose was steadfast, however, and in 1713 she made a foundation in Rome, which received the praise of Pope Clement XI. In 1728, still in Rome, she died.

Although she worked tirelessly in the cause of education, it was not until after her death that Rose’s lay school teachers were organized as a religious foundation. Today, the Venerini Sisters work with Italian immigrants in the United States and elsewhere.

Rose’s reputation for holiness was widespread and was confirmed by various miracles. In 1952, she was beatified by Pope Pius XII.

Although Rose longed to be a contemplative, she left her life in the convent to come home and care for her ailing mother. Her ready response to the Lord’s commandment opened up a new vocation as an educator and led her on the path to sainthood.