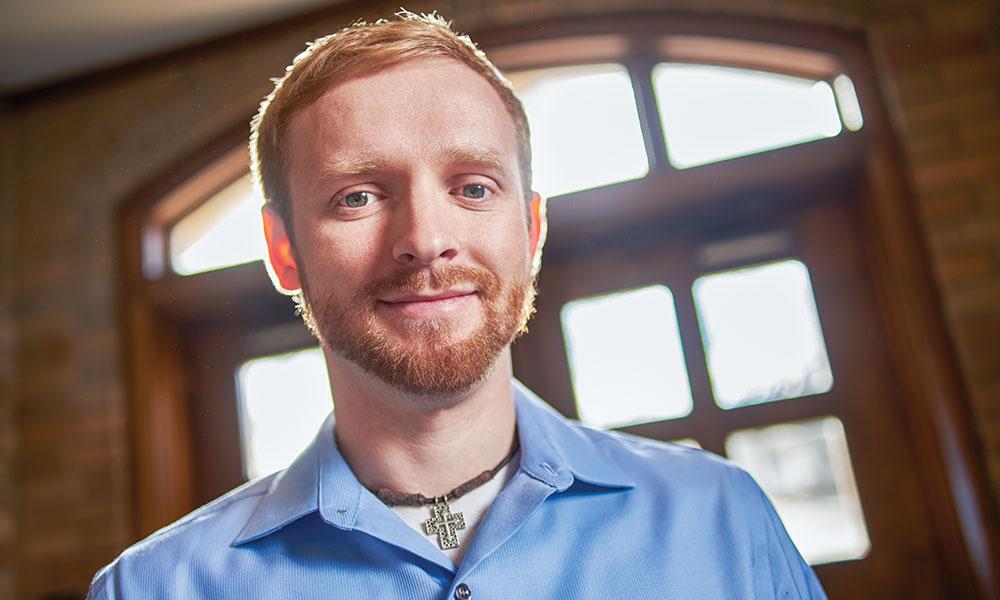 Beyond the Voting Booth

Once every two to four years, we do our civic duty and feel pretty good about ourselves for participating in the democratic process.

Yet many of us may not realize the impact we can continue to have between election years when those we put into office get down to the business of making laws and policies.

That’s where the Catholic Advocacy Network comes in. The network, an arm of the Michigan Catholic Conference (MCC), helps members make their voices heard with a Catholic perspective on issues ranging from abortion to payday lending.

Each week, the network sends an email to its 7,000 members with information on legislation brewing in Lansing and Washington, D.C. The network also sends out “action alerts” when bills are coming up for a vote. “In a matter of two clicks, we connect Catholics with their elected officials and allow them to have a voice in the process,” says Jacob Kanclerz, MCC communications associate.

“It’s an easy way to stay involved and stay informed and fulfill the important duties of being a faithful citizen,” says Jacob. “If Catholics sit back and think about it, this really is an extension of the faith. The Catholic faith doesn’t just stay in the Church. The Catholic Church is out ministering to people – whether in hospitals, schools or serving the poor. The same applies with politics. We’re not called to keep our beliefs to ourselves.”

Neither the network nor the Church tells Catholics whom to vote for. Rather, they shine the light of Catholic social teaching on laws and policies, a perspective that does not neatly align with either major political party.

“Catholic social doctrine covers almost everything under the sun,” says Jacob. For the U.S. Bishops and the network, human life and dignity are seen as “the principal issue.” In addition to advocating for the protection of life from conception until natural death, the Church takes a stand on issues that might surprise those unfamiliar with its social teachings.

That list includes a preferential option for the poor, religious liberty, education, support for children and families, health care, restorative justice, welcoming immigrants and refugees and care for creation.

“The Church really is politically homeless,” says Jacob. “We’re not in one camp or another as far as the full breadth of our policies. Catholic social teaching is really a ‘both and’ proposition.”

The MCC and the network are nonpartisan and neither endorse nor give money to candidates.

“We are more about educating people about the issues the way the Church sees them so people can make informed decisions,” he says. “If we as a conference and Catholics embrace the full breadth of Catholic social teaching, you will have your voice heard on both sides of the aisle.”

For example, the network is currently mobilizing members to oppose an amendment in Michigan that would create a constitutional right to abortion. Last spring, the MCC sought signatures for “Let My Kids Learn,” a petition that would empower parents to apply for scholarships for private school tuition, funded by providing tax credits to contributors.

At the same time, the network has encouraged Catholics to oppose an effort to extend and expand the practice of “predatory” payday lending, according to Jacob. The network also is working to increase the earned income tax credit for low- to middle-income workers, and lobbying for a budget that funds affordable housing and health programs for the poor, and supports women and children.

According to Jacob, what ties these issues together is Catholic social teaching, with an emphasis on seeking the common good. He says Catholics have an obligation to make their voices heard on these issues.

“We are called to bear Christian witness in all we do,” says Jacob. While voting is a part of that, it also includes taking action to contact a state lawmaker on specific bills that align with Catholic values. “To participate in democracy is part of being a Christian out in the world,” he says.

The Catholic Advocacy Network tracks state and national issues from a Catholic perspective.