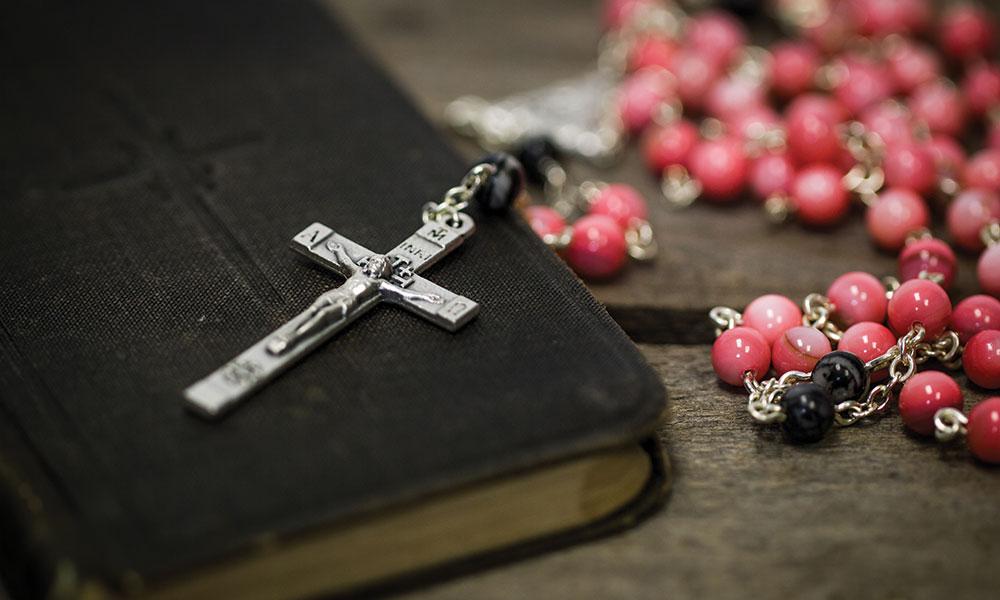 A Beginner’s Guide to the 54-Day Rosary Novena

A novena is a traditional Catholic practice of praying the rosary for a specific petition each day, for nine days in a row. The word novena comes from the Latin word novem, meaning nine.

This length of prayer is modeled after the apostles and Jesus. After his ascension into heaven, Jesus asked his disciples to pray together, and for nine days the apostles and Mary prayed in the Upper Room. The ninth day, the apostles received the gift of the Holy Spirit at Pentecost.

It might be, but Mary asked us to do it! The 54-day novena originated in the late 19th century. Its origin is attributed to a young girl, Fortuna Agrelli, from Naples in Italy. She had been suffering from a chronic illness. It was thought to be incurable. Fortuna asked Mary for her help, and Mary appeared to her and promised her healing if she made three novenas. The girl did so, and was miraculously healed.

Three novenas are only 27 days?

In a later apparition, Mary specified that the full 54-day prayer should have three novenas in petition, and three novenas in thanksgiving. That structure — 27 days of asking, and 27 days of giving thanks — has been embraced by countless people since as a wonderful way to pray.

In Matthew 7, Jesus teaches that God is a loving Father who knows what’s best for us. It’s beneficial to think about what we’re praying when we pray the rosary. In the Our Father, we pray, “Thy kingdom come, Thy will be done.” The Hail Mary, too, calls to mind Mary’s total openness to God’s will. In praying both these prayers, we are asking God for his loving plan to be fully realized on earth as it is in heaven. Mary, the “Mother of Hope,” joins us in prayer as we look to God to bring about what he desires, at the time that is most beneficial to his plan of salvation. By turning to God with steadfast trust, in lively and persevering faith, we are best disposed to receive the abundant graces he wishes to bestow. The Lord himself said: “For everyone who asks, receives; and the one who seeks, finds; and to the one who knocks, the door will be opened.”

To sign up for a daily reminder across the 54 days of the Rosary Novena, text FIGHTLIKEHEAVEN to 84576. You’ll also receive information and inspiration every day. Ave Maria!