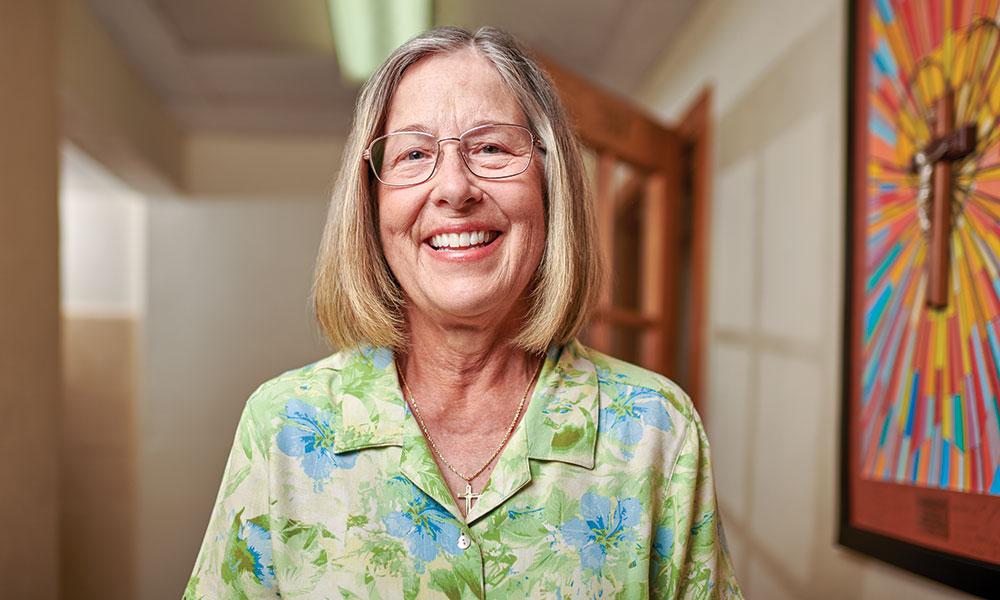 ‘Because It's Important to This One Prisoner’

Why Angie Works With the Pen Pal Ministry

Thirty years ago, Lansing resident Angie Phillips was looking for a ministry. What she found was a pen pal through the Restorative Ministry in the Diocese of Lansing.

“The Prisoner Pen Pal Ministry was in our bulletin,” Angie says. “My kids were young. I wanted something I could do without leaving the house or having to go somewhere.”

One letter a month back and forth with her prisoner pen pal allowed Angie to connect with an inmate in need of friendship and kindness. She followed the instructions of Jesus, “Amen, I say to you, whatever you did for one of these least brothers of mine, you did for me.” (Mt 25:40)

After 10 years of corresponding with different prison inmates as part of the program, Angie became a screener as well as a pen pal. Without screeners, the Prisoner Pen Pal Ministry would be at a standstill.

The program needs volunteers to read letters and get each to its proper recipient. Angie alternates each month with Greg Baran, Sue Spelzer and Marilynn Kenyon as weekly screeners.

“It’s designed to be outreaching of Christ,” Angie says. “So many of the letters that I read, everybody is concerned about the same things. It makes you realize how much more alike we are than different. You get a feel for people wanting a human connection.”

She marvels at the connections that happen between the letter writers. The bond brings support to both people.

One inmate was a chef and his pen pal also liked to cook. They connected through sharing recipes and grew a strong friendship.

One of the program’s pen pals was homebound in an assisted living center and her correspondence was a way to move beyond her walls. The inmate she wrote to was as protective and supportive of her as she was of him.

After not hearing from her for a period of time, the inmate reached out to the ministry, concerned at the loss of contact. He was sure something was wrong.

The team discovered the woman had died suddenly and had to inform the inmate of her death. “That one was really hard,” says Angie. “They had a really good relationship. The Holy Spirit brought them together.”

The letters are a way for the writers to share parts of themselves, too. Many of the inmates are gifted artists and send their pen pals artwork. “It’s amazing, the power of that,” Angie says.

The last year has been a difficult one for Angie and the ministry team. Due to restrictions during the worst of the pandemic, letters sat for a long time in the office, unable to be forwarded to their recipients. It was a concerning situation for pen pals whose only contact is through the letters they write to each other.

“Most people figured it out and waited for us to come back into the office,” says Angie. “Nobody gave up. People were still writing.”

When the screeners returned, the mail was sent out with an explanatory letter to each person.

While the pen pal relationship ends at the time of the prisoner’s parole, the connection with the outside world makes a difference in the lives of the men separated from society during their incarceration and afterward.

“I keep doing this ministry because it's important to the prisoners,” Angie says. “I keep the story of the starfish in my head. A man walking along a beach sees enormous amounts of starfish washed up on the beach as far as he can see. Then he notices a small boy picking up starfish one at a time and then throwing them back into the ocean. The man asked the boy why he's doing it when there are so many and he can't possibly make a dent in the number who will not make it. As he throws one into the ocean, the boy replies, ‘It's important to this one.’ I guess that's why. Because it's important to this one prisoner.”

For more information Contact Deacon Ken Preiss, director of the permanent diaconate, at 517.342.2451.