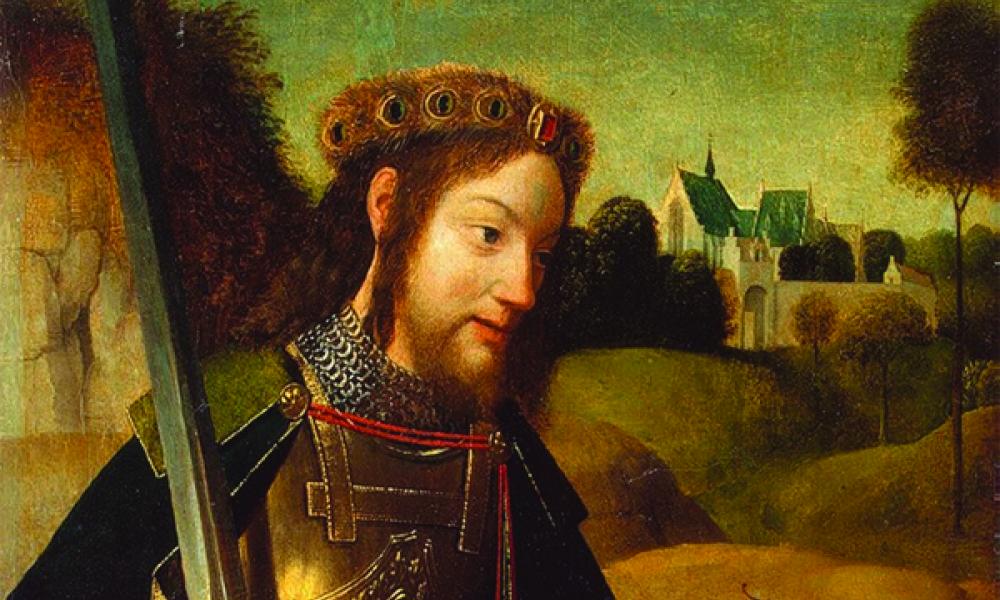 In an instant, everything can change; a life can be forever transformed. Of course, the kind of change envisioned here is the movement that issues forth from the Spirit following an encounter with the truth, who is a person, Jesus Christ.

Consider the story of St. Bavo (also known as Allowin or Bavon). Born near Liège, Belgium, to a Frankish noble family in 622, young St. Bavo earned a reputation for being wild and selfish. His lack of respect for the dignity of others was epic. He even sold his servants to other nobles as slaves.

Despite all this, he did manage to enter into an advantageous marriage and had a daughter. Then, in one moment, everything changed for St. Bavo. Shortly after the death of his wife, he heard a sermon by St. Amand at Ghent and was moved to convert to Christianity. He soon gave all his money to the poor, and he entered the monastic life where his life became characterized by fervent penance: from choosing a hollow tree trunk for his first dwelling to having one of the servants he had previously sold into slavery lead him by a chain to the local jail.

St. Bavo’s life witnesses to the transformation that is offered to us by Jesus if we are but open to hearing the Word of Truth. Of course, once we do hear the truth, a response is demanded. St. Bavo chose to respond to the truth by allowing himself to be moved by the Spirit into an ever-deepening relationship with Jesus that completely altered the trajectory of his life. His story also serves to remind us that to know the Truth and then live as if the Truth does not exist is a poison far more deadly to the soul than death of the body. St. Bavo entered peacefully into his eternal rest on October 1, 659.