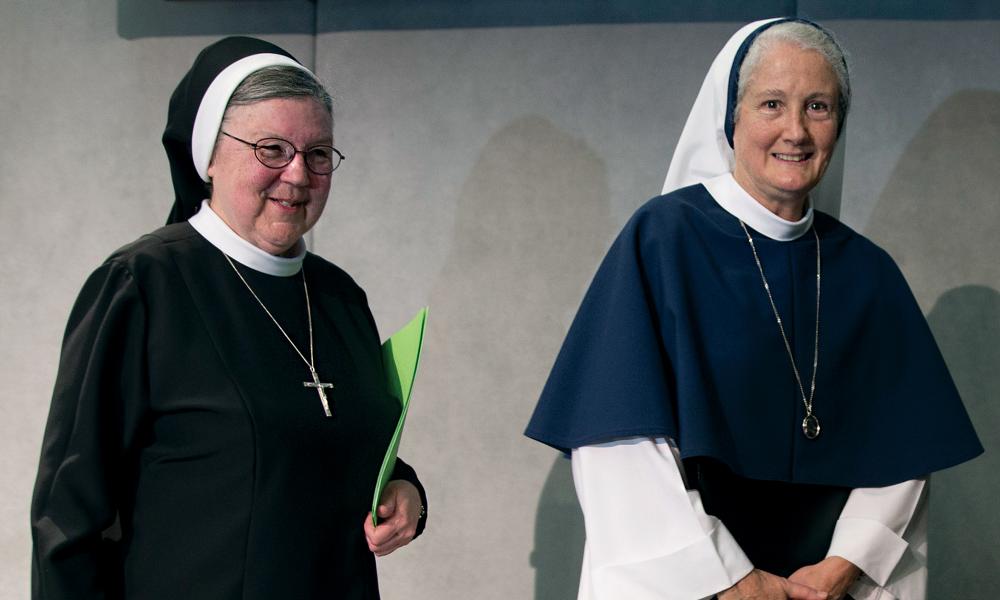 On December 22, 2008, the Vatican’s Congregation for Institutes of Consecrated Life and Societies of Apostolic Life (CICLSAL) announced the Apostolic Visitation of institutes of women religious in the United States. While individual reports will most likely be sent to the institutes which hosted onsite visits and to the institutes where specific areas of concern were identified, the visitation was officially completed with the congregation’s issuance of its final report on December 16, 2014.

A Visitation, Not an Investigation

According to the official website for the Apostolic Visitation, a visitation is “a formal but personal process, initiated at the highest levels of the Catholic Church, to look into the welfare of a particular aspect of the Church.” Visitations, as noted in the final report, are a normal instrument of governance in religious life.

In particular, the Apostolic Visitation was directed to those institutes which engage in apostolic ministry and which have a generalate, provincialate and/or initial formation program. It did not include cloistered contemplative communities. According to the final report, the focus throughout the various phases of the Apostolic Visitation was on the “vocation to religious life as lived by the members of religious institutes who publicly profess the evangelical counsels and exercise some external apostolic work in the United States.”

The CICLSAL made it clear that the visitation was not connected to the doctrinal assessment of the Leadership Conference of Women Religious being conducted by the Congregation for the Doctrine of the Faith. The focus of the visitation was individual congregations rather than leadership organizations.

In its final report, the CICLSAL praised the overall contributions that women religious in the United States have made and continue to make in the Church’s evangelizing mission. In particular, the CICLSAL noted their care for the “spiritual, moral, educational, physical and social needs of countless individuals, especially the poor and marginalized”; their educational apostolate in Catholic schools which “fostered the personal development and nourished the faith of countless young people and helped the church community in the USA to flourish”; and their establishment of the great majority of Catholic health care systems in the country.

At the same time, the CICLSAL expressed the hope that the self-assessment and dialogue sparked by the visitation might contribute to “the revitalization and strengthening of religious institutes in fidelity to Christ, to the Church and to their founding charisms.” The final report also concluded with a call to all the faithful for their support of women religious and for their active promotion of vocations to the religious life.

THE WOMAN BEHIND THE PROCESS

Mother Clare Millea, ASCJ, was charged with overseeing the Apostolic Visitation. The Superior General of the Apostles of the Sacred Heart of Jesus since 2004 and a Connecticut native, Mother Clare had complete administrative authority during the visitation, and personally conducted many of the inquiries and visits. The final report expressed gratitude to Mother Clare for “having carried out this task in such a pastoral and professional manner.”

Most religious institutes require the profession of the three evangelical counsels, or rules of life. These counsels are for those who desire the surest way to perfection. Canon Law (c.599-c.601) explains the three counsels as follows:

THE FINAL REPORT BY THE NUMBERS…

341 - Religious institutes involved in the Visitation

405 - Total number of entities involved in the Visitation

50,000 - Approximate number of women religious in the aforementioned institutes

The visitation took place between 2009 and 2012 and was divided into four phases:

Phase I: All Superior General of Institutes of women religious involved in the visitation were invited to speak with or write to the visitator (Mother Clare) to share their hopes and concerns for their institute.

Phase II: Empirical data and qualitative information regarding the spiritual, community and ministerial life of the individual congregations were gathered.

Phase IV: Compilation and presentation of a final report and an executive summary to CICLSAL as well as individual reports to the specific institutes.

During a January 31, 2014, news conference, the prefect of the Congregation for Institutes of Consecrated Life and Societies of Apostolic Life, Cardinal Joao Braz de Aviz, outlined plans for the Year of Consecrated Life. The cardinal expected the year would conclude on the 50th anniversary of the promulgation of the Second Vatican Council decree on the renewal of religious life, Perfectae Caritatis.

The cardinal, according to Catholic News Service, went on to say, “We are also convinced that in these 50 years, consecrated life has followed a fruitful path of renewal –  certainly not without difficulties and struggles. In this year, we want to recognize and confess our weaknesses, but we also want to show the world with strength and joy the holiness and vitality that are present in consecrated life."

In the final report of the Apostolic Visitation, it was noted that some of the religious institutes refused to participate fully in the process due to suspicions as to the motives behind the process. In response, the CICLSAL cited the Year of Consecrated Life as a “graced opportunity for all of us within the Church – religious, clergy and laity – to take those steps toward forgiveness and reconciliation which will offer a radiant and attractive witness of fraternal communion to all.”