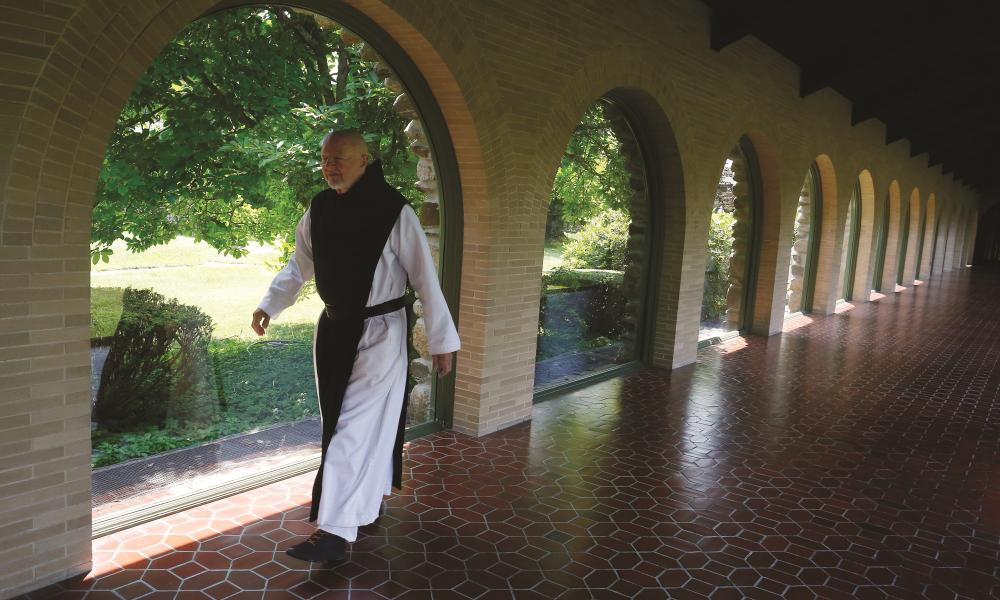 Announcing the Year of Consecrated Life

On Nov. 29, 2013, Pope Francis revealed to 120 superiors general of men’s religious orders that consecrated life would be the Church’s focus for 2015. During the closed-door meeting, Pope Francis reportedly asked the Church’s religious sisters, brothers and priests to “wake up the world” with their testimony of faith, holiness and hope, according to Catholic News Service.

The focus was made official during a Jan. 31, 2014, news conference during which the prefect of the Congregation for Institutes of Consecrated Life and Societies of Apostolic Life, Cardinal Joao Braz de Aviz, outlined plans for the year-long celebration. The cardinal expressed the hope that Pope Francis will celebrate the year’s opening Mass on Nov. 21, 2014, because it is the day the Church designates a day of prayer for cloistered religious. In addition, he expected the year would conclude on the 50th anniversary of the promulgation of the Second Vatican Council decree on the renewal of religious life, Perfectae Caritatis.

According to Catholic News Service, the cardinal went on to say, ““We are also convinced that in these 50 years, consecrated life has followed a fruitful path of renewal – certainly not without difficulties and struggles. In this year, we want to recognize and confess our weaknesses, but we also want to show the world with strength and joy the holiness and vitality that are present in consecrated life.”

In the Roman Catholic Church, religious orders and congregations, sometimes called institutes, are associations of men and women who dedicate their lives to prayer, service and devotion. Many also live as part of a community that follows a specific religious rule. They can include both clergy and laity. Most make public vows of poverty, obedience and chastity. Priests who are religious are different from diocesan priests, who do not take vows.

Religious congregations differ from religious orders mainly in terms of the vows that are taken. Religious orders take solemn vows, while religious congregations take simple vows. While the distinction between the two types of vows is at times unclear, an example would be that simple vows might permit ownership of property, while solemn vows do not. Religious women who make simple vows are called sisters (examples include the Redemptorists and Marists), while those who take solemn vows are called nuns (examples include the Benedictines, Franciscans and Dominicans).

The importance of consecrated life for the Church today

Pope Francis eloquently summarized the importance of consecrated life for the Church today in his Angelus address on Feb. 2, 2014. The day is significant because it not only marks the feast of the Presentation of Jesus in the Temple, but it is also the Day for Consecrated Life.

The consecrated are a sign of God in the different areas of life, they are leaven for the growth of a more just and fraternal society, they are the prophecy of sharing with the least and the poor.

Major orders and their charisms

Missionaries of Charity -  Serving God among the “poorest of the poor”

Vincentians - Champion needs of the poor

Most religious institutes require the profession of the three evangelical counsels, or rules of life. These counsels are for those who desire the surest way to perfection. Canon law (c.599-c.601) explains the three counsels as follows:

Religious communities are governed by a set of precepts known as the community’s rule. Four of the great religious rules guiding religious orders are: