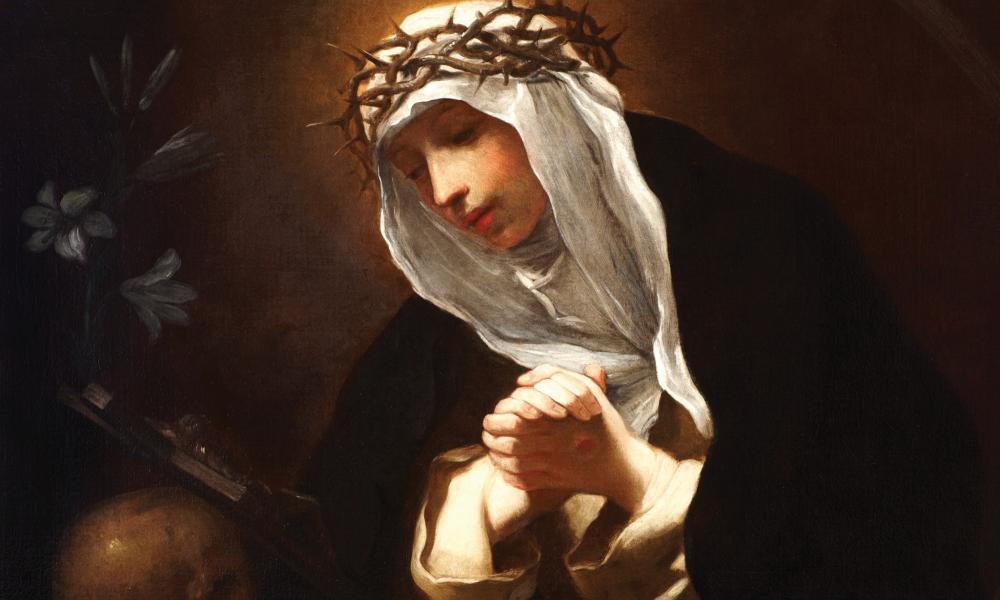 Advocate of Peace, Advisors to Popes: Catherine of Siena

On the feast of the Annunciation, 1347, Jacopo and Lapa Benincasa welcomed their 25th child into the world. Saint Catherine of Siena lived in Siena, Italy, where she consecrated her life to God as a young girl. As she grew in devotion to the Church, Catherine became a Third Order Dominican, which allowed her to live in the world and serve the poor and hospitalized at the same time. She encouraged those around her to embrace God’s plan for their lives, saying, “If you are what you should be, you will set all of Italy ablaze!"

Later in life, Catherine received visions from God directing her to work for peace between the waring city-states of Italy and the papacy, which at that time operated out of Avignon, France. Because of her writings and constant prayer, Pope Gregory XI decided to return the Papacy to Rome in 1377, and his successor, Urban VI, asked her to reside in Rome as an advisor. After months of illness, Catherine died in 1380 at the age of thirty-three. Along with St. Francis of Assisi, she is one of the patron saints of Italy. – Emily Pohl

Catherine is one of only four female doctors of the Church

Catherine’s talents as a writer caused her to be compared to her fellow Italians, Dante and Petrarch