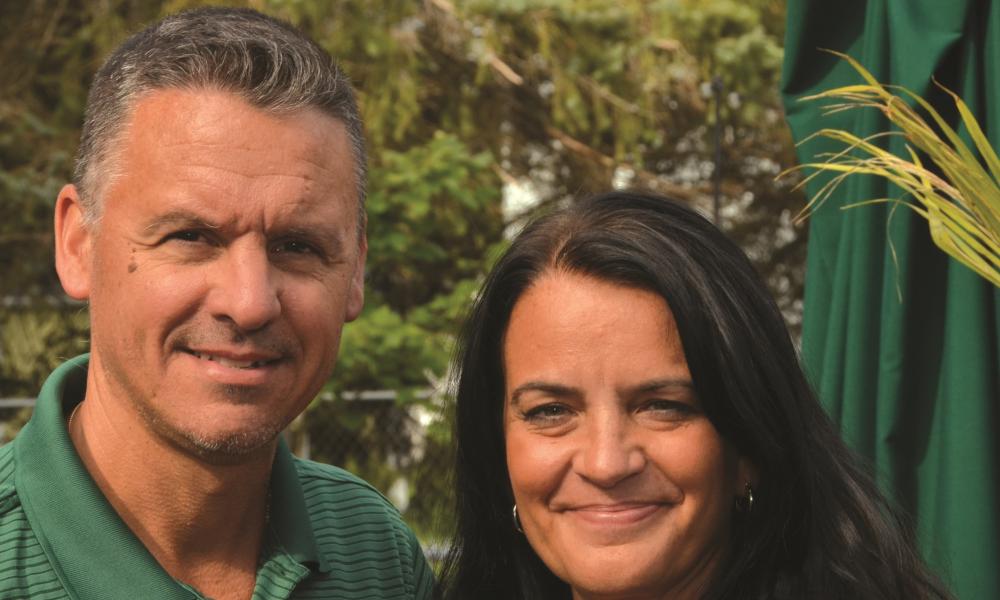 And, putting seven children through Catholic schools can seem impossible, but Jill and Brian Jacobs, of Lansing, are doing just that.

Jill and Brian attended Catholic schools their whole lives, which led to their decision to give their children – who range in ages 12 to 24 – the same faith-based opportunity, even with just one dependable income for many years. Jill currently works at Resurrection School in Lansing, but she previously held jobs out of the house – such as babysitting and cleaning – which permitted her to stay home with their children. Brian teaches physical education to elementary students in Holt Public Schools.

“We’ve always relied on my husband’s income. [Scholarships] benefited us greatly. It’s a financial sacrifice to go to Catholic schools. It’s definitely a challenge,” Jill says. But even if they weren’t “blessed” with financial aid, Jill says they still would have sent their children to Catholic school. “I’m not sure how we would have done it, but we would have found a way to do it. We’re Catholic. We like the fact that they can talk about God and the love of Jesus in school, and I do think they teach them to live their faith,” Jill says. “It’s an extension of our family – the same priorities, the same focus. Faith is the focus.” The scholarship amount they have received has fluctuated over the years, according to Jill. While some years the family was awarded more, other years “we thought there must be more people in need, but we were thankful we got any kind of support.” This story is one that many Catholic and non-Catholic families face when considering a Catholic education, and despite all the benefits, in the end, it comes down to making ends meet.

Traditionally, scholarships have been available in the diocese to students in grades 6-12. Some schools, such as Resurrection, have struggled to meet the full amount of need shown by families applying for financial aid, according to Resurrection Principal Jacob Allstott. Through the diocesan-wide Witness to Hope campaign, these scholarships will not only be available to students in these upper grades, but will be extended to even the youngest minds — kindergarten through fifth grade. The campaign’s Catholic school financial aid endowment will help Catholic schools in the Diocese of Lansing to “meet those families who are on the fence about being able to send their kids to Catholic school,” Jacob explains. “We’ve had families come in and you can barely understand how they’re making it, and yet they’re looking for something more,” Jacob says. Many families considering Catholic schools are deterred by the cost. “If the number immediately looks like it's outside of their range – what they believe they can afford – they just dismiss the possibility of Catholic school,” Jacob says. If a scholarship can lower a family’s monthly payment by even $50-$100, tuition oftentimes becomes affordable, he adds.

With these costs, why should parents even consider a Catholic education? According to Jacob, that’s the $1 million-dollar question: “There’s going to be a type of formation that kids are going to go through that’s just not offered anywhere else. We’re going to help them to see God’s truth and goodness and beauty, not only in the content area but in life, in relationships, in those natural human experiences. It gives hope to these kids, and they come alive – especially our kids who transfer in from a public school. “We attend Mass three times a week. They come and there’s this blessed silence when they go to Mass, and they can’t put their finger on it. They can’t name it exactly but they want it, they want that peace they experience in a very profound way in front of the Blessed Sacrament and the liturgy,” Jacob says. Catholic schools are building more Catholics, and the scholarships will contribute to that as they will “bring kids into the Catholic schools,” Jill says.

Over the past four years, Resurrection School, for example, has seen an increase in students receiving sacramental initiation. In fact, 75 percent of both Catholic students who haven’t received initiation and non-Catholic students have embraced the full tradition of the Catholic Church, Jacob says. “It’s really being able to form the whole person and that’s what employers want, that’s what families need – young people who can see the world for what it is but also apply a very sincere, Catholic lens to the issues that we face,” Jacob says. “We’re all drawn to truth and goodness and beauty, and it’s just a part of the divine image that we bear. That’s the selling point. That's the advantage [Catholic] schools have.” Jill says she feels blessed to have the entire Catholic community in the diocese supporting Catholic students. When her children were young, she explains that their parish could only raise enough money to help a limited number of students because of the parish size. Now, the diocesan-wide campaign will deliver assistance not offered previously. “I think it’s great we can get the families into the Catholic schools. Once they get there, they can see the benefit,” she says.

Making a Catholic education available to those families who cannot afford one is a priority of the Diocese of Lansing. These endowed funds will be used to provide need-based financial aid to students attending Catholic schools from grades K-12. Traditionally, scholarships have been available in the diocese to students in grades 6-12. Through the diocesan-wide Witness to Hope campaign, these scholarships will not only be available to students in these upper grades, but will be extended to even the youngest minds — kindergarten through fifth grade.