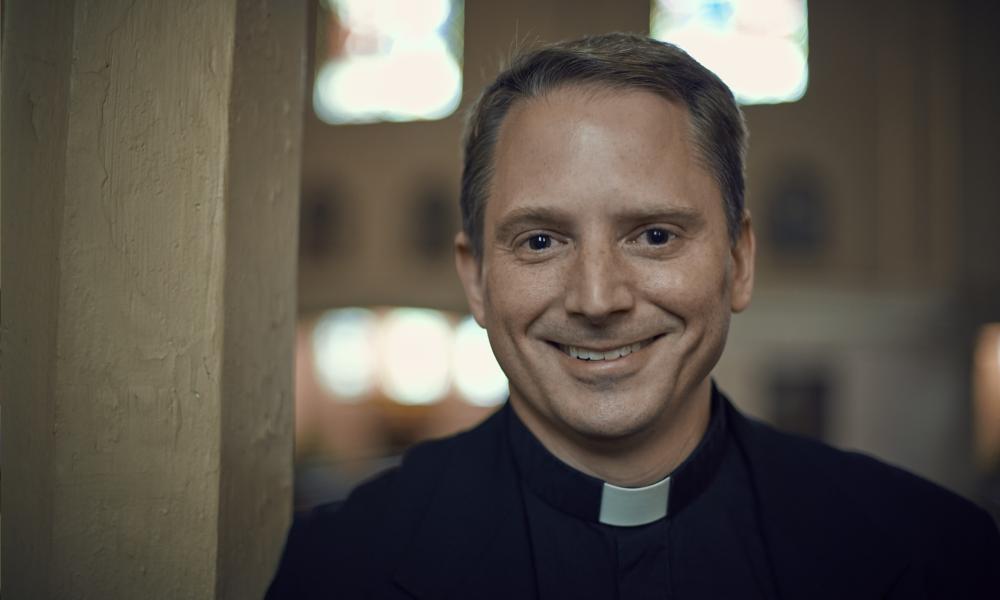 Father John Machiorlatti was raised in East Grand Rapids and has six brothers and sisters. He is assigned to St. John Church, Davison.

How did you know you were called to the priesthood?

I began receiving promptings from the Lord when I was in second or third grade. The idea of priesthood came into my head and wouldn't go away. At the time, I didn't think anything of it (I didn’t know what it was), but looking back I can see it for what it was ... the beginning of God calling me.

Before entering seminary, I worked for the U.S. Army Office of the Judge Advocate, European Command, in Heidelberg, Germany. The seed planted back stateside manifested itself in a way that was again preparing me for the next step, which was a willingness to say yes – to look into this particular vocation of priesthood. But it didn’t happen overnight. For some reason, I felt compelled and prompted by the Holy Spirit – approximately three times a day, while taking a break, I would walk around the base praying either the rosary or the Divine Mercy Chaplet. I think it was the work of Mary over several months to slowly prepare me for the encounter I would have with a priest in the confessional when he asked me if I ever consider the priesthood. I believe the Lord was getting me into a place where I would finally be open and willing to surrender to his will for me.

Who influenced your decision to become a priest?

My mother was very influential. She would regularly go on retreats and bring back different audio cassettes on different topics and would share them with me. Also, my mother was a long-term survivor with cancer. By watching her, I learned to be courageous with my faith, and saw on a day-to-day basis what the Lord could and would do for the ones who followed him.

When I was growing up, I knew a couple of priests who were holy, kind and gentle. Then when I was studying in East Lansing and adopted St. John Student Center, I got to know Father Mark Inglot and Father Joe Krupp. I didn’t know it at the time, but these two priests and their lived examples were preparing me to be more open to the prompting of the Holy Spirit and the intercession of Mary

What advice do you have for discerning a vocation?

Be patient with yourself and give God time to make clear to you what he wants. Most of us spend years running from God doing our own thing. I think you should try to give God at least as much time as you spent running to listening patiently for his words. It is not as if he is not talking, but for most of us (I include myself here), we are just so bad at listening. Then trust that he will reveal to you the next step he is asking of you and be willing to say “yes.”