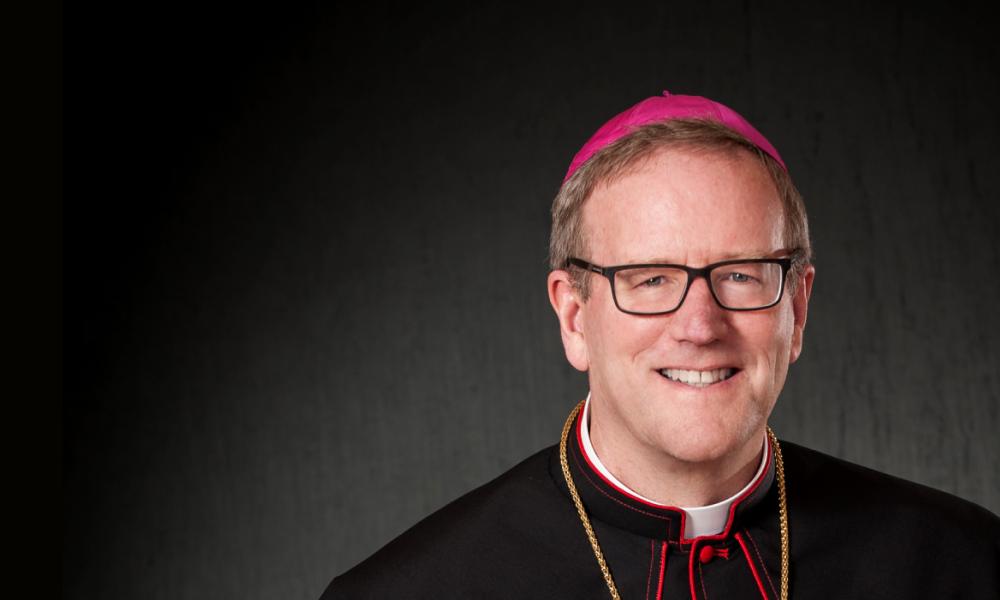 Why You Should Read C.S. Lewis' "The Great Divorce"

In my capacity as regional bishop of the Santa Barbara pastoral region, which covers two entire counties north of Los Angeles, I am obliged to spend a good deal of time in the car. To make the long trips a bit easier, I have gotten back into the habit of listening to audio books. Just recently, I followed, with rapt attention, a book that I had read many years ago but which I had, I confess, largely forgotten: C.S. Lewis’ The Great Divorce. The inspiration for this theological fantasy is the medieval idea of the refrigerium, the refreshment or vacation from Hell granted to some of the souls abiding there. So Lewis’ narrator leaves the dreary streets of the underworld and, with a coterie of other ghosts, journeys by flying bus to a lovely land that he comes to realize is the forecourt of Heaven. In that enchanted place, the ghosts meet a number of denizens from the heavenly world, who attempt to lure the poor souls out of their misery.

Lewis was that rare sort of genius, able to combine high theological insight with vivid imagination, and it is precisely this coming-together that makes his writing so memorable. I would like to rehearse a number of motifs from this story that struck me as being of particular spiritual significance. The first has to do with the paradox of the grandeur and nothingness of Hell. Lewis’s narrator tells us that the streets and residences of Hell stretch out so far that it requires centuries of travel to get from one end of the city to the other. This immensity is due to the fact that the citizens of that awful place just want to get as far away from one another as possible. Further, when the bus travels from Hell to Heaven, it seems to go far up into the air and to cover an enormous distance. However, when the narrator, in dialogue with a heavenly spirit, wonders where precisely Hell is in relation to the heavenly realm, the spirit bends down, pulls a single blade of grass and uses its tip to indicate a tiny, barely perceptible, fissure in the ground. “That’s where you came in,” he explains. All of Hell, which seemed so immense to the narrator, would fit into a practically microscopic space in Heaven. Lewis is illustrating here the Augustinian principle that sin is the state of being incurvatus in se (curved in around oneself). It is the reduction of reality to the infinitely small space of the ego’s concerns and preoccupations. Love, on the contrary, which is the very life of Heaven, is the opening to reality in its fullness; it amounts to a breaking through of the buffered and claustrophobic self; it is the activity of themagna anima (the great soul). We think our own little ego-centric worlds are so impressive, but to those who are truly open to reality, they are less than nothing.

One of the sad ghosts that Lewis describes carries on his shoulder a rather loathsome reptile who whispers suggestions in companion’s ear. It is eminently clear—even to the ghost himself—that this creature is doing nothing but harm. An angel approaches and places his hands around the lizard and calmly asks the ghost, “May I kill it?” At this, the fallen spirit recoils and commences to make excuses for the thing on his shoulder. “May I kill it?” the angel solemnly asks once again. The ghost balks and becomes uneasy. “May I kill it?” inquires the angel. Finally, the ghost acquiesces and the angel crushes the life out of the reptile, at which point the ghost begins to harden into something greater and more substantial. And the lizard, thought to be dead, begins to metamorphose into a stately stallion. When both ghost and reptile have been thoroughly transformed, the man mounts the horse and the two ride off together with brio and purpose. The creepy and insinuating reptile is symbolic, it becomes clear, of lust, that vice which continually suggests self-destructive courses of action. Yet not even an angel of God can kill it without the conscious permission of the will. Once killed, however, it can rise into what it originally was meant to be: the erotic desire which is a source of tremendous energy, indeed a stallion which the soul can gleefully ride. What I especially appreciate in this episode is Lewis’ spot-on representation of how the soul clings desperately to what is actually killing it, preferring, in W.H. Auden’s phrase, “to be ruined rather than changed.”

A final image is one of the most beautiful in the book. The narrator spots a stately procession making its way toward him. A woman is being carried, in the manner of a queen, with great reverence, and all around her people are offering tokens of respect and admiration. So impressed is he that the narrator turns to one of the heavenly citizens and wonders whether this might be the Blessed Virgin Mary. “No,” says his interlocutor, “It’s someone ye’ll never have heard of. Her name on earth was Sarah Smith.” It turns out that this one so highly honored in Heaven was a very ordinary person during her earthly life. But through her love, she became a spiritual mother to hundreds, indeed to every person she met. Even the lowly animals were embraced by her affection and came more to life. The point is that what is honored on earth is by no means the same as what is honored by God and the saints. Here below, we hold up achievements in education, business, finance, entertainment, the military, etc. But none of this matters in the grand scheme of things. What matters, what, in St. Paul’s language, lasts, is love. We recall the Lord’s words: “Don’t store up treasures for yourself on earth…but store up treasure in heaven.” The relevant spiritual questions suggested by this scene: Whom do we honor? How and by whom do we want to be honored?

These sketches give you but a hint of the riches contained in this little but powerful book. May they inspire you to pick up The Great Divorce and savor it.