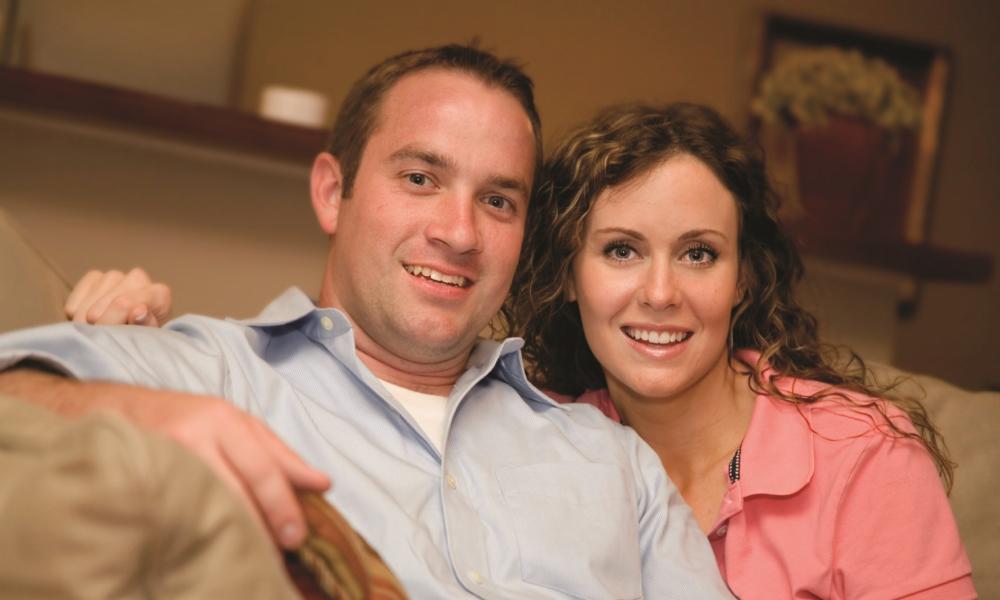 We got married too young - I want to try the single life.

“We got married too young – I want to try the single life.”

Sarah says: Pat and I got married when I was only 18. I was eager to get out of the house and away from my parents. I thought getting married was the best way to be a “grown-up.” I love Pat, but now I’ve realized I missed all the fun of my 20s. Maybe we made a mistake – I feel as if I’d like another chance at the single life.

Pat says: I don’t know what’s gotten into Sarah – we’ve been married for 12 years and suddenly she wants to be a teenager again. For heaven’s sake, we have two children – what are they supposed to do while she “finds herself?” And what about us? I am stunned and don’t know where to turn.

What do they do?: We are reminded of words in a hymn that are applicable to married couples, “Turn to me and be glad…there is no other, none besides me…” Without stating the obvious, it appears the fire of their marriage has dwindled to an ember. What is most needed now is to put some logs on the fire and get the flames roaring hot again!

To get flames hot again, Pat and Sarah would do well to focus on each other, and not focus on others outside their marriage or what may appear to be lost opportunities. It is our belief that, as married couples, we can either look at a glass half empty and lament because it isn’t full enough, or we can look at the same glass and be thankful for what we have and optimistically look at what the future will bring!

Without getting too personal, this scenario strikes close to home for Jo and me. Jo was 19 when we were married and I was 18; and, yes, 47 years later I can still remember those days like they were yesterday. Did we miss a lot? I am sure some would say absolutely, but to us, we gained so much more! I would not trade being married for anything and I most certainly do not wish to repeat my teenage years.

There is nothing wrong with asking “what if” about the past, but you can’t roll back the hands of time and try to re-create years and situations that have gone by. For starters, you now have two children; you don’t just walk out the door and say, “Excuse me, I’m going to be single now, go raise yourself!”

So what should Sarah and Pat do? First, they should revisit their nuptial vows and define what it means to say, “for better and for worse.” Describe to each other what the words mean. Recommit to each other to be life partners and then immediately add some spice into their marriage! Sarah obviously is missing something in her relationship with Pat, and it is up to both of them to discover and communicate what that is. The simplest way to begin is to make two lists – one list of what Pat desires from Sarah and one list of what Sarah desires from Pat. Take a day or two to compile the lists, then take a quiet evening when both Sarah and Pat can be alone and exchange the list and read them with love. Once read, each, in turn, should define each desire so there is no mistake of the intent. While one spouse is defining his or her desire, the other spouse should be listening intently and without interrupting. Each will have plenty of time to ask for clarification. The interaction shared about your hopes and dreams can be nurturing to both of you as you will learn new things about each other and be help-mates in fulfilling those hopes and expectations.

Verbalizing these innermost thoughts and feelings about your desires, letting yourself be vulnerable, will let the other in on who you are. Pat and Sarah: Remember that it was God who brought you together and it was God who blessed you with children. Now it is your turn to be a good example to them by being the best married couple you can possibly be.