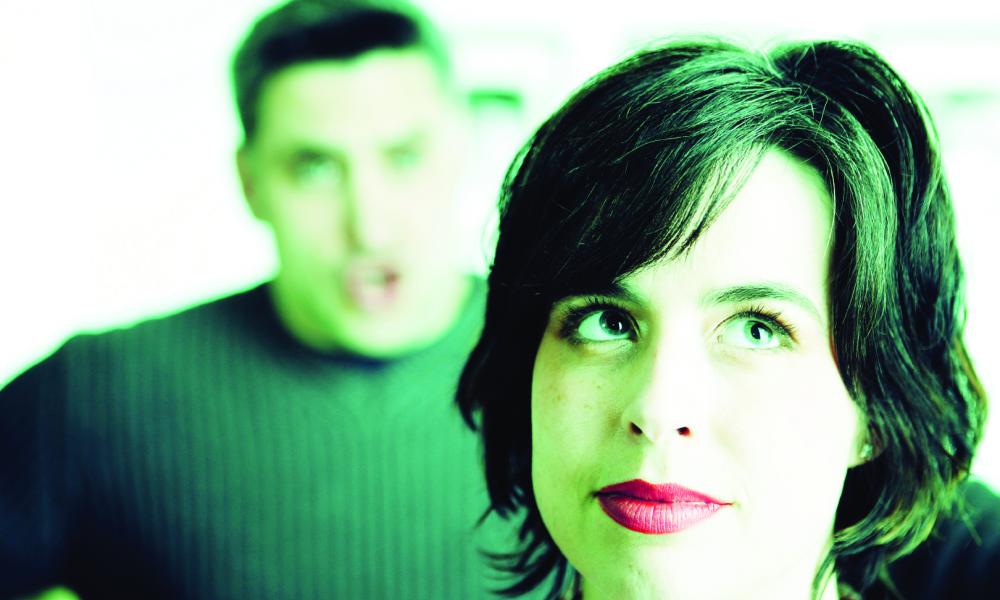 She says: His big mouth embarrasses me. He says: Get over it

She says: His big mouth embarrasses me

Jody says: Jake has a big mouth – there’s no nice way to say it. Whenever we go out, he gets into arguments with our friends about politics, religion, environmental issues, you name it. His tactic is to treat those who disagree with him as if they are completely stupid. I see what Jake apparently cannot – that he is offending almost everyone we know.

He says: Get over it

Jake says: Hey, what you see is what you get. People bring up a topic – I give them my opinion. Sometimes my opinion is that they are really uninformed. And anyway, it’s just a discussion – we’re not trading personal insults. I think Jody is making a mountain out of a molehill. She should either join the discussion or just sit back and listen. Either way, Jody needs to accept me for who I am.

What do they do?: Tom’s comment to Jake is, “Wake up guy! Jody has accepted you for who you are; she did that on your wedding day! However, that doesn’t give you the right to sow the seeds of discontent by your verbal obnoxiousness.” Speaking one’s mind is legit and fair, as long as it isn’t offensive to other parties around you – particularly Jody. Jo believes, “What a person says in the presence of his spouse reflects on both of them, not just the speaker! It appears that Jake is aware that his language and comments are offensive. Yet he appears to have a lack of consideration for anyone except himself.”

So, now that you see where Jo and I stand on this type of behavior, let’s get to the root of the dynamic being exhibited. The issue as we see it is not that Jake has a big mouth [Jody’s assessment – not ours], but that he appears to take pride in it regardless of how it may affect others. Our belief is Jody may be receiving similar responses when trying to discuss topics with Jake. If she isn’t already receiving comments in that tone, she soon will. Jake’s bad behavior needs to be checked right away, because it will get easier for him to extend it to those closest to him. It appears to Jo and me that Jake has had very little communications training. And certainly Jake’s rhetoric is not indicative of the way Christians are called to act. The virtue of charity includes being charitable in words and deeds. Charity on Jody’s part involves making sure Jake understands what impact his actions and words are having on those around him; including herself. Charity on Jake’s part involves more listening and less talking. This includes being kind and considerate of others’ opinions and not always correcting others based on his perception that they are wrong. If Jake were to try being Jesus to others, including Jody, there would be more compassion and consideration of others and less consideration of his own positions. Asking for guidance from the Holy Spirit is a good place for Jake and Jody to start. Should Jake really desire to demonstrate Christian charity, he could start by being more considerate of his spouse and truly examine the feelings Jody has concerning this bad habit. There are several good programs available to help couples learn communications techniques; Jake and Jody could go together. Effective communications has as much to do with attitude as with technique. For married couples, effective communications is not an option – it is a mandatory survival skill.