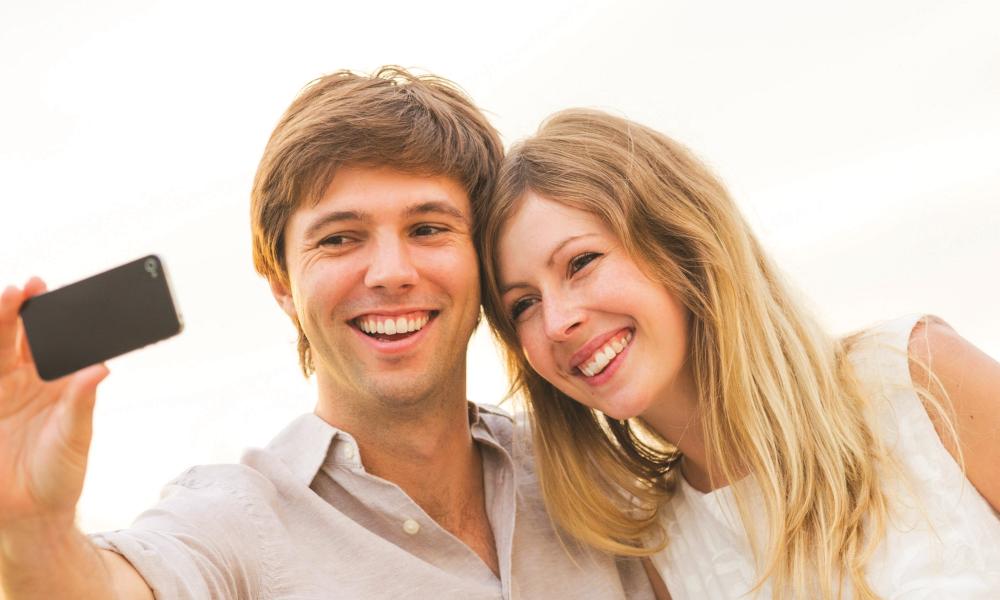 She Says: “He’s obsessed with his iPhone”

Sally says: Jack is absolutely obsessed with his iPhone. It doesn’t matter where we are, he is always pulling it out to check texts, the weather, his email, you name it. He even had it out during Mass the other day! I am tired of taking a backseat to a tiny computer.

He Says: "I just need to stay connected"

Jack says: I admit that I have a fond relationship with my phone, but I wouldn’t call it an obsession. I just need to stay connected. And at Mass, I was using an online worship aid – totally legit.

Seldom does the person who exhibits obsessive, compulsive or even addictive behavior recognize it as such. Jack’s response is typical because it is framed as a personal “need” that does not interfere with or affect anyone else. The truth is quite the opposite, however. We can think of no action or behavior one spouse may do or exhibit that would not have a direct or indirect effect on the other spouse. Recognizing that fact is the first step for Jack and Sally.

Here is a simple check Jack and Sally can perform to put this issue into proper perspective: Substitute the words “another woman” for “iPhone,” and see if that changes the dynamics or seriousness of the topic! If that is a bit much, substitute the word “hobby,” “work,” “TV” or even “children” in place of “iPhone.” The point is, when any activity, person or object displaces a spouse as the primary focus and concern, the marriage relationship will suffer. Jack and Sally need to start communicating their feelings and work on a compromise that will make them both feel understood.

First and foremost, trust that God will help you with this situation. Come together and talk about the time when you first met and how you would go out of your way to please each other, just to see the smiles and feel the joy of focusing on each other. Remember how pleasing each other was a priority? Make the time and find the words to do it again. God hears you when you call on him and he wants both of you to feel his love through each other. Remember that “God fulfills the desire of those who fear him; he hears their cry and saves them.” (Psalm 145:19)

The journey to a solution, however, won’t be easy because the beginning point may be encumbered with excess baggage. Most “third-party” objects or obstacles that creep into a marriage relationship start out as small items that are barely recognizable. Then they become part of the fabric of people’s lives and become a priority.

The danger is that these objects/persons/activities begin to take on a higher priority than the relationship, and very quickly the marriage can experience struggles that seem to have appeared out of nowhere! Jack may be thinking, “Where did this problem come from all of a sudden?” while Sally might be thinking, “This has gone on way too long.”