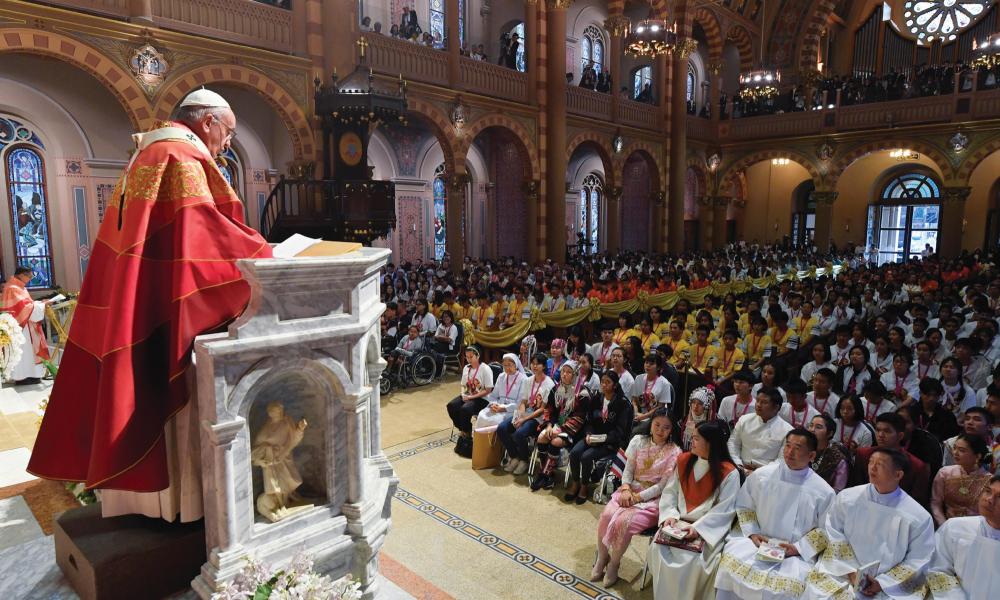 Pope Francis spent several days visiting Thailand and Japan at the end of November. He told the crowds in Japan that his first visit there was a long time coming, because he had hoped to be sent to Japan as a missionary when he was a young Jesuit. Instead, he traveled there for the first time just before marking his 50th anniversary as a Jesuit priest. The Holy Father celebrated Masses with tens of thousands of people in Tokyo and Bangkok, and also celebrated a small Mass with his fellow Jesuits. On a visit to Hiroshima and Nagasaki, he said: “With deep conviction I wish once more to declare that the use of atomic energy for purposes of war is today, more than ever, a crime not only against the dignity of human beings but against any possible future for our common home.”

Two Catholic churches in Mosul, Iraq – Al-Tahera Church and Al-Saa’a Church – will be rebuilt by the United Arab Emirates (UAE), in partnership with UNESCO, as a part of the UAE’s “Year of Tolerance” initiative. The churches were destroyed by the Islamic State in 2014. The initiative is part of an agreement to help build historical landmarks in Mosul; students from the University of Mosul will participate in the process of restoring the churches.

We pray that Christians, followers of other religions, and all people of goodwill may promote peace and justice in the world.

February – Listen to the Migrants’ Cries

We pray that the cries of our migrant brothers and sisters, victims of criminal trafficking, may be heard and considered.

@Pontifex Dec. 1, 2019: The word Advent means coming. The Lord is coming. This is the root of our hope: the certainty that God's consolation comes to us amidst the troubles of the world. Not a consolation of words, but of His presence among us.

The closeness to the Lord invites our heart to approach our brothers and sisters with love, to show compassion towards everyone.