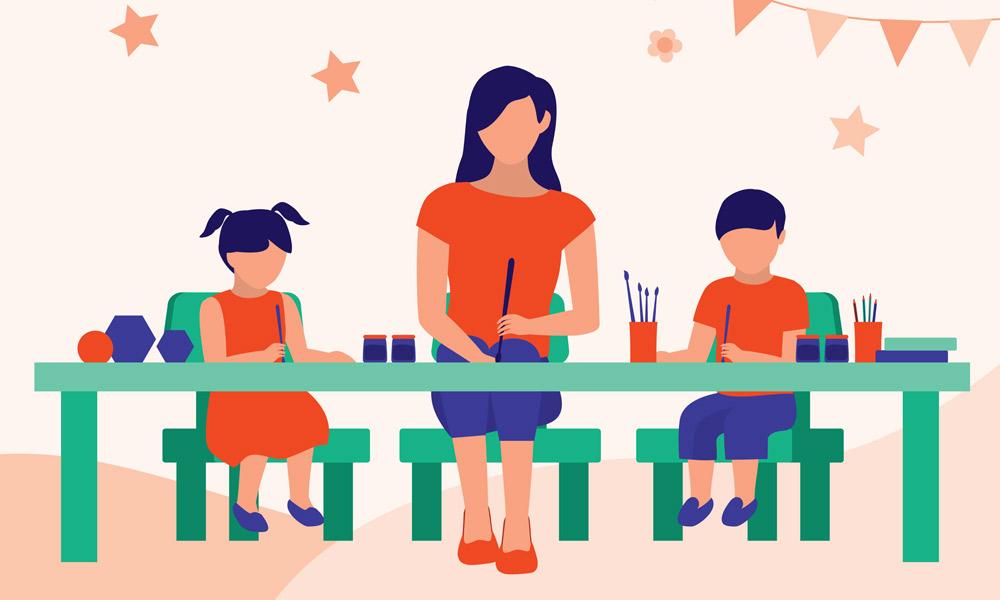 Our children are created with a beautiful array of gifts, talents and personality traits. Unfortunately, being responsible isn’t something our kids are hardwired for. Responsibility, consistency and follow-through are learned behaviors. Here are some ideas to help.

The truth: Kids of all ages hate chores, and they will do just about anything to avoid them. This doesn’t make them difficult; it just makes them kids. It’s our job to set the expectation, demonstrate the behavior and establish consequences that are more undesirable than the chores they are trying to avoid.

Begin early: It is much easier to pick up a toddler’s toys yourself, but sitting on the floor in a sea of toys holding the toy basket and coaching them will pay off in the long run. Kids want to be helpful at this age, and something as simple as emptying the bathroom trash is a way to begin learning responsibility. My most stubborn toddler was met with an empty snack bowl because he hadn’t put away his toys or emptied the trash can he was responsible for. I kissed his cheek and told him I would be responsible for putting blueberries in his bowl as soon as he took care of his responsibilities.

When they get it right: We notice and nag when they neglect their responsibilities, but we need to notice when they get it right. They don’t need a trophy; a simple thank-you for being responsible and getting their laundry into the hamper will do. I remember how my young daughter smiled during evening prayer when I said I was thankful for sparkly clean toilets. The task she dreaded became one she took great pride in.

Masterful consequences: Our kids and many of their friends raised 4-H animals, and part of their responsibility was making sure they were fed, watered, exercised and had a clean pen. Two of their friends had a tough time getting up early enough in the morning to get ready and take care of their pigs before school. They knew their mom would pick up the slack if they forgot. They were right the first couple of times, but the third time it happened, Mom arrived at school in her chore clothes, walked into the girls’ classrooms and told the teachers her daughters needed to leave for a short time to go home and feed their hungry pigs. The best consequences don’t belittle, demean or drone on in an emotional or angry tone; they elicit an action. Our kids were able to feed themselves, but the animals they cared for weren’t — so they were responsible for feeding them before they fed themselves.

Timely correction: If a child doesn’t follow through with clearing the table or getting the wash into the hamper, grounding isn’t the answer. Taking screen time, car keys or a favorite toy until the responsibilities are met is action-based and helpful.

Call on the helpers: The saints exist to intercede for us and help us grow in holiness. Share and connect the stories of St. Thérèse of Lisieux, Brother Lawrence or dozens more like them who turned simple and mundane responsibilities into a chance to grow closer to God.