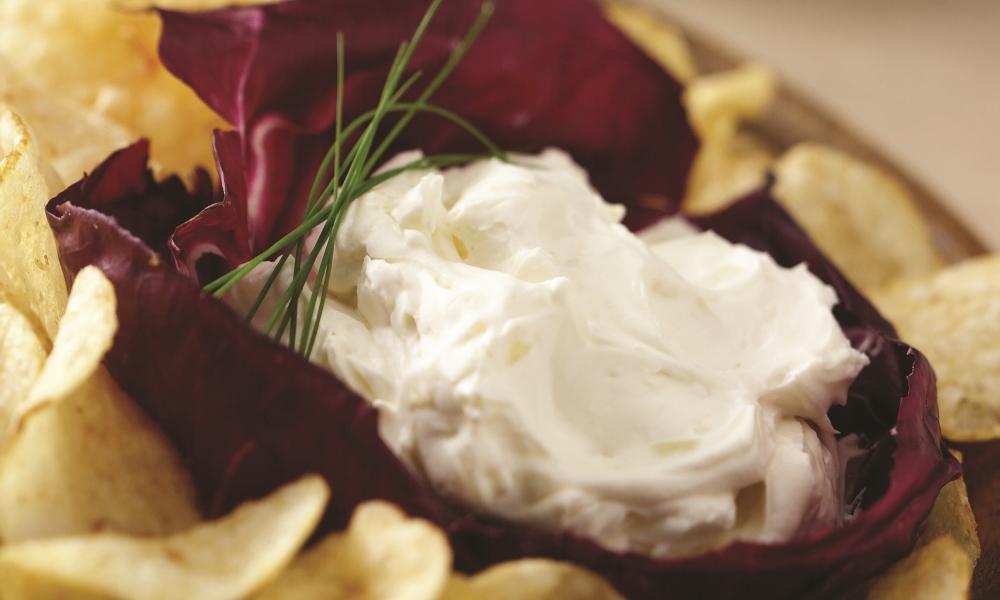 From Fat to Frugal

Fat Tuesday has really developed a name for itself. Spring break and the New Orleans scene sometimes overshadow what are actually wholesome, faith-based traditions. Mardi Gras (formerly known as Shrove Tuesday) was traditionally a day of using up fat, eggs and dairy before fasting during Lent. It wasn’t about overeating. It was about frugally using the food with which we are blessed. The Catholic tradition varies from country to country, as do the recipes. But consider this recipe, which harkens to our Catholic roots by using up the dairy in your fridge before the great fast. Aside from a few excessive calories, it is great for entertaining on Fat Tuesday.

Mardi Gras on my mom’s side of the family will likely include a big bowl of a white, creamy concoction sitting front and center, beside the basket of potato chips at the buffet table. Ah yes, it’s all about the simple crowd-pleasing, whipped white stuff we call “Burnett Dip.” It is a savory white chip dip that pairs with simple salted potato chips better than anything you might find off the shelf.  It earned its name long ago at a family Christmas party on my mom’s side (whose maiden name is ‘Burnett’). It was the rave at that party and now remains a requirement at family gatherings.

What sets it apart? Chip dip is that slightly solidified tart stuff you buy at the grocery store (next to the sour cream). ‘Burnett Dip’ (created by my grandmother) is a homemade, smooth and creamy accompaniment that is, in a word, addictive. For the salty and savory palette, a few chips with a dollop of Burnett Dip aren’t enough. In fact, we’ve learned over the years to make a few gallons of the stuff for every occasion. And believe me, we still run out. Moderation does not exist when the Burnett Dip is around so the tie-in with Fat Tuesday is obvious.

But, with each delicious bite, your guilt will evaporate as you remind yourself that you are not indulging in high calorie snacks, you are merely frugally using left over ingredients, lest they go to waste during the Lenten fast to which you will so earnestly obey. Enjoy!

For this project, you will need:

In a medium-sized mixing bowl, combine cream cheese and finely chopped onion with electric mixer on medium speed. Slowly add milk and continue to mix at a higher speed until a smooth and creamy consistency is achieved. Garnish with some chopped chives, grab a bag of salty potato chips and enjoy!