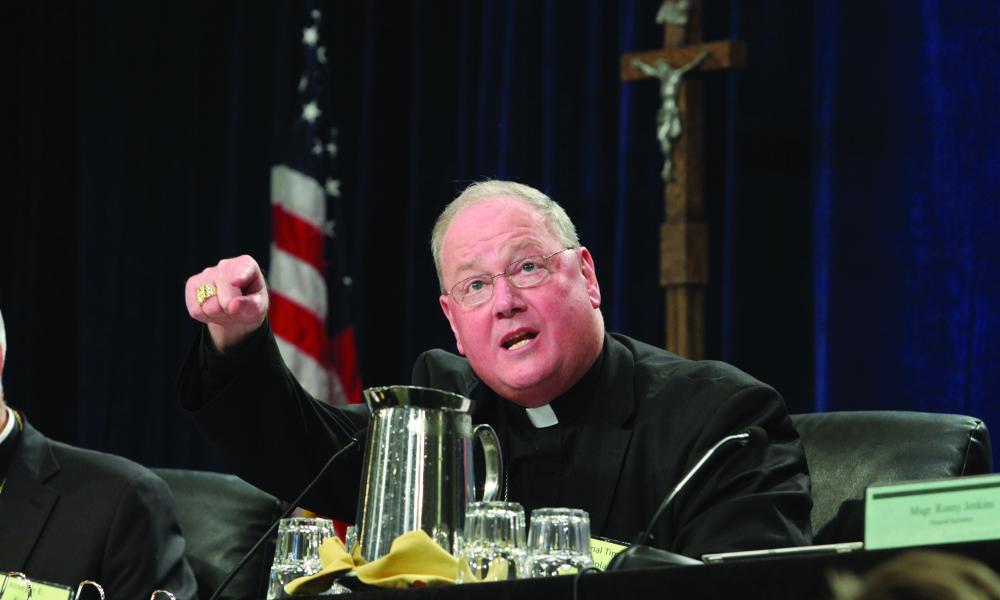 The U.S. Supreme Court decisions June 26 striking down part of the Defense of Marriage Act and refusing to rule on the merits of a challenge to California’s Proposition 8 mark a “tragic day for marriage and our nation,” said Cardinal Timothy Dolan of New York, president of the U.S. Conference of Catholic Bishops, and Archbishop Salvatore Cordileone of San Francisco, chair of the U.S. bishops’ Subcommittee for the Promotion and Defense of Marriage. The statement follows:

“Today is a tragic day for marriage and our nation. The Supreme Court has dealt a profound injustice to the American people by striking down in part the federal Defense of Marriage Act. The Court got it wrong. The federal government ought to respect the truth that marriage is the union of one man and one woman, even where states fail to do so. The preservation of liberty and justice requires that all laws, federal and state, respect the truth, including the truth about marriage. It also is unfortunate that the Court did not take the opportunity to uphold California’s Proposition 8 but instead decided not to rule on the matter. The common good of all, especially our children, depends upon a society that strives to uphold the truth of marriage. Now is the time to redouble our efforts in witness to this truth. These decisions are part of a public debate of great consequence. The future of marriage and the well-being of our society hang in the balance.

“Marriage is the only institution that brings together a man and a woman for life, providing any child who comes from their union with the secure foundation of a mother and a father.

“Our culture has taken for granted for far too long what human nature, experience, common sense and God’s wise design all confirm: the difference between a man and a woman matters, and the difference between a mom and a dad matters. While the culture has failed in many ways to be marriage-strengthening, this is no reason to give up. Now is the time to strengthen marriage, not redefine it.

“When Jesus taught about the meaning of marriage – the lifelong, exclusive union of husband and wife – he pointed back to “the beginning” of God’s creation of the human person as male and female. (see Matthew 19) In the face of the customs and laws of his time, Jesus taught an unpopular truth that everyone could understand. The truth of marriage endures, and we will continue to boldly proclaim it with confidence and charity.

“Now that the Supreme Court has issued its decisions, with renewed purpose we call upon all of our leaders and the people of this good nation to stand steadfastly together in promoting and defending the unique meaning of marriage: one man, one woman, for life. We also ask for prayers as the Court’s decisions are reviewed and their implications further clarified.”

Background information can be found here.