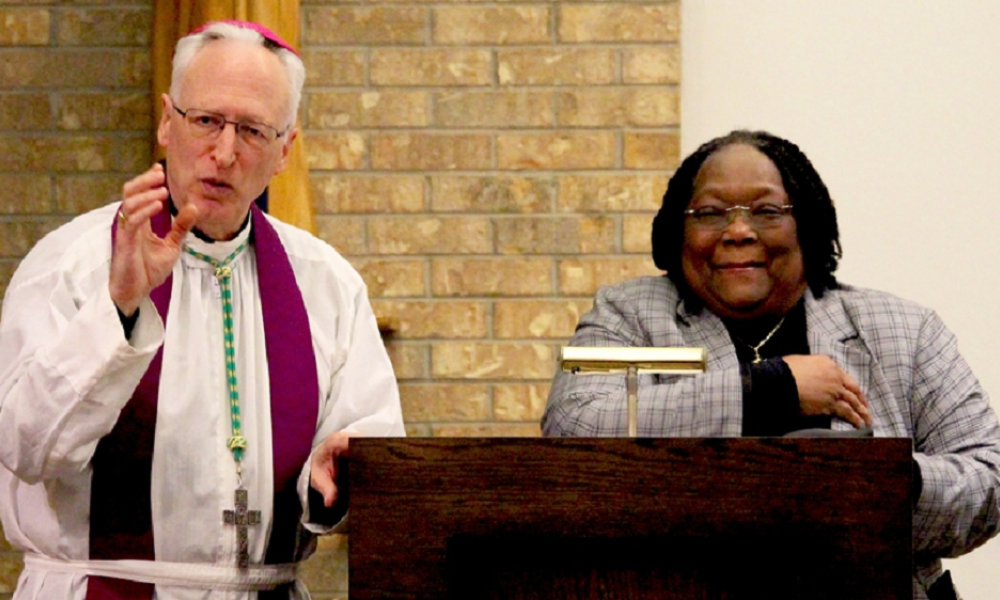 The Task Force on Race and Catholic Schools presented its findings and recommendations in a final report to the bishop at a conference on April 16. The task force, formed in March of 2018, was led by Dr. Joan Jackson Johnson and included educators at diocesan Catholic schools, clergy and lay people from around the diocese. Over the past year, the task force heard the stories, perspectives and concerns of the public at listening sessions in Lansing, Ann Arbor, Flint and Jackson. It also consulted Church documents, including the United States Bishops’ recent letter on race, Open Wide Our Hearts, and spoke with educators from Catholic schools in other states.

“We were charged with our future,” said Dr. Johnson as she addressed the group’s main concern: what Catholic schools can do going forward to better include people of color and racial minorities and to ensure they are treated with love and respect. The group recommends that the diocese pilot a program called “Facing History and Ourselves” at Lansing Catholic High School for a year before introducing the program at schools throughout the diocese. The free program, designed to teach students to value diversity of thought and identity, includes curriculum and resources for students, as well as professional development for educators and administrators.

In his closing statement, Bishop Boyea said, “I ask forgiveness for the times when we have not done enough or stood by silently when we should have acted.” He also expressed his gratitude for the task force’s work and stated that he and his staff would review the report and its “opportunities for our schools to better listen to, understand, and meet the needs of racial and ethnic minorities within our communities.”