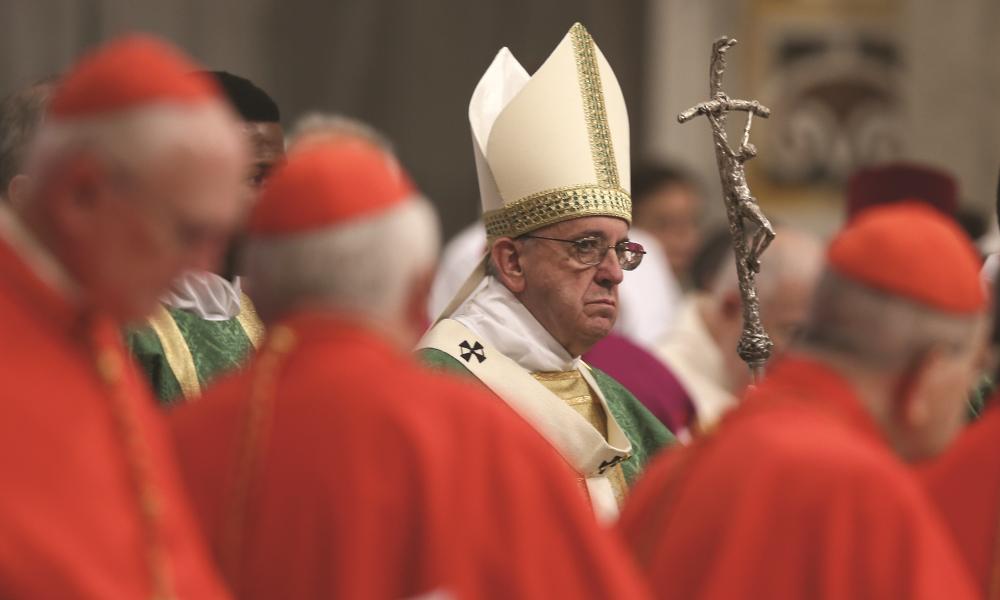 Synod of Bishops: marriage and family

The 14th Ordinary General Assembly of the Synod of Bishops took place from Oct. 4–25, 2015, in Vatican City. The theme was, “The vocation and mission of the family in the Church and in the contemporary world.” The purpose of the synod was to continue the work of the 2014 Extraordinary General Assembly by reflecting on the challenges associated with the pastoral care of the person and the family as identified in its final relation, and by formulating appropriate pastoral guidelines to address those challenges.

In their final document issued on Oct. 24, the synod fathers revisited many of the realities threatening marriage and family.

At the same time, the final document emphasized the beauty of marriage and family, and explained the importance of both in terms of the attaining the common good. Along the way, the synod fathers strongly affirmed the Church’s teaching on marriage and family. For example, they declared marriage to consist of the indissoluble union between one woman and one man, and noted that the family is both a gift of God and the basic unit of society. Likewise, they affirmed the Church’s opposition to reproductive techniques such as in vitro fertilization, euthanasia and abortion, making the point that God alone is the Lord of life from its beginning to its end.

Interestingly, and contrary to the reporting of some secular media outlets, the bishops attending the synod enjoyed a high degree of collegiality, as reported at a closing news conference on Oct. 24 at the Vatican by Catholic News Agency correspondent Elise Harris. This spirit of collegiality and the strength of bishops’ affirmations of Church teaching were further witnessed to in the final document, as only two of the 94 paragraphs revealed any significant disparity in the voting.

The call to mission

The synod fathers also addressed the question of the mission of the family in their final document. They noted that, from the beginning, God has generously directed his love toward his children in order that they might have fullness of life in Jesus Christ. Further, through the sacraments, God invites families into this life, “to proclaim it and to communicate it to others.” In other words, the family is called to participate in the mission of the Church. However, the family must first be evangelized before it can hope to evangelize others.

The final document was delivered directly to Pope Francis, who quickly authorized its release to the public. In his homily to the 270 or so bishops gathered together for the last time before departing Vatican City, the pontiff focused on God’s compassion and fatherhood as definitively revealed in Jesus. In reflecting on the Gospel story of the healing of the blind man, Bartimaeus, Pope Francis remarked that “moments of suffering and conflict are for God occasions of mercy.” He also reminded those in attendance that Jesus’ disciples today, just as in Jesus’ own day, are called to bring people into contact “with the compassionate mercy that saves,” without lecturing but by simply repeating “Jesus’ encouraging and liberating words.”

He also cautioned the bishops in attendance about two temptations for those who follow Jesus that can undermine the accompaniment of families called for by the synod fathers’ final document. First, there is the temptation to a “spirituality of illusion,” which chooses to keep moving in the face of constant problems rather than being bothered.” The second temptation is falling into a “scheduled faith” that allows one to walk with the people of God, but only according to his or her own well-defined, inflexible schedule.