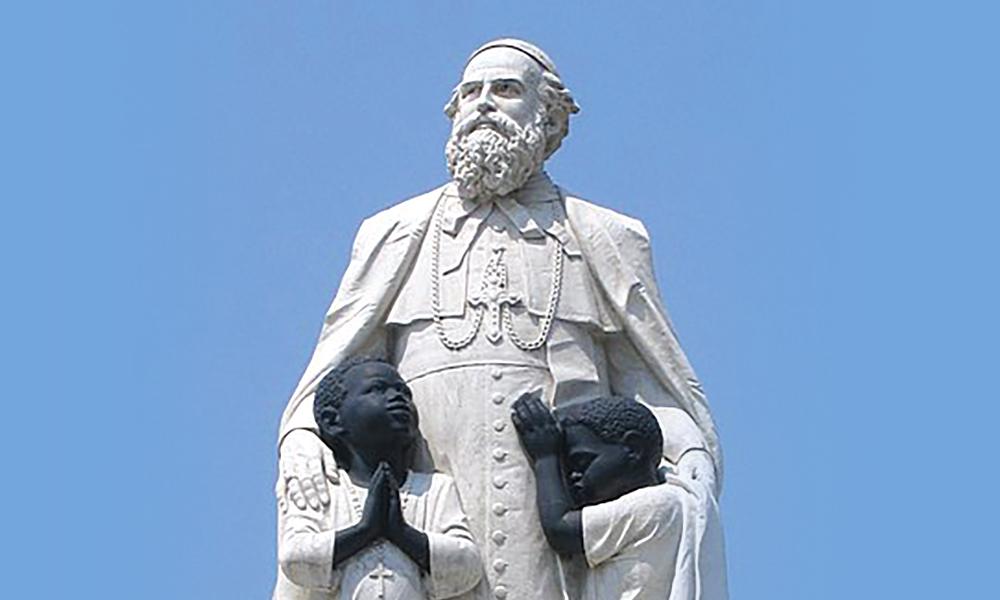 Inspired by the stories of missionaries who visited his classroom, St. Daniel Comboni consecrated his life to Africa at age 18. His impassioned advocacy to “Save Africa through Africa” made missionary work on the African continent one of the Church’s priorities at that time. His vision of forming and empowering Africans to evangelize among their own people was revolutionary. Today, Comboni missionaries – 3,500 priests, consecrated sisters, brothers and laypeople – continue to serve in 41 countries on five continents “ministering to the world’s poorest and most abandoned people, often working in unstable political climates, in the midst of extreme poverty.”

Daniel was born in 1831 to poor Italian farmers, the treasured only child who survived childhood. He studied theology, philosophy and foreign languages at the Mazza Institute in Verona for gifted and needy children before entering the seminary and being ordained in 1854. On his first visit to the Sudan three years later, Daniel witnessed the extreme poverty of the people, which only made him more determined:

“We will have to labor hard, to sweat, to die: but the thought that one sweats and dies for love of Jesus Christ and the salvation of the most abandoned souls in the world, is far too sweet for us to desist from this great enterprise,” he wrote to his parents.

Devising the vision to “Save Africa through Africa”, Daniel lobbied diligently throughout Europe for funds to support the missions. He founded the Comboni Missionary Institute for men in 1867 to educate young Africans, many of them former slaves. In 1872 he founded the Comboni Missionary Sisters, consecrated specifically to the missions and the first to serve in Central Africa.

Appointed the first Bishop of Khartoum in 1877, Daniel worked tirelessly to abolish slavery in the region while continuing to train Africans to take leadership in ministering to their brothers and sisters. He died in Khartoum on Oct. 10, 1881 and was canonized in 2003.