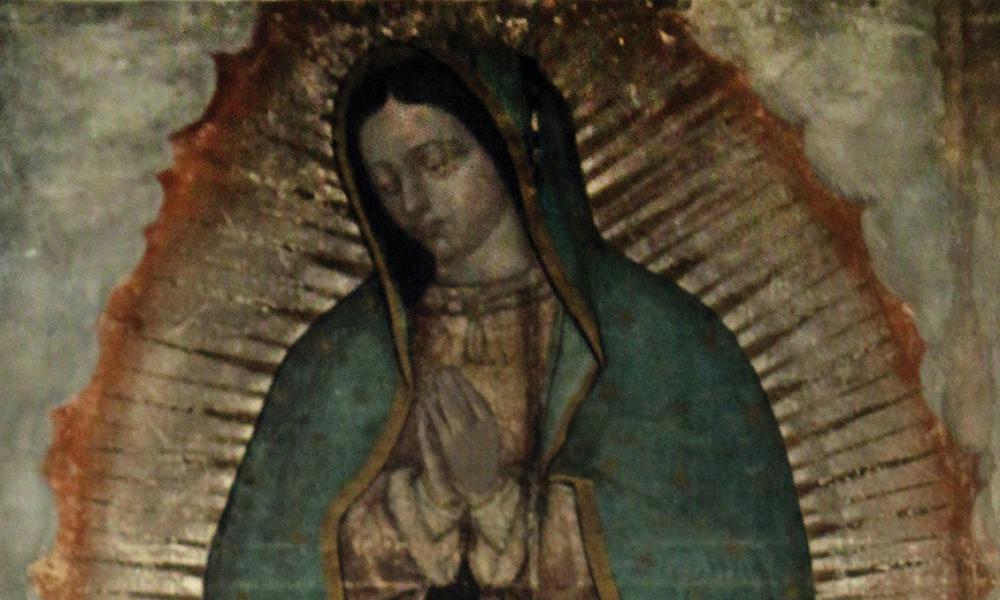 Special Report: Our Lady of Guadalupe

At the beginning of the 16th century, central Mexico was dominated by the Aztecs. The Aztec supreme being, Ometéotl, was thought to be the only stable and permanent entity and so, for the Aztecs, the rest of the universe was fragile and constantly threatened with disappearance. Consequently, they understood their duties to include waging war, dying for the gods, and offering human blood in sacrifice for the conservation of the world.

Of course, this obsession with blood sacrifice made the Aztecs very unpopular with the other people of Mexico. So when the Spaniards arrived in Mexico in 1519, they found willing allies in their war against the Aztecs. By 1521, the entire Aztec culture was overthrown forever.

Then on Saturday, December 9, 1531, Juan Diego, a Christian Indian, encountered a lady of “glowing beauty,” who announced herself as the “ever holy Virgin Mary, Mother of the true God” on the hill of Tepeyac, in present-day Mexico City. She conveyed to him that a temple was to be built so that she could show she was loving mother “to all the inhabitants of this land and to all who love me, call upon me, and trust in me.”

Juan Diego was instructed to go to the palace of the bishop and make her desire known. However, the bishop did not believe him. Saddened, Juan Diego asked the Lady to entrust the mission to one more important as he was a “nobody.”

Juan Diego did not return to the hill because his uncle had fallen gravely ill. As he went to find a priest for his uncle on December 12h, he tried to avoid the Lady. His efforts failed as the Lady appeared to him, assured him that his uncle was healthy, and instructed him to go to the top of the hill and gather the flowers he found there.

Of course, he was stunned by what he found in mid- December: exquisite roses from Castille. He gave them to the Lady who arranged them in his tilma. She told him to go to the bishop and unfold his mantle only in the bishop’s presence and show him the flowers. When he did this, the image of Mary appeared on the tilma causing the bishop and all present to fall to their knees.

The Guadalupe event represented a new beginning for the Mexican people. There was an immediate explosion of faith as the news of the apparition was spread by the people themselves and nine million were brought to the Church within six years of the event. While volumes have been written on the richness of the symbolism of Guadalupe, it is sufficient to say that the power of the image rested in its ability to communicate to all the different populations in Mexico from within their own values and ideals.

The image of Guadalupe, according to author Virgilio Elizondo in his La Morenita: Evangelizer of the Americas, is what was born in the new “American” synthesis resulting from the racial, social, ethnic, religious, political, artistic, and economic confrontation between Spain and Mexico that began in 1519. She was the foundation upon which the pride of the grandeza Mexicana would grow. She was the basis for the spiritual emancipation of the Mexican nation that would give rise to their political independence from Spain.

She has come to stand for the unity and reconciliation, the personal and collective emancipation, and the liberation of Mexico. Furthermore, her importance has continued to grow beyond the borders of Mexico. For example, more than 20 popes have officially honored Our Lady of Guadalupe. In 1945, Pope Pius XII declared her “Queen of Mexico and Empress of the Americas.” In 1999, St. Pope John Paul II declared December 12 a Liturgical Holy Day for the whole continent and entrusted the cause of life to her loving protection. She is also the “Patroness of the Americas” and the “Patroness of the Philippines.”

TALK ABOUT AN ENDURING IMAGE…

The image of Our Lady of Guadalupe that appeared on St. Juan Diego’s tilma, or simple cloak, should have deteriorated within 20 years. More than 480 years later, the image shows no sign of decay!

The Nican Mopohua stands as the first written account of the apparitions of Our Lady of Guadalupe. It was composed in Nahuatl, the Aztec language, by Antonio Valeriano around the middle of the 16th century. Unfortunately, the original has never been found, leaving us with the first published copy in Nahuatl by Luis Lasso de la Vega in 1649.

The “Old” Basilica of Our Lady of Guadalupe was officially known as the Templo Expiatorio a Cristo Rey. It was started in 1531 based on instructions from Our Lady of Guadalupe and was finally completed in 1709 on Tepeyac, or the Hill of Tepeyac, in Mexico City where the Virgin of Guadalupe appeared to Saint Juan Diego in the same year. The tilma of St. Juan Diego was housed in the Basilica from 1709 to 1974 and survived a bomb blast by an anti-clerical activist in 1921.

Because Mexico City was built on a former lake, the weak ground began to give way and the Basilica started to sink giving rise to the “new” Basilica. Repaired and re-opened, the “old” Basilica is now a place of perpetual adoration.  The “new” Basilica now houses the tilma. It was built by the same Mexican architect who designed the “Estadio Azteca.” It can seat 10,000 people and can offer temporary seating for up to 40,000.

An estimated 10 million people visit the Basilica of Our Lady of Guadalupe each year. This fact makes it the most popular Marian shrine in the world and the most visited Catholic Church in the world after St. Peter’s Basilica in Vatican City.

Hill of Tepeyac - a hill that was sacred to the indigenous peoples of Mexico and the location of the Aztec shrine dedicated to the goddess Tonantzín, known as “Our Mother” and the “serpent woman,” and was one of the four major ancient religious sites of religious sacrifice.

Flor y Canto – the narrative of the Guadalupe event begins with St. Juan Diego hearing “the most beautiful singing of precious birds” and concludes with the Castilian flowers growing on the barren hill of Tepeyac in December. Both point to the Aztec understanding that truth and divine self-revelation are always encountered in beauty, in flower and song. The presence of both would have signaled to the Aztecs that a divine revelation was forthcoming.