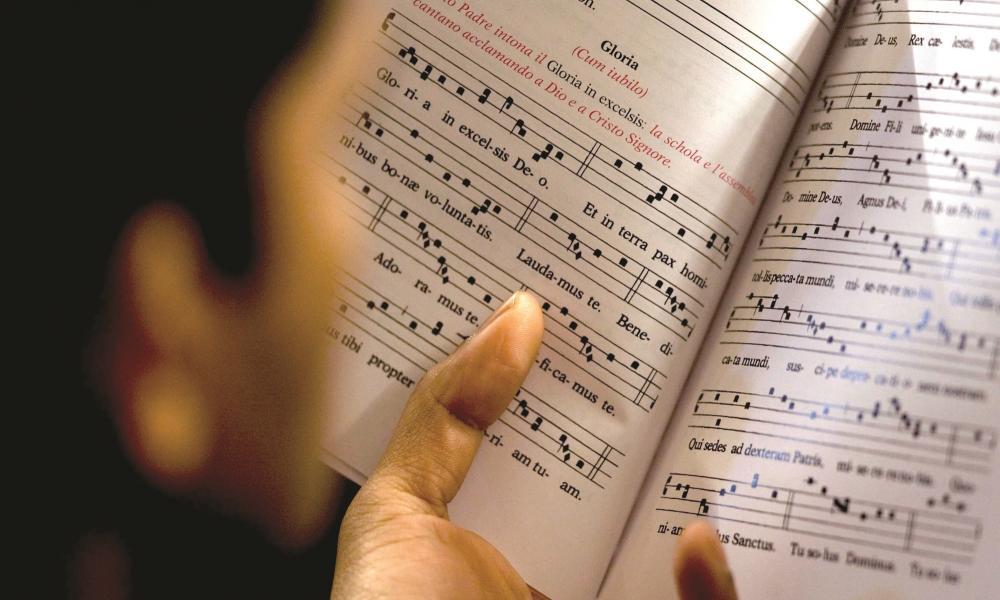 The Roman Missal: The Gloria

Adoxology is a “word of praise” and we have several in our Mass that usually conclude a prayer. But the Gloria is known as the Great Doxology. It is a Christian hymn modeled after the psalms and canticles of the Bible. Originally used as an Easter hymn and at the conclusion of morning prayer, it can be found in Greek and Syrian sources as early as the fourth century, most notably in the Apostolic Constitutions in 380.

Some call it the “angelic hymn” since its first words are taken from the angels’ greeting to the shepherds at Bethlehem. (Luke 2:14) It was first incorporated into the pope’s Christmas Mass in the sixth century. By the 11th century, it was sung at all Masses on Sundays and special occasions.

Ideally, since it is a hymn, it is always sung. Originally, it was sung by the assembly with a simple melody. Only in later centuries, when elaborate polyphonic settings were composed, was it sung exclusively by a choir. Today, it may be sung by the entire assembly, by the cantor or choir, or by the people alternating with the choir.

The text of this hymn may not be replaced by any other text. (GIRM 53) It is sung or said on Sundays outside the seasons of Advent and Lent, on solemnities and feasts, and at special celebrations of a more solemn character.

In November 2011, when we begin using the new translation of the Roman Missal, you will notice some new phrases. They are not in our current translation, but they do appear in the Latin original – “We praise you, we bless you, we adore you, we glorify you, Lord God, heavenly King, O God, almighty Father.” Even this seeming repetition is a sign of our meager attempts at due praise. The word “sins” is now pluralized, acknowledging that Jesus takes away sins from each of us and all of us. The word “begotten” has been added to the phrase “Only begotten Son of the Father” to give a fuller expression to this important doctrine. Indeed, this phrasing is found in the Antiphonary of Bangor in 690 (Deus Pater omnipotens, Domine Fili Unigenite, Sancte Spiritus Dei).

It is fitting that the Glory to God appears in our introductory rites. We are gathered together to join the entire Church in a sacrifice of praise.

Glory to God in the highest

and peace to his people on earth.

we give you thanks,

we praise you for your glory.

Lord, Jesus Christ, only Son of the Father,

you take away the

sin of the world:

have mercy on us;

You are seated at the right hand of the Father,

For you alone are the Holy One,

you alone are the Lord,

you alone are the Most High,

Jesus Christ, with the Holy Spirit,

in the glory of God the Father. Amen

Glory to God in the highest,

and on earth peace to people of good will.

we give you thanks for your great glory,

Lord God, Lamb of God, Son of the Father,

you take away the sins of the world,

have mercy on us;

you take away the sins of the world,

you are seated at the right hand of the Father,

have mercy on us.

For you alone are the Holy One,

you alone are the Lord,

you alone are the Most High,

with the Holy Spirit,

in the glory of God the Father. Amen.