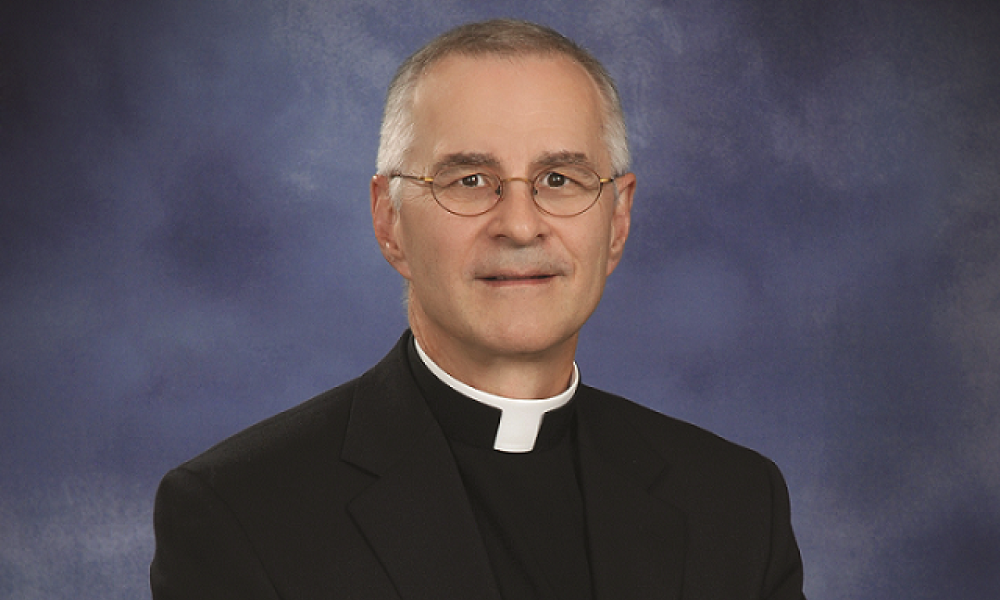 Pope Francis has appointed Msgr. Steven J Raica, chancellor of the Diocese of Lansing, as the Fifth Bishop of the Roman Catholic Diocese of Gaylord. The Holy Father’s appointment was announced on Friday, June 27 at 6:00am EDT at the Vatican. The date of Bishop-elect Raica’s consecration and installation will be Thursday, August 28 at St. Mary Cathedral, Gaylord.

“As I prepare myself to serve the people of God in the northern part of Michigan’s Lower Peninsula as a new bishop, I offer my praise and gratitude to the Lord Jesus whose presence in my life has enabled me to experience an abundance of life,” said Bishop-elect Raica in a statement. “My gratitude also goes to Pope Francis for entrusting me with this honor and great responsibility. The priests, religious, colleagues in ministry and the faithful with whom I have been privileged to journey in faith here in the Diocese of Lansing have been true companions reminding me of the Lord’s love and mercy. I beg for their prayers that I may serve the Lord totally and faithfully in this new ministerial chapter of my life.”

Bishop-elect Raica was born Nov. 8, 1952 in Munising, Mich. to Mary (Tarro) Raica and Steve J. Raica (deceased). He received a B.A in mathematics / secondary education, from Michigan State University, He completed his priesthood studies at St John Provincial Seminary in Plymouth, earning a master of divinity degree. Bishop-elect Raica is an alumnus of the Pontifical North American College in Rome, having earned his doctorate in canon law, with a specialization in jurisprudence.

He was ordained a priest in 1978 by Bishop Kenneth Povish, the third bishop of Lansing. In 1998, he was named a prelate of honor with the title “monsignor” by Pope John Paul II. His priestly assignments included serving as associate pastor of St Pius X Parish, Flint; pastor of Holy Family Parish, Ovid; and pastor of St Mary Parish, Charlotte. From 1999-2005, he served as the superior of the Casa Santa Maria, the post-graduate residence for priests at the Pontifical North American College in Rome. Since 2005, he has served as the chancellor and vicar general of the Diocese of Lansing.

During his priesthood, he has been involved with the Church’s ministry to the hearing impaired, serving first as director of that effort in the Diocese of Lansing, and in recent years as the chaplain to the diocesan deaf ministry. Since 2005, he has served as a member of the board of directors of FAITH Catholic, the publishing and communications arm of the Diocese of Lansing.