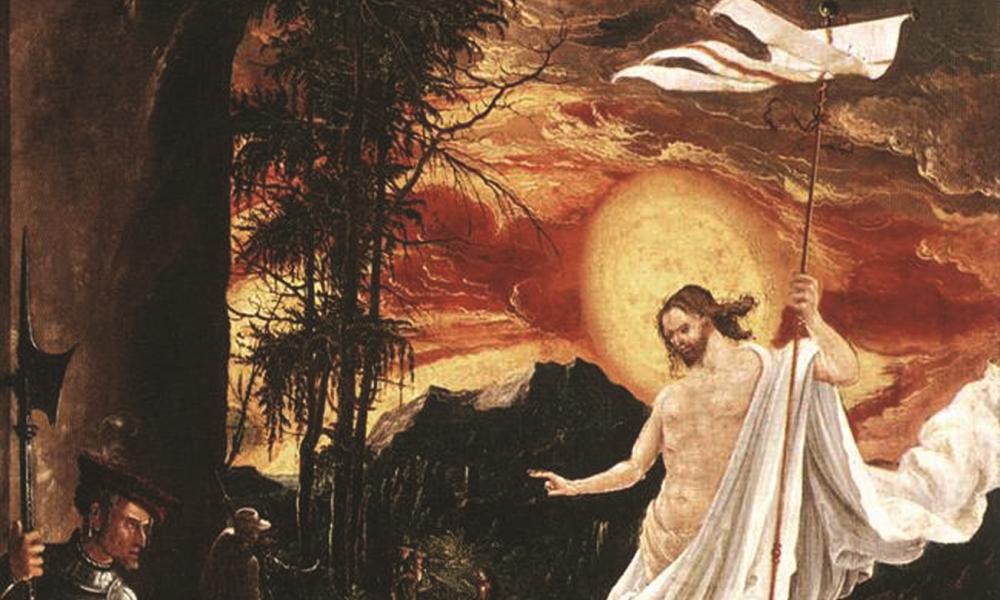 What was Jesus really like after the Resurrection? How would he look and sound?

This year, FAITH is exploring Christology – the study of Jesus Christ. We asked several eminent seminary professors some questions about Jesus. Their answers are enlightening and thought-provoking.

Q. FAITH: If we met Jesus the moment after the Resurrection, how would he look and sound? Could we touch him? Why did so many of his friends not recognize him?

Father Acklin: All we have to go by are the Gospel accounts. The skepticism of the last several centuries has affected us overmuch. I am not a literalist or fundamentalist in a negative sense, but we go too far if we become very skeptical about what really happened. The historical elements are very important. But the most important element is faith – it is not so much proving what “really happened” as understanding that the Resurrection was an event that took place in time, yet reaches into every moment of time and beyond time. I think the appearance of the risen Lord – the variety of the Gospel accounts – is explained by the subjectivity of the recipients. Jesus had already gone beyond space and time. He had already descended into hell and come back into space and time in some ways. Yet, Jesus invites people to touch him – to eat meals with him. The tendency to explain away the bodily resurrection diminishes our own bodily significance – we are going to live exactly as Jesus: in transformed bodies. As Paul says, if Jesus did not rise from the dead, then our faith is in vain.

Father Muller: According to the Gospel accounts, you could touch Jesus after the Resurrection. When he tells Mary not to do so, it’s cryptic – he is letting her know that their relationship has changed. When Jesus appeared to the disciples, it could have given them the impression that their relationship was going to go back to what it had been before the crucifixion. Jesus is saying that isn’t the case – their relationships will be transformed. In terms of his appearance, we don’t have a clear idea of the properties of a resurrected body. Jesus could appear behind locked doors; clearly there was some sort of change that took place in his relationship to bodiliness. In terms of recognition, when someone is changed, you don’t necessarily recognize them immediately. You go to high-school reunions, and someone looks vaguely familiar and you know you should recognize them, but it takes some kind of action to jar the memory. And so some did not recognize him until he broke bread with them.

Father Stevens: It is interesting how reticent the Gospels are about providing a physical description. There are two texts about how we recognize him after the Resurrection. One is Paul’s conversion story, where Jesus says, “Saul, Saul, why are you persecuting me?” In this, Jesus makes no distinction between himself and his community. This is how we are to recognize him – it is in the lowly that we find Christ. (Mt 25) His followers also recognized him in the breaking of the bread – at that moment, they said, “Our hearts were burning within us.” The recognition makes us more, bigger. Read the Magnificat – Mary’s heart is enlarged, increased. We are made bigger because the Word is made present – whenever our hearts burn, that’s the recognition.

Anselm was born in Burgundy, and was the noble son of Gundulph and Eermenberga. After his mother died, he fled his father’s harsh temper and traveled a while before coming to Normandy and entering the abbey at Bec when he was 27.

Anselm became the abbot, building Bec into a formidable academic power and writing several theological works. He was the archbishop of Canterbury from 1093-1109, and was renowned as a philosopher and theologian. His famous ontological arguments for the existence of God still influence theological thought today.

Anselm’s Christological position rests on the concept of the atonement – if our sins have wounded God’s honor, God’s justice demands satisfaction, which, as a penalty for man, must be of man. Since God is infinite, the satisfaction must also be infinite, and therefore divine. Only in Jesus could this be accomplished.

Monarchianism: Jesus is holy, not divine

This heresy has nothing to do with kings and queens – or butterflies. Its name is rooted in the Greek monarches, or “one rule.” Dynamic Monarchians taught that the Father, the Son and the Holy Spirit were three persons, one God. They taught that God is one person – the Father. Jesus is a man and the Holy Spirit is a “presence” of God the Father. Jehovah’s Witnesses are modern examples of Dynamic Monarchians. Some Dynamic Monarchians were also adoptionists, which will be discussed later. Modal Monarchianism teaches that the Father, Son and Holy Spirit are modes of a single person – God. So, Jesus is God the Father, simply in a different mode or form. Modern examples are some Pentecostal and Apostolic churches, which teach that the name of the one God is really Jesus and that baptism must occur in his name, not in the name of the Trinity.

What is the Magnificat? Mary’s prayer at the annunciation. It begins “My soul magnifies the Lord.” See Luke 1:46-55.

Jesus Is called the alpha and omega in the Book of Revelation. Alpha is the first letter of the Greek alphabet and omega the last. So, this symbol indicates that Jesus is the beginning and end – the all.