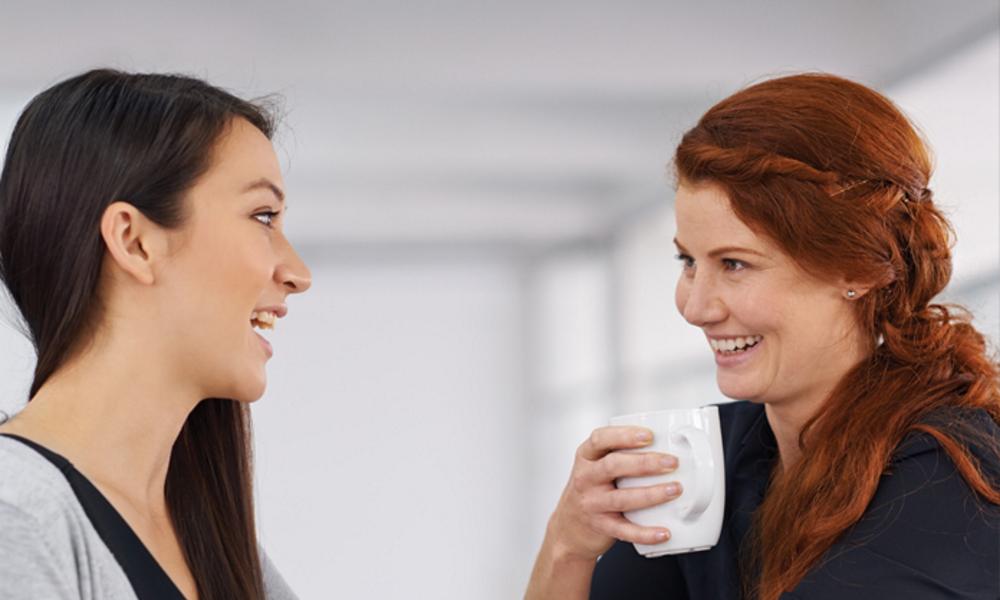 What do you say when a co-worker asks you about being Catholic?

This year, Theology 101 will focus on the topic of evangelization. Specifically, the task will be to offer some ways of approaching various questions Catholics may encounter from co-workers, family and friends regarding the practice of the faith. Of course, this undertaking represents only possibilities, and we must remember that nothing can replace the power of witnessing to the Good News through our own actions and words, combined with our willingness to accompany others on their faith journey. This means patiently engaging others in dialogue, asking questions and truly listening to responses, and, perhaps most importantly, not insisting on “winning” a debate.

My co-worker told me over lunch that she was raised Catholic and used to go to Mass, but gave it up because she found it boring. She said she wishes she could get out of it what I do — what can I say to encourage her?

This is an interesting comment. On the one hand, this co-worker has given up going to Mass because it was boring. In other words, she lost interest in the Mass. On the other hand, she looks at her colleague, who presumably attends Mass regularly, and sees in her something that she desires. The question, of course, is what is it that she finds so desirable in terms of what she thinks the practicing Catholic gets out of Mass? So, the starting point is going about the work of identifying what has actually piqued her interest, rather than focusing on the reasons she found the Mass boring.

Build upon the foundation of desire

Boredom ultimately involves problems of engagement. Albert L. Winseman, in his book Growing an Engaged Church: How to Stop ‘Doing Church’ and Start Being the Church Again, writes that engagement is ultimately tied to how deeply one feels about something, a feeling that leads to commitment. It involves getting and giving; belonging and growing." (Gallup Press, 2007)

Winseman also identifies indicators of engagement. These indicators range from knowing what is expected of us, having spiritual leaders who care about us as people, having our spiritual needs met, feeling that our participation is necessary for the mission, having opportunities to learn and having a best friend in the parish.

Wishful thinkingOnce there was a marvelous concert pianist. After a show, during a meet and greet, one enthusiastic fan proclaimed, “I would give anything to play the piano like you.” Without missing a beat, the pianist responded, “Would you give up your youth, forgo playing with other kids and participating in other extracurricular activities so you could practice six t -eight hours a day year-round for years on end? Would you give up dating and all other desires for a single-minded commitment to the art?” The fan slowly lowered his head as the enthusiasm of the previous moment left his face and he turned and walked away, dejected.

Sharing is critical, but we must take care not to overwhelm by giving an inexhaustible prescription for action out of our enthusiasm. Everything is subject to a growth process that must be respected lest the life of something be uprooted or cut off prior to maturity.

The practicing Catholic’s engagement with her co-worker about what it is the co-worker believes she gets out of Mass can provide an opportunity to evangelize, or share the Good News, about the Mass. Of course, she wants to evangelize in a way that will hopefully lead to the co-worker’s desire to re-engage with the Mass (which means keeping in mind the aforementioned indicators of engagement). For example, the catechism teaches us that the word “liturgy” originally meant a “public work” or a “service in the name of/on behalf of the people.” For the Christian, it means the “participation of the people of God in ‘the work of God.’” (CCC#1069) In other words, Christ continues the work of our redemption in, with and through the Church which is his body. Notice this means our participation is necessary for this mission, and there are clear expectations for us. It means belonging to something bigger than ourselves.

Accompaniment and dialogue are key, as the faith journey of each person must be respected and honored.