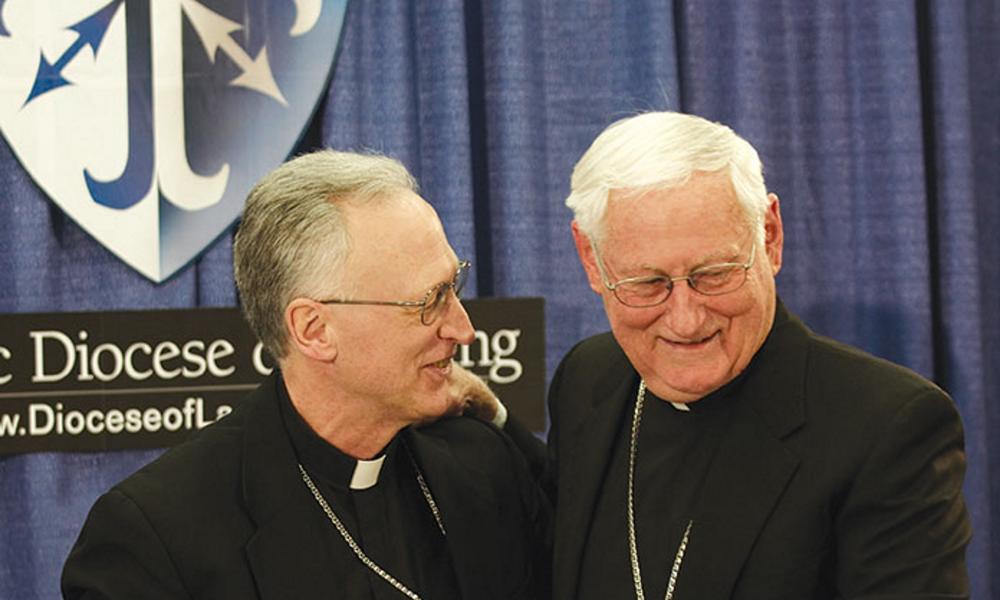 My archbishop back in the 1980s told me that I was not everything one would want in a priest. I was not too taken aback, especially when it became clear that this was mostly about my eccentricities, which I leave to your imagination.

Together, we have accomplished much in these 10 years. We implemented the “Planning Tomorrow’s Churches” study, which has led to the clustering and merging of a number of parishes and the closing of a few. We are near the end of that process and need to do more planning for the future.

We have set our diocese in good financial shape after having to make some steep cuts in 2008. The latest element has been to move us to invest in our future through the Witness to Hope Campaign, which has so far pledged $81 million dollars and strengthened all our parishes. The diocese has also assisted in the demolition of many unused buildings in our parishes. And we have established the Catholic Foundation for the oversight of the gifts which you give to our parishes and the diocese.

We have moved from maintenance to mission in our Catholic schools and Catholic Charities, enhancing the Catholic character of all of them. We also conducted a media campaign to support our schools and encourage enrollment.

We studied the decline of Catholic practice in our diocese and issued a Pastoral Letter in 2012, “Announce the Gospel of the Lord,” to move us to build up the Household of Faith, to reach out to the Lost Sheep, and to reform our culture, the Court of the Gentiles. Our two assemblies have been motivating for our leadership, and our third assembly this Sept. 22 will be a call to all our folks to become missionary disciples.

We have begun a great experiment in Flint, Faith in Flint, to make the presence of the Catholic Church there a brighter beacon of hope and love.

We have worked hard on creating a culture of vocations, especially our calling to live out our baptism. It has been a blessing to raise the Dominican Community of Mary, Mother of the Eucharist, in Ann Arbor to a diocesan right, a sign of God’s grace at work.

Finally, you, the priests, deacons, consecrated men and women and laity of this great diocese have formed and blessed me these years. Thank you.

In spite of all this, I am a sinner. There is much more that I could have done and should have done to serve you. And I know that I have hurt some of you, for which I apologize. All that I can do on this anniversary is beg for your prayers. My only aim is to help get us all to heaven; may our journey there be guided by Jesus who is the truth, the way, and the life.