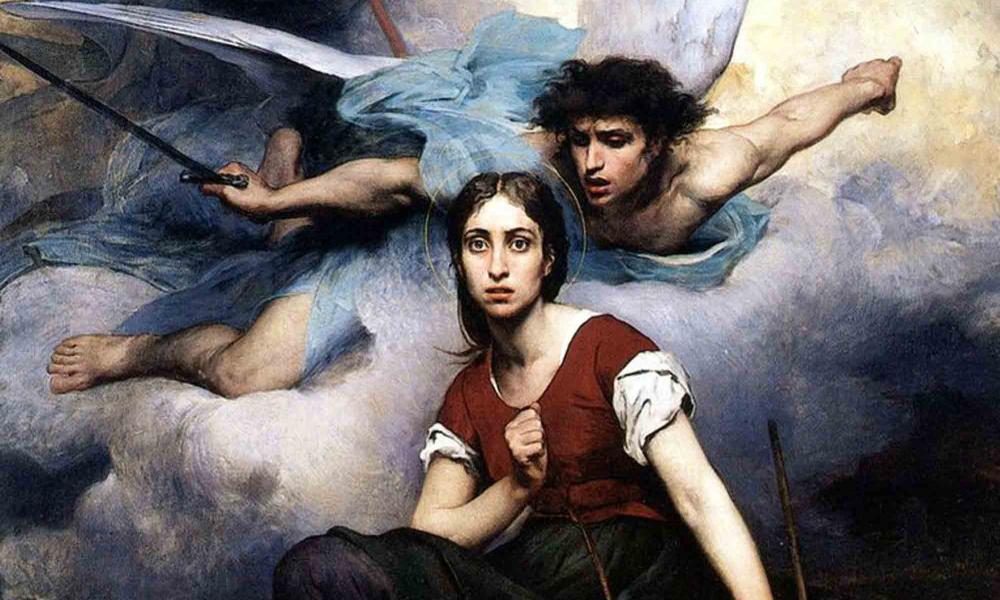 Thanks to movies, books and popular legend, St. Joan of Arc seems more familiar than many saints because we have seen her depicted as a male soldier, wearing military armor. But did you know that this courageous peasant girl from the 15th century, who helped drive the English from French territory during their long-running war, never had any military training? Did you know she never learned how to read or write? And in spite of no formal religious training, Joan of Arc was able to speak eloquently about theology and her faith at her trial.

Motivated by visions when she was just 12 years old, Joan spent a great deal of time in prayer as a young girl, and was wise beyond her years. Due to her success on the battlefield, she was eventually captured by the English and put on trial for political reasons. Deemed a heretic and a witch, Joan defended herself and her faith with grace and composure. At one point, she was asked a trick question about being in God’s grace, which according to Church doctrine, one could not know for sure. Joan answered: “If I am not, may God put me there; and if I am, may God so keep me.”

In spite of a lack of evidence, Joan was sentenced to death in 1431 at the age of 19. While she was being tied to the stake, she asked for a cross, and was given one. Twenty-five years after her trial, her sentence was annulled and she was declared a martyr by the Church. She was canonized in 1920 by Pope Benedict XV.