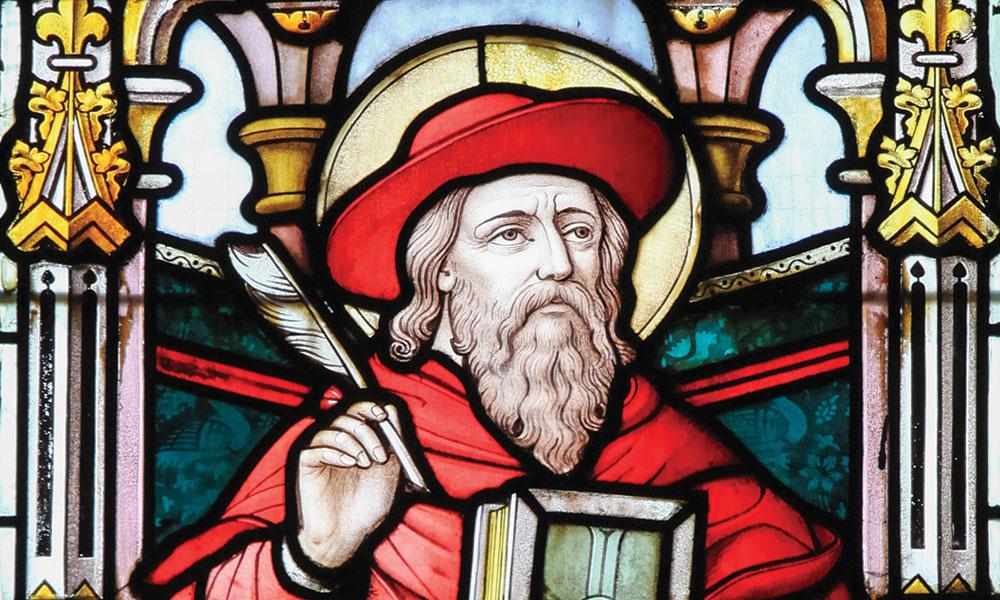 Considered the most learned of the Church Fathers, Saint Jerome is a doctor of the Church. He is most famous for his translation of the Bible from Greek into Latin, known as the Vulgate Bible, and his Scripture commentary, which is still widely used today. His zealous pursuit and defense of truth, scholarship and asceticism made him a frequent critic of his contemporaries in the fourth and fifth centuries. His commitment to excellence and thorough research for his prolific writings on Scripture, theology and monastic life significantly influenced the Church in the early Middle Ages.

Jerome was born in modern-day Slovenia or Croatia around 347, and began his education at home before being sent to Rome at age 12 to study grammar, philosophy and rhetoric. He was baptized there in 366. After completing his studies, he traveled for the next 20 years to areas in the East, including Asia Minor and Syria, increasingly attracted to monastic life and asceticism. In 375, Jerome sought peace in the desert as a hermit. During that time, he learned Hebrew, studied Greek and shared his writings in correspondence with his friends. By 378, Jerome was recognized as a significant scholar. He agreed to be ordained as long as he could continue his monastic and scholastic pursuits and would not have to perform priestly functions.

He spent the next few years continuing his studies of Scripture, improving his knowledge of Greek and translating important Church documents into Latin. Jerome returned to Rome in 382, and, as secretary to Pope Damasus I, used Greek manuscripts to improve the Old Latin version of the Gospels. His viewpoints were not always appreciated, however, especially his zealous promotion of monastic life, of virginity as superior to marriage and strong condemnation of the lax behavior of the Roman clergy. Following the death of Pope Damasus, the criticism surrounding him grew louder and more extensive. Resentful and aggrieved, Jerome left Rome and established a monastery in Bethlehem in 389, and lived in a cave nearby until his death in 420.