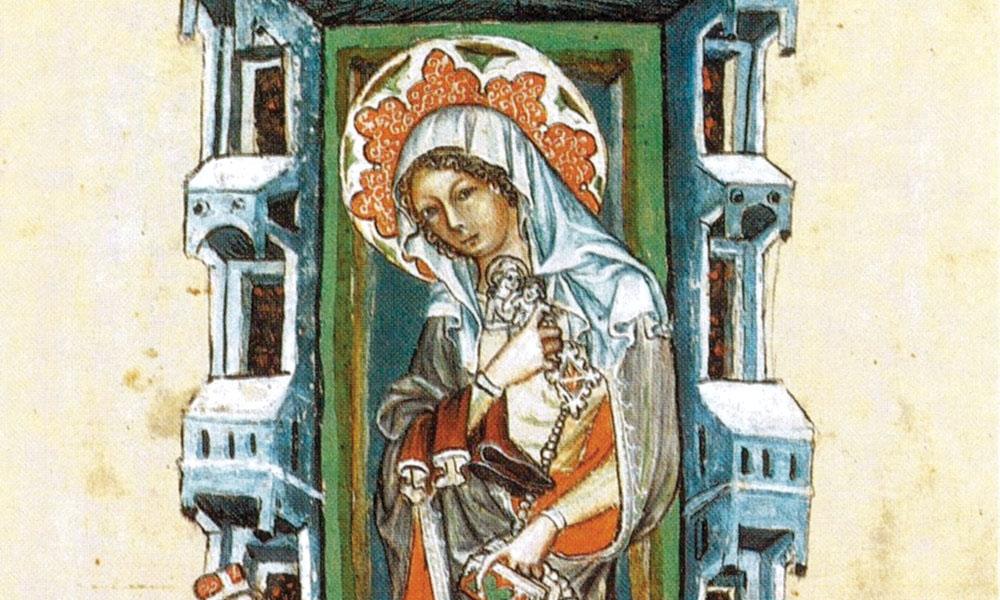 Born into a noble and politically influential Bavarian family in the 12th century, St. Hedwig could have spent a life indulging in the luxuries available to the wealthy and powerful. But as a duchess, Hedwig used her influence to promote peace and offered her resources to build hospitals, leper asylums and monasteries while devoting her life to simplicity, charity and prayer.

Hedwig was born in 1174 and enjoyed an education at the monastery of Kitzingen until her marriage to Henry of Silesia (now part of Poland). When Henry succeeded his father in governing, Hedwig began the important role of supporting his efforts to develop the region. She convinced Henry to use her dowry to build a monastery for Cistercian nuns at Trebnitz, and promoted religious education throughout the region. Hedwig also was influential in promoting peace between nobles vying for power. She is credited with intervening to save Henry’s life in one instance when he was captured.

Considered very pious, Hedwig and Henry took vows of chastity after having seven children, and Hedwig devoted much of her time to prayer at the Abbey of Trebnitz. When Henry died in 1238, Hedwig took up residence at the abbey and continued her charitable work. She donated all of her inheritance to the Church, and continued her ministry among the poor and the sick.

Hedwig died in 1243 at the Abbey of Trebnitz, and was canonized in 1267 by Pope Clement IV. Her life of faith had a tremendous influence on her husband and the region in which they lived. Together, they supported and established numerous monasteries, which preserved their culture and deepened the faith of the people.