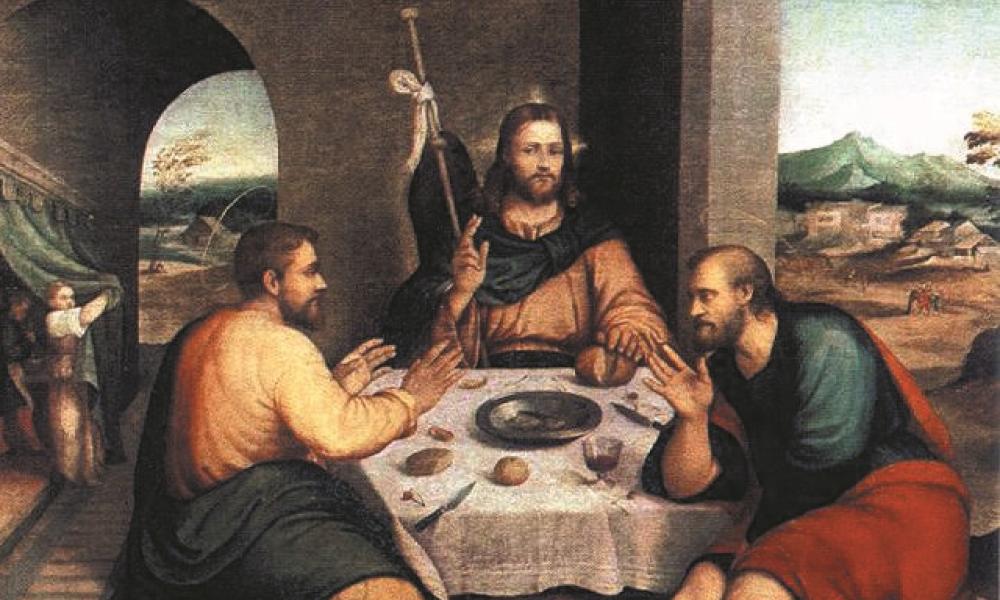 4 ways Christ is present at Mass

On the night before He died, Christ gathered His disciples for a meal. He took simple bread and wine. He blessed it in a great prayer of thanksgiving to his Father. He broke the bread and gave it to His disciples. It was a familiar ritual, only this time it was different.

This bread “is my body which will be given up for you,” Christ said. This cup “is the cup of my blood, the blood of the new and everlasting covenant. It will be shed for you and for all so that sins may be forgiven.” He commanded that we continue to do this in memory of Him (cf. 1 Cor. 23-26).

The Church has never failed to follow this command. We continue to celebrate this sacrament and to give thanks (Greek – eucharistein) to God. And we follow the same four-fold pattern of taking, blessing, breaking, and giving.

The Lord’s Supper has alwXays been inextricably linked to our Sunday assemblies. We do not recreate the Last Supper every Sunday morning, rather we engage in anamnesis – a memory which makes present. In the great Eucharistic Prayer, we join ourselves to the sacrifice of Christ, made present on our altar, and offered again to the Father. This is the source and summit of the Christian life (SC #10, CCC 1324).

Christ is wholly present in either the bread or the wine, but it is fitting to receive Christ under both forms as a fuller expression and foretaste of the heavenly banquet.

When we receive Communion, we hear those wonderfully ambiguous words – “The Body of Christ.” We respond “Amen” (so be it). In so doing, we express our faith in the true presence of Christ in the Eucharistic bread. But we also remind ourselves that this sacrament forms us into the Body of Christ. Nourished by this bread and wine, Christ’s body and blood, we are called by God, though Christ our Head, and by the grace of the Spirit, to build the kingdom of God on earth.

Meals are important – the wedding feast at Cana, feeding of the 5,000, dining with sinners and tax collectors

The disciples walk with Jesus on the road to Emmaus, but recognize Him in the breaking of the bread (Luke 24:13-35). Christ prepares breakfast on the seashore (John 21:1-14).

Ignatius of Antioch – Letter to the Philadelphians (110)

2 the presidency of bishop

3  the action of praise and thanksgiving with bread and wine

1  early Christians gathered on a Sunday

2  presiders gave thanks to the best of their ability

4  Eucharist as part of initiation rite

1  Communion on Sundays, Wednesdays and Fridays

Repentance and reconciliation as conditions for Communion

1  Latin is being used at Mass

2  Private prayers of the priest added to liturgy

3  Shift in understanding – priest praying while people doing other things

4  Priests begin to give Communion in mouth

5  Communion is distributed after Mass

6  gradual removal of cup from laity

2  Eucharist not something to eat and drink, but an object to be reverenced

Lanfranc – visible appearance vs. interior essence; truly is flesh and blood of Christ

3  Thomas Aquinas and others use philosophical arguments: ‘substance’ = Body and Blood of Christ; ‘accidents’ = bread and wine.

3  Eucharist strengthens us spiritually and wipes away venial sins

2  provides rituals for Communion outside of Mass

2  Reform of the Mass, including return to vernacular language

2  extends faculty to receive more than once per day

3  eliminates fast for ill and aged

4  restores reception of Eucharist in the hand