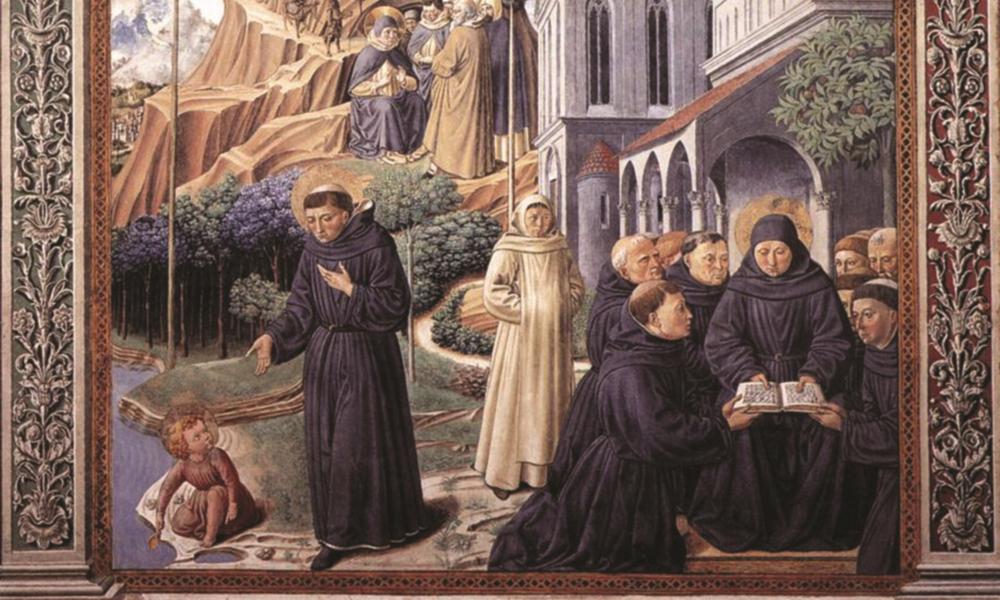 Q: What does the church mean when it says that the Sacred Scriptures are inspired?

What does the Church mean when it says that the sacred Scriptures are inspired?

Professor Schoenstene: In plain terms, the notion of the sacred Scriptures as inspired means that what is in the Scriptures is what God wants to be there. In other words, the Holy Spirit is behind the human words through which God communicates to us. Because of this inspiration of the Holy Spirit, the human words that comprise the Scriptures are trustworthy, in regard to both faith and the moral life, and contain the revelation of who God is to us, and of who we are in relation to God and to each other.

Professor Nagel: When the church speaks of the inspiration of sacred Scripture, it affirms that these writings have God as their source, and that they reveal knowledge of God that, left to ourselves, we humans could never attain. One biblical text, 2 Tim 3:15-17, provides a foundation for the concept of inspiration when it states that the sacred writings “are able to give you wisdom for salvation through faith in Jesus Christ.” It also employs a rarely used Greek word, theopneustos, which literally means “God breathed” or “God inspired,” when it states that “All scripture is inspired by God…”

The “fact” of the inspiration of sacred Scriptures has been affirmed from the beginning of the church by both the Eastern and Western church fathers. At the same time, it is not clear from their writings how these early Christian writers understood inspiration, how it actually takes place. The church has made clear that any ultimate definition of inspiration must consider the very real contributions of both its divine and human authors. Further, the church has eliminated three inadequate definitions of inspiration because they fail to recognize this balance of divine – human cooperation, namely mechanical dictation, mere assistance and subsequent approbation.

Pilgrimage Destination of the Month

Every year, Catholics from around the globe travel to religiously significant locations in order to deepen their understanding and appreciation for the Catholic faith, to venerate Mary and the saints, to ask for intercessory prayers, and to express gratitude. Here is just one of the many places you might want to make a pilgrimage.

According to tradition, the Apostle James (Santiago) went to this most northwestern part of Spain to preach and convert people to Christianity after the death of Jesus. After returning to Palestine, he was taken prisoner by the Jewish king, Herodes Agrippa I, and tortured to death. His disciples stole the body, landed in Spain, and buried him at a secret place in the woods.

In the early 9th century, the hermit, Pelayo, heard angelic music in the woods and saw altar lights. The parishioners of San Félix de Solobio, at the foot of the forest, announced the event, and Bishop Teodomiro went in the forest, found the mausoleum and identified it as the Apostle James’ tomb. The field was called, in Latin, Campus Stellae, field of the star, a name that later on became Compostela.

Saint James did several miracles and many people began to make pilgrimages to Santiago de Compostela in order to obtain his grace. The influence it began to make on literature and art established Compostela as a place of cult for Christian society along with Rome or Jerusalem.

When Pope Calixto II established the Jubilee Year in 1122, the number of pilgrims that made the way in the 12th century rose surprisingly to 200,000. The jubilee meant that all penitent travelers who set out on pilgrimage in a Holy Year, a year celebrated each time the apostle’s feast day (July 25) falls on a Sunday, would get jubilee indulgences.

• The Cathedral and its chapel, Capilla del Salvador. Other features include the Obradoiro, (work of gold) Façade and the towers, “Torre de las Campanas” and Torre de la Carraca. The sculptures of the Portico de la Gloria, another entrance door, are considered some of the most important works of medieval art.

• Also, the Festival of the Apostle is celebrated at the end of July. On the eve of his feast day, there is a great fireworks display in front of the cathedral, El Fuego del Apostol. On July 25th, during Mass, a huge incense font attached to the ceiling of the cathedral is swung throughout the nave.

• The Monastery of San Pelayo de Antealtares, with its facade of granite, is one of the oldest buildings in Santiago. It was founded in 11th century by Alphonse II in order to entomb the mortal remains of the Apostle James there.

We are called to reconcile all things in Christ. All created order bears the signature of the Creator, so everything can act as a bridge, a reminder of the God who is our source and our destiny.

The Chalice with a Cross

“The chalice with a cross rising from it is a symbol of our Lord’s obedient suffering and the agony of his passion. The cross is a passion cross, the pointed ends of which remind us of suffering.” (Matt. 26:39)

Q: The honorary title, “Doctor of the Church,” is bestowed by the pope in recognition of a person’s contribution to the understanding and interpretation of Sacred Scripture and the development of Christian doctrine. See if you know which “Doctor” said this…

“More tears are shed over answered prayers than unanswered ones.”

St. Teresa was named the Doctor of Prayer in 1970. Her spiritual writings are remarkable. The account of her own spiritual life, contained in Relations and most famously in Interior Castle, rivals St. Augustine’s Confessions in terms of being a spiritual treasure.

She founded the convent of Discalced Carmelite Nuns of the Primitive Rule of St. Joseph at Avila in 1562. She was mainly responsible for the renewal, reform, and expansion of the Carmelites throughout Spain.

She is the patron saint of Spain and those who suffer headaches.

Her feast day is October 15.