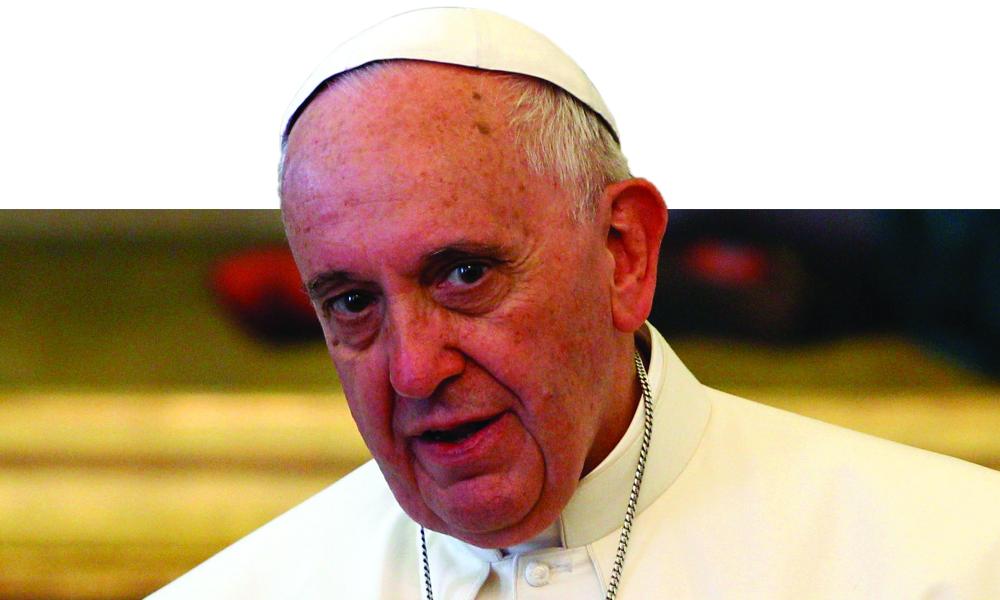 On Oct. 8, 2013, it was announced that Pope Francis had convened the Third Extraordinary General Assembly of the Synod of Bishops to be held in the Vatican Oct. 5-19, 2014. The theme for the assembly will be “The Pastoral Challenges of the Family in the Context of Evangelization.”

Father Federico Lombardi, director of the Holy See Press Office, explained the convocation of the extraordinary session clearly indicates the Holy Father’s conviction “that the Church should move as a community in reflection and prayer, and that she takes common pastoral directions in relation to the most important points…under the guidance of the pope and the bishops.” He added, “the proposal of particular pastoral solutions by local persons or offices carries the risk of engendering confusion. It is opportune to emphasize the importance of following a path in full communion with the ecclesial community.”

The preparatory document states that the social and spiritual crisis of the world today is increasingly impacting the Church’s evangelizing mission as it concerns the family, which is the “vital building-block of society and the ecclesial community.” Consequently, the document stresses the even greater urgency and need for the Church’s proclamation of the Gospel on the Family, which is precisely the driving force behind the calling for the Extraordinary General Assembly.

Among the many situations enumerated in the preparatory document as demanding the Church’s attention and pastoral care are:

Questions about the questionnaire

On Nov. 5, 2013, the Holy See announced that a 39-item questionnaire would be part of the preparations for the 2014 Extraordinary General Assembly. The survey, which is no longer open, sought to assess the attitudes of Catholics toward relevant church teachings on marriage and the family as well as cultural and social challenges to those teachings. Topics included divorce and remarriage, cohabitation, same-sex unions and contraception.

The inclusion of such a survey in the preparations, and the subsequent placement of the questionnaire online specifically by the Bishops’ Conference of England and Wales, caused some speculation that the Synod of Bishops would be placing great emphasis on the current public opinion, or the “polling” results, in their deliberations. However, officials have been clear from the beginning that the synod’s work will be based on Catholic doctrine and not on public opinion.

What is the Synod of Bishops?

According to canon law (Canons 342-344), the Synod of Bishops consists of bishops chosen from different parts of the world who meet at fixed times in order to foster unity, to offer counsel to the pope in matters of faith and morals and to consider questions related to the activity of the Church in the world.

The Synod of Bishops is directly subject to the authority of the pope and is not charged with resolving questions or issuing decrees about them unless the pope specifically endows the synod with deliberative power – and then ratifies the decisions of the synod.

The Code of Canon Law (Canons 345-346) maintains that the Synod of Bishops can be assembled in a general session or in a special session.

• A special session treats matters that “directly pertain to a determinate region or regions.”

In February 2014, Pope Francis issued a letter to families worldwide requesting them “to pray intensely to the Holy Spirit, so that the Spirit may illumine the Synodal Fathers and guide them in their important task.” Earlier, in December 2013, Pope Francis had offered his own prayer for the success of the Synod to the Holy Family:

may the approaching Synod of Bishops

make us once more mindful

of the sacredness and inviolability of the family,

and its beauty in God’s plan.”

Pope Paul VI permanently established the Synod of Bishops on September 15, 1965, in the apostolic letter, Apostolica Sollicitudo, as a way to provide for frequent, regular opportunities of the kind of episcopal collegiality emphasized during the Second Vatican Council.

For some great resources on marriage and family life, visit the United States Conference of Catholic Bishops’ website.