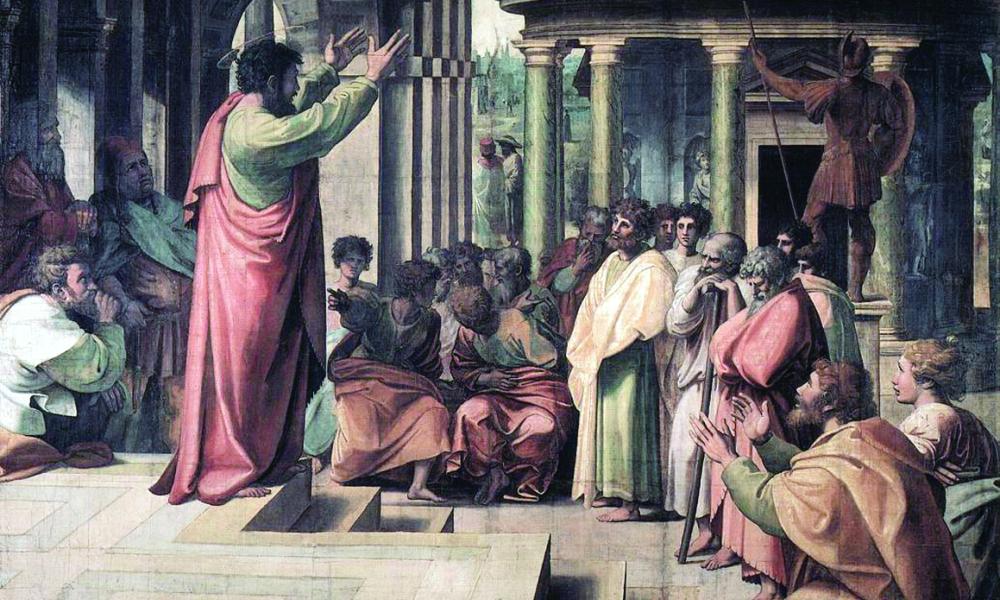 How priests’ lives are changing

Q. As the number of clergy decrease, how do you see the role of the parish priest evolving or changing?

A. Well, first of all, we know from our faith exactly what it is that Jesus established. We understand the purpose of the priesthood because Jesus himself taught this to us. He taught us about the eucharistic dimension of the priesthood – “Do this in memory of me.” He taught us about the pastoral aspect of the priesthood – to lead people as the good shepherd, because he is the one Good Shepherd. Now, in doing this, there are many aspects, but we must always remember the principal aspects. These aspects can develop over the years. There are many consequences, many things in the daily life of a shepherd that can vary. A pastor is called to do many things. But already in the Acts of the Apostles, it was clear that the apostles were not able to do everything. So the church came together and said, “We’re going to establish the diaconate, and the deacons are going to handle some of the things we can’t handle. Because we have to dedicate ourselves to things that are essential to the priesthood, namely prayer and the ministry of the word.” (cf Acts 6) And the height of the ministry of the word is the eucharistic ministry. So, all throughout the centuries, we always have this: The priest has his principal activities to which he must be very faithful. At the same time, he is called to do, as Jesus did, many things. The priest is never isolated, because he is assisted by deacons and, especially since the Second Vatican Council, we have a wonderful emphasis on the role of the laity in the church.

Q. Do you see the parish priest’s role becoming more focused on the sacraments and less on administration?

A. Well, actually, this is the way it always has been.From the beginning, the apostles were faced with many things to do, but there was always a distinction between the things they alone could do and the things that they can get help to do. It is a positive thing for priests to be assisted in so many ways – they are assisted by people who belong to the church and who therefore have a calling to build up the church. So whatever deacons or laity can do is a great blessing, because the sacramental role of the priest – his prayer, his eucharistic enactment, the ministry of the word and the administration of the sacraments – is his principal role. Whatever gives, it can’t be this.

The power and vitality of the Christian faith have long inspired tremendous works of art on the part of believers. One has only to consider the beauty of many of our principal churches to realize the transcendent beauty of our faith. For example, consider:

St. Patrick’s Cathedral is a neo-Gothic cathedral in New York City. It is the seat of the archbishop of the Archdiocese of New York and is located in midtown Manhattan across from the Rockefeller Center.

The land on which the present cathedral sits was purchased for $11,000 on March 6, 1810, as a site for a Jesuit school for young Catholic men. This school failed. In 1813, the land was sold again to Dom Augustin LeStrange, abbot of a community of French Trappists. With the downfall of Napoleon in 1814, the Trappists returned to France, abandoning the property.

On Oct.6, 1850, Archbishop John Joseph Hughes announced his intention to erect a new cathedral to replace the old St. Patrick Cathedral. The new cathedral was designed by James Renwick, Jr. in the Gothic Revival style. Work was begun in 1858 and completed in 1878. The cathedral was declared a National Historic Landmark in 1976.

• The Stations of the Cross – won a prize for artistry at the World Columbian Exposition in Chicago in 1893.

• The Pipe Organs – The Chancel Organ and the Grand Gallery Organ have a combined 177 stops and 9,838 pipes.

• Burials – The crypt under the former high altar holds the remains of the eight past archbishops of New York, Pierre Toussaint and Archbishop Fulton Sheen. In addition, the funeral Masses of Babe Ruth, Vince Lombardi and Robert F. Kennedy were celebrated at St. Patrick’s.

Are you a heretic?:

Do we choose our parents?

A notable author and “spiritual” teacher explains in one of his books that we each choose our parents before our birth in consultation with God, based on our own specific mission. Predominantly, our choice of parents is based on what we need to learn in our lifetime and on what they need to learn.

What is at stake?

(creation out of nothing)

This teaching of the pre-existence of our souls is a prevalent theme in a great deal of New Age literature. However, it is actually a form of a very old platonism. It is a seductive doctrine because it promises to help us give meaning to our individual life situations and a sense of control, i.e. I chose to be going through this trial or this death because of my mission for this life.

At the same time, it devalues the significance of actual human life because it is “pre-determined” and any current life may just be one life out of many we will enjoy since this view holds open the possibility of reincarnation. Compare this with the church’s teaching that each one of us was created by a loving God “out of nothing” to enjoy a unique life of communion with God – a life that did not exist before and we will never exist again on the earth.

a. but he loves the one who pursues virtue.

b. he makes even his enemies be at peace with him.

c. keeping watch on the evil and the good.