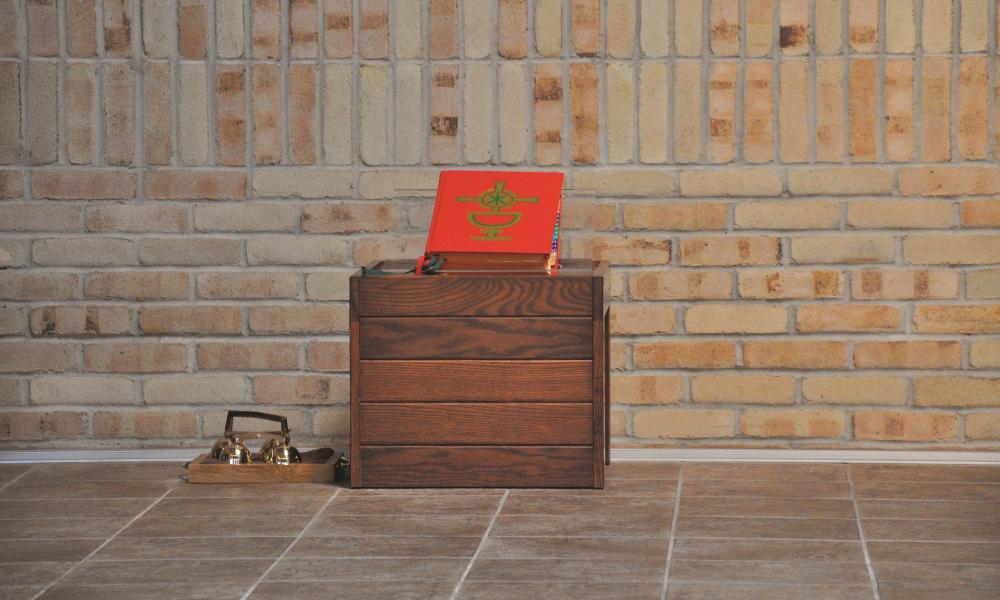 The history of liturgical books

We reverently carry in the Book of Gospels in the opening procession of Mass. The server brings the sacramentary to the priest so that he might recite the opening prayer. The reader approaches the ambo and reads from the lectionary.  But what is the history of these sacred books and why are they so important to how we worship?

Our liturgical texts bear witness to an “unbroken tradition” (GIRM 6) of how the church has worshipped for 2,000 years. The third edition of the Roman Missal, which we will use in November 2011, is the latest step in this tradition.

In the early church, worship was conducted by improvisation, with the presider “giving thanks to the best of his ability.” (Justin Martyr, c. 160) Rituals and texts were influenced by Jewish synagogue practices. This was an oral culture and only gradually did presiders start to write things down, often on scrolls made of animal skins, then in a “codex” (similar to a book as we now know it). These small liturgical books, libelli, were often only a few pages long and contained prayers for one or more celebrations. The earliest standardized eucharistic prayers seem to date from the third century.

By the fourth century, as worship became more formalized and with growing concern for orthodoxy, there was a trend toward standardization of the prayers and readings that would be used at various rituals and on various days of the year. Yet, there was still a variety of expressions in multiple liturgical centers, from Rome to Jerusalem, from Antioch to Egypt.

In the next few centuries, more extensive books appeared, such as the Leonine Sacramentary – a rather disorganized collection of libelli that appeared at the end of the sixth century and was erroneously attributed to Pope Leo I (440-461). The Old Gelasian Sacramentary (seventh-eighth century) had three sections organized according to the liturgical year. Roman in origin, it was later enlarged by Frankish practitioners. The Gregorian Sacramentary (late eighth century) was a book intended for the exclusive use of the pope and eventually developed into three different products. In 785, Pope Hadrian gave one of these to Charlemagne (d. 814), who extended its use throughout his empire. Extensive additions gradually were made for local use.

Other liturgical books, too, were developing in the first nine centuries. Where once a Bible had simply been marked with marginal notes, it became a more practical matter to organize the readings into epistle books (epistolaries) or gospel books (evangeliaries). As early as the fifth century, lectionaries organized selected passages (pericopes) according to the liturgical year.

Early church ordos (plural – ordines) contained rubrics, or instructions, for how the Mass, sacramental rites and other ceremonies were to be performed. A series of famous Roman Ordines became the norm for papal, episcopal, monastic and parochial practices. All these now provide fascinating glimpses into how early worshippers celebrated initiation, ordinations, Masses, funerals and even coronations.

By the end of the first millennium, the church was using full missals, with everything one would need for Mass – chant texts from the antiphonary, readings from the epistle book and the gospel book, prayers from sacramentaries, and instructions from the ordines. (cf. From Age to Age by Edward Foley, The Liturgical Press, 2008)

Partly in reaction to the Reformation, the Council of Trent (1548-1563) called for uniformity in the liturgical books, using Latin, the language of scholarship. Soon after, the church received a breviary (1568), the Missal of Pius V (1570) and the Roman Ritual (1614). Using the recently-invented printing press (c.1440), the church decreed that all dioceses and religious communities whose liturgical traditions were less than 200 years old would use these books. Though they underwent some changes in the next 400 years, they remained relatively unchanged until the Second Vatican Council (1961-1965).

In our next installment, we’ll trace the history of our liturgical books since the council. In the meantime, listen carefully to the beautiful texts of our Mass and appreciate that as you pray, you are echoing the prayers of Christians long before us.

A: St. John Chrysostom (345-407). St. John Chrysostom is the Doctor of Preachers. Known for his eloquence in preaching, this Patriarch of Constantinople was given the Greek surname chrysostomos, which means “golden mouthed.” As perhaps the best preacher in the early church, his sermons continue to be his most lasting legacy.

St. John Chrysostom is also remembered for his denunciation of all abuse of authority by both ecclesiastical and political leaders. This denunciation, combined with his efforts to reform his clergy, who were often criticized for their high lifestyle in Constantinople, created many enemies for him. He was condemned by at least two emperors and many bishops who resented his popularity among the people. He was exiled several times and eventually died while being forced to travel on foot into a final exile during the fall rainy season to a fortress on the Black Sea.

His influence is best felt today in the Catechism of the Catholic Church, which cites him in 18 sections.

He is the patron saint of orators.

Pilgrimage destination of the month

Moscow is the capital and largest city of Russia and one of the largest cities in the world. It is famous for its architecture and artwork and it is also the religious center of Russia.

The Trinity Monastery of St. Sergius is the center of the Russian Orthodox Church and holds such treasures as white stone Trinity Cathedral (1423) and the famous icon The Trinity by Andrei Rublev.

The Novodevichy Convent, founded in 1524, was built as a fortress. It was closed down in 1922 by the Bolsheviks and was made into the Museum of Women’s Emancipation. Josef Stalin then sanctioned the Moscow Theological Courses at the convent in 1943, which later became the Moscow Theological Institute. In 1994, nuns returned and the convent is currently under the authority of the metropolitan of Krutitsy and Kolomna.