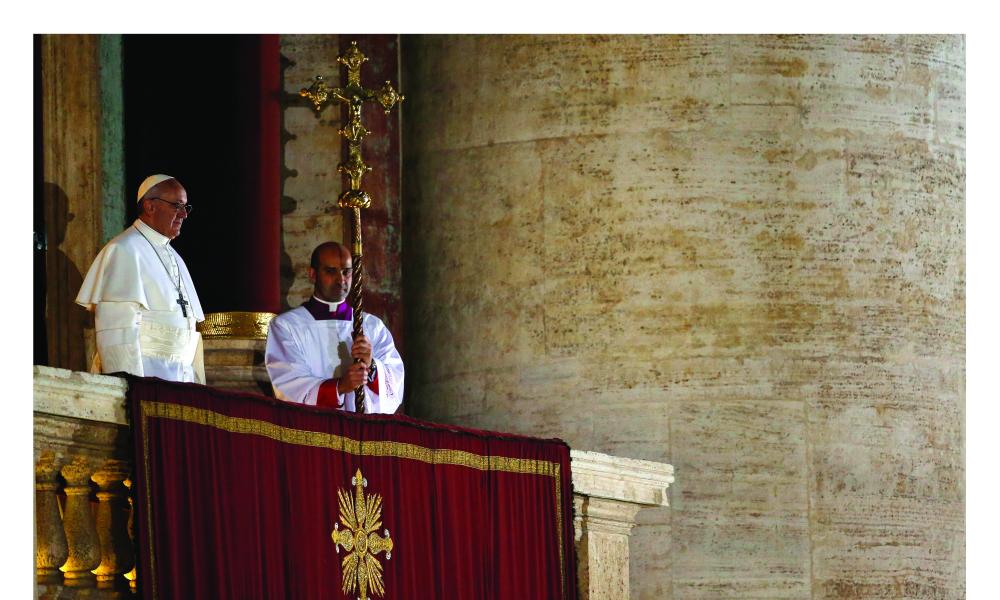 Habemus Papam! We have a pope!

A Number of “Firsts”

The result of the papal election is significant for its number of “firsts.” For the first time in 100 years, the conclave arrived at a consensus on the 5th ballot. Jorge Mario Bergoglio is the first pope to take the name, Francis. He is also the first non-European pope in modern times, the first South American pope, and the first Jesuit pope.

The Society of Jesus

The Society of Jesus is a Roman Catholic religious order. Its members are called Jesuits. Co-founded by St. Ignatius of Loyola and St. Francis Xavier among others in 1534, the society is engaged in evangelization and apostolic ministry in 112 nations on six continents. Jesuits are known for their founding of schools, colleges, universities, and seminaries, their scholarly research, and their missionary work. Spiritual direction, retreats, parish and hospital ministry, ecumenical dialogue and promotion of social justice are all characteristic of the Order.

Many argue that the name the pope chooses carries a great deal of significance in terms of how the pontiff will reign and what will be important to him. At first, it was unclear who the pope had in mind when he chose the name Francis. The two most likely candidates were St. Francis of Assisi and St. Francis Xavier. A case could be made for either one. St. Francis Xavier was a co-founder of the new pope’s religious order, the Society of Jesus. But according to Cardinal Timothy Dolan of New York, the new Pope Francis told a gathering he chose Francis in honor of St. Francis of Assisi, for whom he has a special devotion.

St. Francis Xavier, S.J., (1506 – 1552) was born in what is now Spain and is much venerated in Spain and other Latin countries. He became a missionary, particularly in Asia. He was influential in spreading the faith in India, but also evangelized countries like Japan where no Christian missionary had ever been. He was known as both an organizer and a pioneer and is reputed to have converted more people than anyone since St. Paul.

St. Francis of Assisi (1181/1182 – 1226) was born in Italy and founded the Franciscan Order, the Order of St. Clare, and the Third Order of St. Francis. He was a friar known for his preaching and he is one of the most venerated religious figures in history. After a vision, Francis renounced his life of wealth and began to live a life of poverty. He was the first recorded person to receive the stigmata, the wounds of Christ’s Passion. He is the patron saint of animals, the environment, and Italy (with Catherine of Siena.)

The crowd in St. Peter’s Square grew silent as Jorge Mario Bergoglio, 76, recited the Lord's Prayer and a Hail Mary. The newly named Pope Francis then asked the crowd to pray for him before he blessed them.

It was a move consistent with descriptions of his character. As the Archbishop of Buenos Aires, a post he held from 1998 to 2012, Cardinal Bergoglio chose to live in an apartment heated by a small stove with a simple bed rather than live in the church mansion. He also gave up his chauffeured limousine for public transportation and cooked his own meals. He was known for his humility, doctrinal conservatism, and commitment to social justice.

One of five children of an Italian railway worker and his wife, Cardinal Bergoglio had a lung removed due to infection when he was a teenager. He earned a master's degree in chemistry before entering studies at the seminary. He joined the Jesuits in 1958 and was ordained a priest in 1969. He taught theology before becoming the rector of the seminary where he had studied.

After becoming Archbishop in 1998, he was named a cardinal by Pope John Paul II in 2001. He was also appointed to several administrative positions in the Roman Curia serving on the Congregation of Clergy, Congregation of Divine Worship and Sacraments, and the Congregation of Institutes of Consecrated Life among others. He speaks Spanish, German, and Italian.

By the Numbers: Archdiocese of Buenos Aires

The new pontiff will face a plethora of challenges. Attacks on the sanctity of life, marriage, family life, and religious liberty are just the tip of the iceberg. Here are some others:

On March 13, the new Pope Francis, formerly Cardinal Jorge Mario Bergogilio of Buenos Aires, Argentina stepped  out on the balcony on a rainy night as the 266th pontiff of the Catholic Church. Cardinal Bergoglio had been discussed as a leading candidate for the papacy in the weeks leading up to the conclave and was considered a leader in the previous papal election.

Diocese of Lansing mass of Thanksgiving

On Tuesday, March 19, the Solemnity of St Joseph, Patron of the Church, Bishop Earl Boyea, Bishop of Lansing, celebrated a Mass  of Thanksgiving for the election of Pope Francis at St Mary Cathedral.

White smoke rose from the Sistine Chapel chimney and bells rang out across the Vatican City on March 13, 2013, shortly after 7 p.m. (Vatican City time) in announcement of the election of a new pope. Approximately an hour later, Proto Deacon Cardinal Jean-Louis Tauren stepped out onto the balcony of St. Peter’s Basilica to inform the world that Cardinal Jorge Mario Bergoglio, S.J., of Buenos Aires, Argentina, had been made pope and would assume the name of Francis.