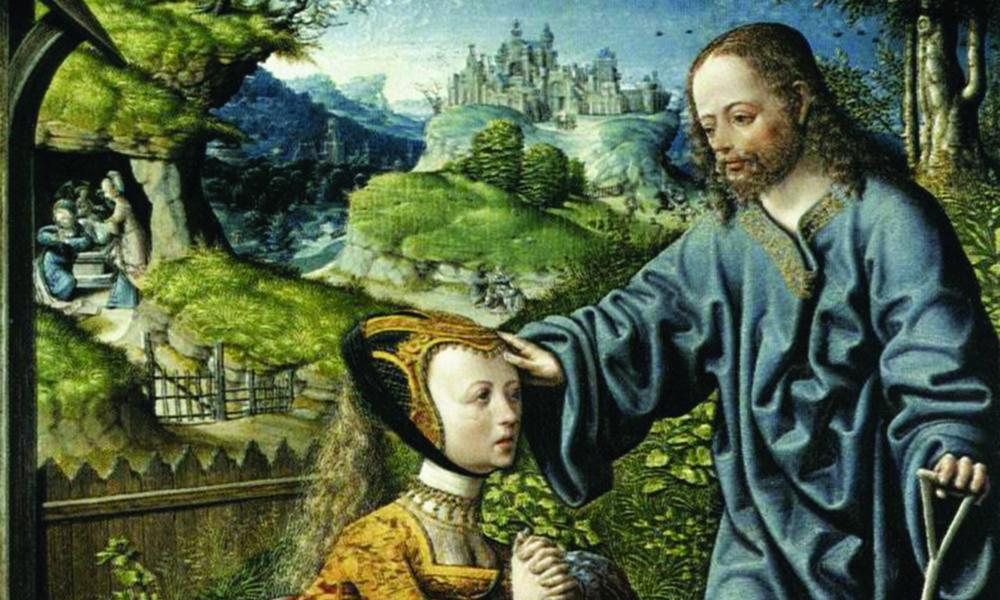 Do you have the faith of Mary Magdalen? Or doubting Thomas?

To begin this month’s spiritual journey, read the Gospel of John, chapter 20.

I have chosen this passage because it speaks so much to us about our faith. The resurrection calls for faith – it is the core of the Gospel. We can’t just bypass the commitment it calls for and still consider ourselves Catholics or Christians.

Here in this month of the Resurrection – the glorious feast of Easter – let us ask ourselves a few questions:

1. Do I believe that Jesus rose from the dead?

2. Do I believe that Jesus conquered death so that our death would not be eternal, but a passage from this life to the next – to eternal glory in union with the Father, Son and Holy Spirit – to union with the very Source of all truth and beauty and goodness?

3. Do I really believe that Jesus paid the price for my sin with his life and made it possible for me to inherit the kingdom of heaven – if only I live obedient to God’s law?

4. Do I know, really know, that when I fail and sin, God’s mercy will restore me to the inheritance that is mine, if I but repent, it is because of his great love? Make your own personal assessment before you continue reading.

Now, let’s examine the Gospel I asked you to read. Jesus died upon the cross; the disciples saw it and knew clearly that he was dead. Hope seemed lost. Many of the disciples hid themselves, hoping that the authorities would not come after them, too, now that their leader was dead.

Mary Magdalen went to the tomb on the morning after the Sabbath – even before the sun came up – to anoint Jesus’ body. She saw the stone in front of the tomb rolled away. Panic-stricken that grave robbers had already been there or that authorities had removed his body for their own reasons, Mary Magdalen raced to Peter and John to tell them the news. John and Peter ran to the tomb to see for themselves. Now notice, the passage tells us that John saw and believed, but the Scripture is silent about Peter. Both of them left – Peter most probably confused and exhausted at this new development, but John, perhaps, knowing how loved he was by Jesus, clung to faith and hope.

Mary Magdalen was outside the tomb, weeping, when Jesus appeared to her – but she did not recognize him. She believed him to be dead and her mind cannot process this so quickly. But Jesus called her by name. The sound of his voice, calling her name, changed everything. Awed and overjoyed, she became the first evangelist bringing the news – “He is risen!” – to the other disciples.

That evening, Jesus walked through the door of the building where the disciples were hiding. He showed them the marks of his wounds. They believed and he sent them forth to bring this good news to all.

1. Can you picture yourself as one of these disciples. How would you have handled it?

2. Would you have believed? Be honest! Here in these same verses, Jesus speaks to us: “Blessed are those who have not seen and still believe!” God is speaking to your heart in this verse. Ask him for a strengthening and deepening of your personal faith in him.

3. Or would you have been like Thomas? He wasn’t with the others when Jesus came and he needed proof.  Do you have some of Thomas’ arguments working in you against faith?

Whose faith is most like yours? Are you like Peter, John, Mary Magdalen, Thomas, the other disciples present in the room?

This is the great season of the resurrection. There is grace for you to increase your faith or to receive the grace to begin again. Jesus never lies. His promises are sure! I will pray for you that the gift of faith may flourish in your minds and hearts.