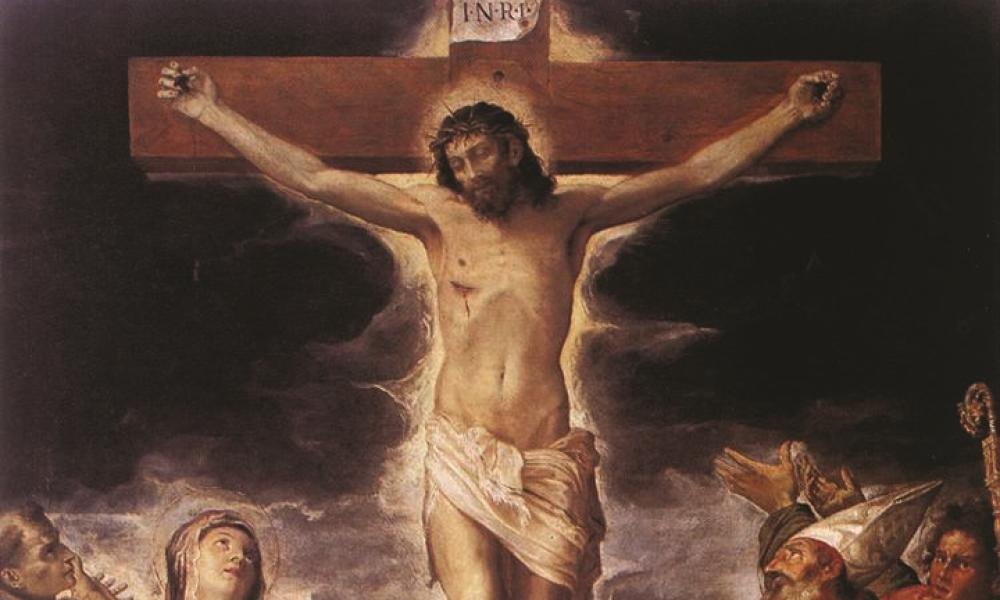 If God created everything, did he create evil? What does God choose and what does God allow? What was the point of the crucifixion " was it necessary?

OK,  bunches of yummy questions here; the first three are similar so I'll talk about them together " let's go:

If you look at an article I recently wrote, I commented on what evil is. To briefly summarize, evil is a lack of good. Think of it like a glass of water. Optimist and pessimist jokes aside, we do define whether something is a glass of water by how much water it has; the more water you take out, the less accurate it is to call it a glass of water. In the same way, the more good we take out of a situation, the more evil it is. So, did God create evil? No " evil isn't something, it is a lack of something. Take that apart in your mind for a bit and see if it helps.

Second, what was the point of the crucifixion; was it necessary?

Absolutely. Let's take a look at our Catechism of the Catholic Church; section 599 and 601:

'Jesus' violent death was not the result of chance in an unfortunate coincidence of circumstances, but is part of the mystery of God's plan ... .' (CCC 599)

'The Scriptures had foretold this divine plan of salvation through the putting to death of ‚Äòthe righteous one, my Servant' as a mystery of universal redemption, that is, as the ransom that would free men from the slavery of sin.' (CCC 601) The emphasis is mine here; please read the rest of 601 in your catechisms " it is dynamite.

See, when our first parents sinned, their actions introduced sin and death into the world. They made, quite literally, a deal with the devil. In this deal, the devil promised them that they would be like God. All they had to do to get this life was disobey God. Adam and Eve agreed to this deal and 'handed over the reins' to the devil. Sin and death came into the world, as well as the ability to choose right and wrong. Because of this decision, the law was born. The law basically gave people a list of what was the right thing to do and what was the wrong thing to do.

The problem with the law was and is that it only addresses the actions of people and not their hearts. Plus, it encourages arrogance, because as it turns out, it is quite possible to follow the law perfectly and claim you are righteous all on your own. You can see yourself as obeying God and yet treat people with contempt! Anyone who works in the church can tell you of brushes with people who understand, know and follow the law, yet treat people in a way that is completely unacceptable.

Now, since the law became, in the words of Paul, a trap " and only worsened the cycle of sin, Jesus entered the picture. A key component to the story of Jesus is his death.

Jesus' death came in part as a result of his 'yes' to God. He cried out in the garden, 'Not my will but yours be done.' This is in contrast to us. Adam and Eve chose a way the devil assured them would lead to a divine life, but really only led to death. Jesus, by saying 'yes' to death, trumped that disobedience and ushered in the possibility of life for us all.

Jesus didn't just die for us though, he also rose for us. His death made possible the resurrection. His resurrection transformed us. Look at Romans 6;  Paul reminds us that our sinful nature (the one given to us by the legacy of Adam and Eve) has been put to death by Jesus. When Jesus rose, he restored in us the freedom of the children of God.

So, did Jesus need to die? Yes. His death put our sinful natures to death. Jesus also needed to rise, to restore our nature to God's goodness and grace. Jesus' obedience even unto death trumped our disobedience in the quest for false life.

Jesus' death also made possible his resurrection, which gave us new, transformed hearts of flesh. Blessed be the name of the Lord!

Enjoy another day in God's presence!