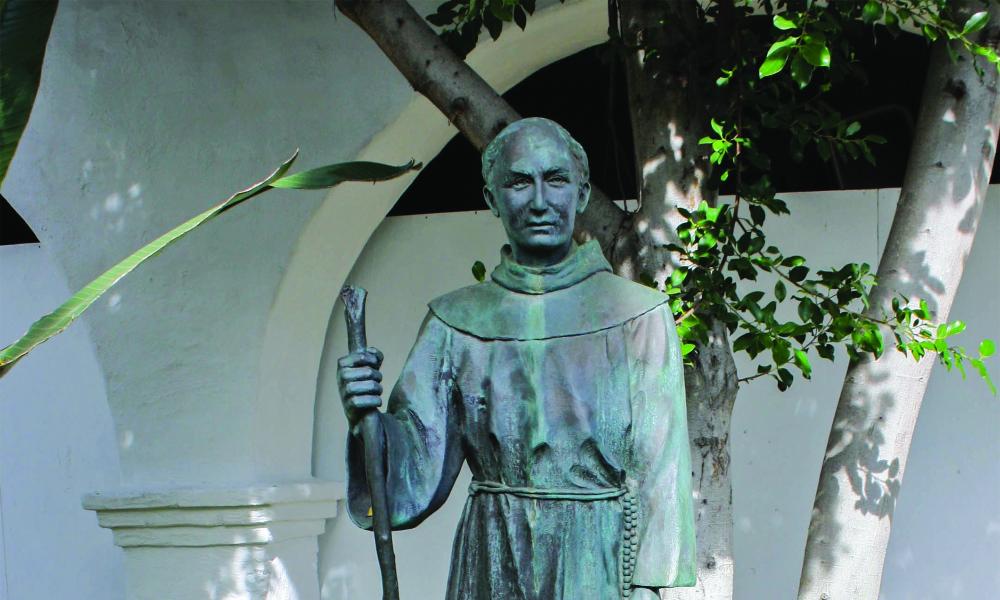 On Sept. 23, 2015, Pope Francis canonized Junípero Serra at the Basilica of the National Shrine of the Immaculate Conception in Washington D.C., in front of a crowd of approximately 25,000. It marked the first time a saint had ever been canonized on U.S. soil.

Serra was a Spanish Franciscan missionary who established nine missions, including San Diego, in present-day California between 1769 and 1782. His canonization sparked controversy, as some objected to some methods he used in trying to convert the Native Americans to the Catholic faith, such as corporal punishment for those committing offenses. However, at the same time, Serra clashed with Spanish authorities over the way soldiers treated the native peoples. Pope Francis told those attending the canonization that Serra “sought to defend the dignity of the native community, to protect it from those who had mistreated and abused it. Mistreatment and wrongs which today still trouble us, especially because of the hurt which they cause in the lives of many people.” The pope then met with Native American representatives following the Mass.