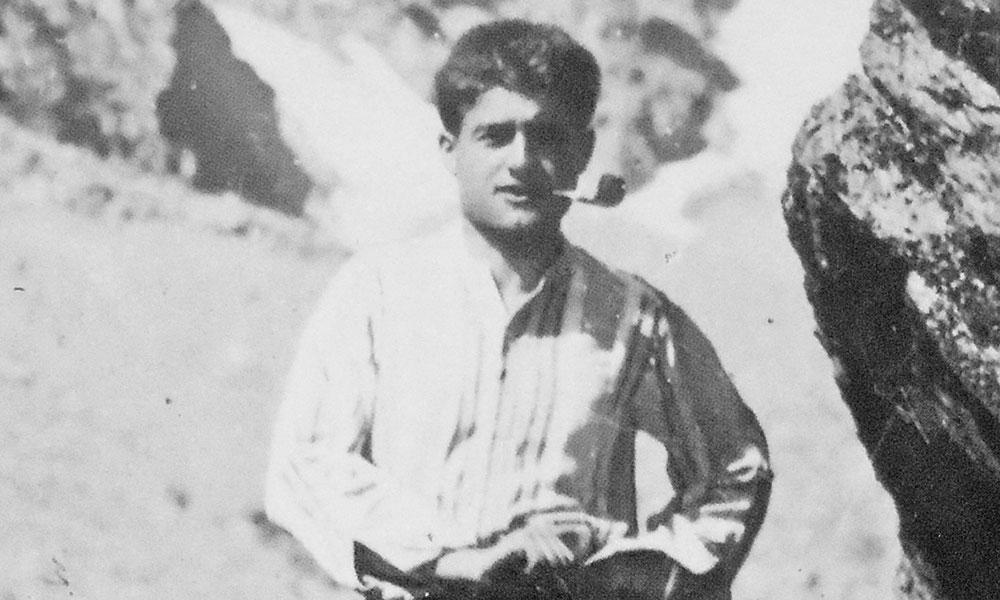 A 20th-century Apostle of Christ

Blessed Pier Giorgio Frassati has been described as an ordinary young man with an extraordinary faith. However, his biographies depict the avid mountain-climber, athlete and socially active youth as one of those extraordinary people whose passionate love of life attracts and inspires others. The love of God was the force that magnified these charismatic qualities in Pier Giorgio. In the words of St. John Paul II: “Faith and charity … transformed him into a joyful, enthusiastic apostle of Christ, a passionate follower of his message and charity.”

Pier Giorgio, who was born in Turin, Italy, in 1901, expressed concern for the poor from an early age. When he graduated from his schooling, he chose a gift of money instead of a car so he could give the money to the poor. He became a mining engineer “to serve Christ better among the miners.”

He continued helping the poor, often giving his coats to the homeless and buying clothing at pawn shops to return to families forced to pawn it. His compassion grew as his love for God deepened – nourished by prayer, studying Scripture and the writings of St. Catherine of Siena, and especially by attending daily Mass. As he once said: “Jesus pays me a visit every morning in holy Communion, and I return the visit in the meager way I know how, visiting the poor.”

Pier Giorgio believed helping the poor required social reform based on the Church’s social teaching. He became a social and political activist, and joined Catholic Student organizations. He helped to organize the first convention of Pax Romana in 1921, an association whose goal was to unite Catholic students around the world to work for peace. His passion and sincerity inspired other young people to join him in promoting reform and opposing Fascism.

Pier Giorgio died on July 4, 1925, after contracting polio in June. His final act was scribbling a note to a friend to ensure that medicine would be taken to someone he had been helping. Thousands of the poor of Turn lined the streets to mourn him, and petitioned for his canonization in 1932, just seven years after his death.

In 1989, Pope John Paul II visited his tomb in Italy and said: “I wanted to pay homage to a young man who was able to witness to Christ with singular effectiveness in this century of ours.” Pier Giorgio was beatified in St. Peter’s Square in Rome in 1990.