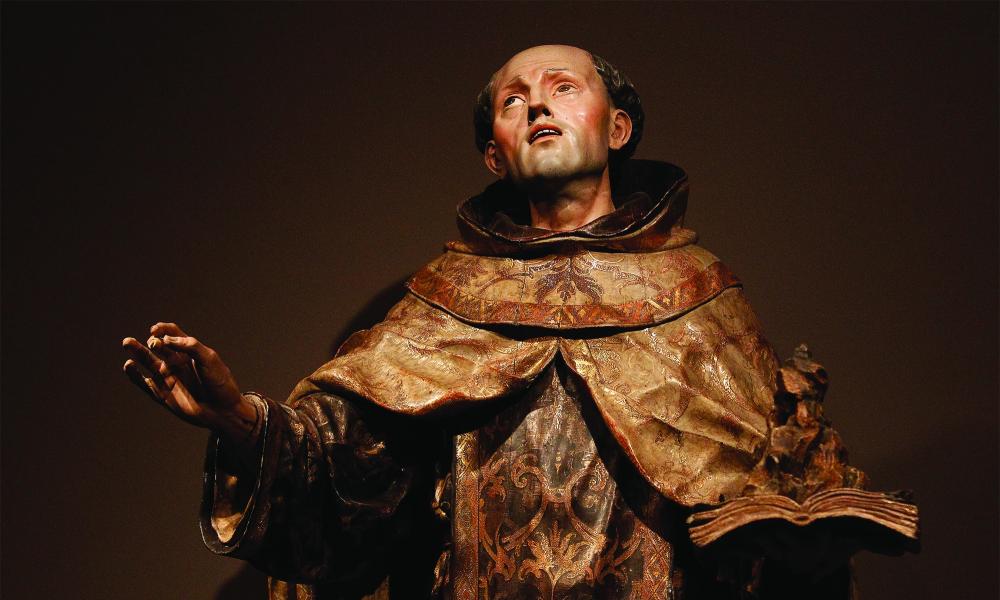 St. John of the Cross

St. John of the Cross, born Juan de Yepes Álvarez, (June 24, 1542 – Dec. 14, 1591) holds the title of Doctor of the Church. He was a Carmelite friar and priest, a mystic, and a major figure of the Counter-Reformation. His writings and poetry, including Ascent to Mount Carmel, Dark Night of the Soul, and A Spiritual Canticle, are considered to be the summit of mystical Spanish literature.

He also founded the Discalced Carmelites with St. Teresa of Avila. It was an attempt to reform the Carmelite order through a return to a life of prayer. However, many in the order felt threatened. This led to St. John’s kidnapping and imprisonment. He spent nine months in a tiny cell, during which time he was also beaten three times per week. It was during this dark time that he wrote much of his mystical poetry.

Upon his escape, he spent his life sharing and explaining his experience of God’s love. Instead of anger and resentment, his imprisonment and harsh treatment produced the mystic who would say, “Where there is no love, put love – and you will find love.”

St. John of the Cross also provides invaluable advice to those who would set out to travel the path to holiness in his classic works. In Dark Night of the Soul, he addresses certain “spiritual imperfections” which “beginners” often have with respect to the capital sin of pride. For example, he writes that beginners normally consider themselves to be fervent and diligent in spiritual things and devotions. This sense can lead to a secret form of pride, whereby “they come to have some degree of satisfaction with their works and with themselves.”*

What are the red flags that indicate we might be falling prey to spiritual inflation? Avoiding spiritual directors or other spiritual authorities who do not grant unconditional approval of one’s spiritual experiences, attitudes and behaviors is a sure sign. Other indicators according to St. John are an anxiousness to give outward evidence of one’s spirituality and devoutness, a tendency to minimize one’s faults, or a tendency to become overly distraught over one’s faults, as if one is already a saint.

Humility, of course, is the defense and antidote to pride, whether spiritual or not. It flows from the recognition that all comes from God for the benefit of all humanity. It is only through emptying ourselves that we can see that what is impossible for us, is possible only through God.