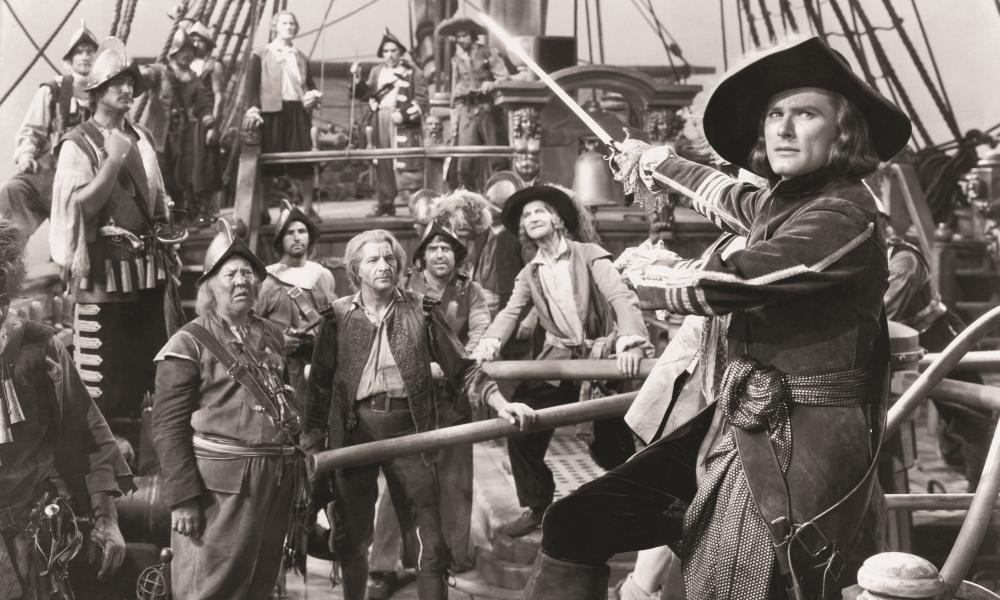 Are you fighting the good fight?

"En garde!'  Swashbuckler movies are fun to watch, but do you realize that you are in one? It's called life. Like Jesus, who had to contend with the evil one, so do we. Jesus called the devil the 'father of lies' and 'a murderer from the beginning.' (John 8:44) We must remember that 'our struggle is not with flesh and blood but with the principalities, with the powers, with the rulers of this present darkness, with the evil spirits in the heavens.' (Eph 6:12) Jesus warned his disciples about the work of the evil one. At the Last Supper, he said to them, 'Behold. Satan has demanded to sift all of you like wheat, but I have prayed that your own faith may not fail.' (Luke 22:31-32) Jesus taught that the devil tries to steal God's word from the human heart so that 'they may not believe and be saved.' (Luke 8:12) Scriptures reveal that Satan was working on Judas Iscariot to betray Jesus. At the Last Supper, instead of Jesus entering more deeply into Judas' heart, Satan did. (John 13:26-27) The work of evil is real, and even people of good will can be entangled in its snares. 'Your opponent the devil is prowling around like a roaring lion looking for [someone] to devour.' (1 Peter 5:8)

The reason I stress this is because I often see a lot of misdirected energy. The devil likes to create fights and disturbances through speech, and because people are not aware that they are in a battle with the evil one, they end up fighting each other. Awareness of the battle is half the battle. Unfortunately, our lack of awareness can cause big problems. Take the use of the tongue. It can be an instrument of grace when it delivers God's word, or an instrument of destruction. 'Cursed be gossips and the double-tongued, for they destroy the peace of many.' (Sir 28:13) One of the characteristics of the evil one is lying. For good spiritual health, we must become aware when we are participating in gossip, rumors, detraction (disclosure of another person's faults or failings to those who do not know them), character assassination and lies. All are a part of the devil's malice. I recently came across a good example of this.

Some years back, Cardinal Joseph Bernadin was falsely accused of sexual abuse. Stephen Cook was very ill with the HIV virus, and he had publicly accused the cardinal of sexual abuse from earlier in his life. The press ran with the story and Cardinal Bernardin had to endure bad press for quite a while. His suffering was great, but the cardinal knew who he was really fighting. It was not Stephen. Eventually, the truth came to light. Stephen had made up the whole story.  Cardinal Bernardin could have reacted in a number of ways, but by the Lord's grace he showed us the way to overcome evil. The cardinal went to see Stephen and offer reconciliation to him. That is the best way to heal the wounds of evil. Humility and forgiveness put the devil to flight.

In the Cardinal's book, Gift of Peace, he wrote:

I accepted Stephen Cook's apology. I told him I had prayed for him every day and would continue to pray for his health and peace of mind. It became increasingly clear that he was in precarious health. I then asked whether he wanted me to celebrate Mass for him. At first he hesitated. 'I'm not sure I want to have Mass,' he said haltingly. 'I have been very alienated from God and the church for a long time.' He said that on several occasions, while in a hotel, he threw a Gideon Bible against the wall in anger and frustration. Perhaps, he said, just a simple prayer would be more appropriate.

I hesitated for a moment after that. I'm sure our county would react to the gift I removed from my briefcase. I told him I would not press the issue but did want to show him two items I had brought with me. 'Stephen', I said, 'I've brought you something. A Bible I have inscribed to you. I do understand and I won't be offended if you don't want to accept it.' Stephen took the Bible and pressed it to his heart as tears welled up in his eyes.

I then took a 100-year-old chalice from my case. 'Stephen, this is a gift from a man I don't even know. He asked me to use it to say Mass for you someday.' 'Please,' Stephen responded cheerfully, 'Let's celebrate Mass now.'

Never in my entire priesthood have I witnessed a more profound reconciliation. The words I am using to tell you this story cannot begin to tell you the power of God's grace that afternoon. It was a true manifestation of God's love, forgiveness and healing that I will never forget.

Kevin, Stephen's friend, asked if he, a non-Catholic, could attend and I told him it would be fine. We all went to the seminary chapel where, with great joy and thanksgiving, Father Donohue and I celebrated Mass for the Feast of the Holy Family. We all embraced at the greeting of peace and afterward I anointed Stephen with the Sacrament of the Sick.

Then I said a few words. 'In every family there are times when anger and alienation are present but we cannot run away from our family. We have only one family and after we have fallen out we must make every effort to be reconciled. So too, the church is our spiritual family. Once we become a member we may be hurt or become alienated, but it is still our family. Since there is no other we must work at reconciliation. And that is what we have been doing this very afternoon.'

The cardinal has given us a perfect example of how we can battle evil and overcome it. We do so with courage, humility, forgiveness, and love.

If you are a victim of gossip, lies or false accusation, your task is to pray for the grace to forgive and not seek revenge. If it is possible, confront the falsehood. Sometimes you may be in a position where you cannot defend yourself because of the nature of the gossip. The Lord had to endure many people's false ideas of him, some even thinking he was the son of the devil. He confronted falsehood with the truth of his words and deeds. Sometimes, that meant being silent. Reflect on the cross of Jesus and pray Psalm 69. Remember Jesus' words: 'Blessed are you when they insult you and persecute you and utter every kind of evil against you [falsely] because of me. Rejoice and be glad for your reward will be great in heaven.' (Matt 5:11-12)

If you have trouble with the tongue, give it to God. Say this prayer:  Dear God and Father of our Lord Jesus Christ, you spoke my name and in love created me. May I learn from this. Father, you have made me and others in your own image and likeness. May I be more like you in my speech. Father, I offer my tongue to you that it may be used as your instrument of truth and healing. May my mouth praise you, may my words be used to build up the good in others. May you put a guard around my mouth so I may not speak rash words, false words or lies. Keep me from all gossip or suggestive talk. Help me to glorify you in all that I say and do in Christ Jesus my Lord. Amen.